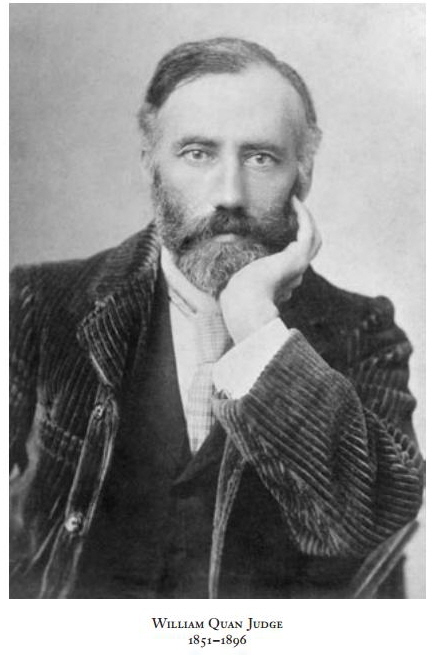 The following suggestions arise from experience and are due to facts in the Theosophical world.

Don't speak or write as if morality and ethics were unknown before HPB wrote The Voice of the Silence. Some of our devoted band have been heard to speak in such a way that hearers thought the speaker meant to convey the idea that only in The Voice or other similar books of ours could be found the high and correct ethics by which one ought to guide his life. Buddhism, Christianity, and all the other religions teach the same morals, and literature is full of it.

Don't explain everything by one theory. To wit; do not be so inadequate as to brush off the whole of Spiritualism with one word, "all spooks and shells." You will be wrong if you do so, and the result will be antagonism.

Don't say that science is all wrong and that men of science are materialists. Huxley has done us good service; he has but lately admitted consciousness to be a third factor in the universe, not a part of force and matter; and Spencer has many a good thing in his works. Besides, if you want HPB on the matter, you can read her words that the truth is to be found in a union of science with occultism.

Don't think or say that phenomena are good stepping-stones to Theosophy. They are not, for those who stand upon them will fall from them to their hurt.

Don't run down the spirit of true Christianity, nor imagine that we can get ministers and congregations en masse to change into Theosophists. The true spirit of Christianity, as meant to be taught in the beginning, is doubtless Theosophy, but truth is not aided by running amuck among the faith of a whole people.

Don't say that HPB has been reincarnated unless you know it and are able to prove it. To say you think so is not proof. She may or may not be, and either way the work must go on.

Don't talk as if messages from the Masters are all precipitated on rice paper, the writing incorporated in the paper, and such child's talk, indulged in only by those who do not know. And forget not that precipitation proves only that something was precipitated. It can be done by mediums and by various sorts of occultists.

Don't think or say that the only true occultism is found in the East, or that we must go to the East for it, or that the West has none of it. Remember that the greatest known Adept was a Western woman, a Russian, and that the energy of the lodge of Masters was first expended here in the West in this age. If so, is it not reasonable to suppose that the West has its occultists even though hidden? Recollect also that HPB received in her house in New York before witnesses Western men of occult science who worked wonders there at times.

Perhaps it is as has been hinted many a time that the true thing is to be found in a union of the East and the West. The terms Guru and Chela have been misused so that all too many are looking to India for help, from which they will get but little until the West is itself full of wise students of occultism who know the meaning of being placed by karma in the West. The fact is, again, that in the East the men are looking to the great Russian woman for the very spiritual help that first shed its rays upon the West unmistakably. Again, there is extant a letter from the Mahatma K.H. to a Western man wherein it said that he should work in his own land and forget not that Karma so demanded.

Don't teach that vegetarianism is the road to heaven and spiritual growth. Was riot the great Nazarene right when he intimated that, the kingdom of heaven being within, it did not come from eating or drinking? And has not our old friend HPB written suggestively that cows and elephants are pure vegetarians? Reflect on the fact that some of the very best people on earth were meat-eaters, and that wicked or gross thoughts are more hurtful than the eating of a ton of flesh.

In fact, don't fail to exercise your common sense on all and every occasion.