Seeing through Our Heart 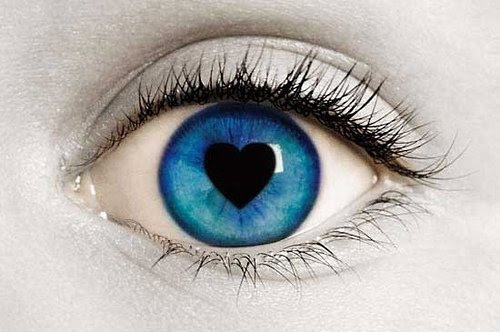 There is only Oneness, the fundamental unity of all existence, only One Being. This idea forms the basis for every conception of the secret doctrine or esoteric philosophy, which is meant to lead us towards the Truth. In Mahatma Letter number 13 Master Morya says that in their doctrine we will need to embrace the whole, blend the macrocosm and microcosm together. Can we do that?

The One Being has two aspects, positive and negative, or active and passive, or male and female. The positive is Spirit or consciousness and the negative is substance or matter which is subordinate to Spirit. Oneness is manifesting itself as a double principle; Gnostics hold these two immutables, light and shadow, good and evil, as virtually one, and having existed through all eternity will ever continue to exist as long as there are manifested worlds. There is neither good nor evil per se independent of the other. Shadow is what enables light to manifest itself.

In the 'Great Book of the Mysteries' we are told that: 'Seven Lords created seven men; three Lords (also called Dhyan Chohans or Pitris) were holy and good, four were less heavenly and full of passion.' This accounts for the differences in human nature, which is divided sevenfold, into seven gradations of good and evil. According to The Secret Doctrine each principle or aspect is related to a plane, a planet and a state of consciousness or maybe each principle is related to a Lord, three are holy and good, spiritual and active; four are less heavenly and passionate, material or passive.

When Spirit and Matter are separated they are unconscious and become conscious when brought together. The bridge is manas, or the living fire, the mind-principle. Man is a thinker and mind enables him to become self-conscious. That this principle is awakened in humans is due to the Sons of Wisdom, also called the 'flames' or 'spiritual Lords'. They had reached during previous cycles of incarnations that degree of intellect to enable them to become independent and self-conscious, free intelligences. They were destined for karmic reasons to incarnate and to endow us with mind. All humans consisting of spirit and matter and manas can conceive Oneness and live consciously in Oneness.

The world we live in, however, belies it. There seems to be no oneness at all, but separation, war, aggression, violence, misuse of humans and animals. Even where there is apparent peace there is delusion, envy, greed and so on. We had said that matter is subject to Spirit. Does it look so in our world? Are the four less heavenly principles subject to the holy and good ones? Is it not that matter or the material side dominates, and the spiritual side hardly to be seen?

The highest faculties of manas connect with Spirit. The lower faculty links with matter, drags the mind down. It is called kama-manas. This kama-side is full of passions and desires. Although not evil in itself it is vivified by the principle of energy, called prana, which awakens karmic germs and makes desires vital and living. We do not use the kama-manas properly, especially when directed for selfish ends. However, kama may prove beneficent when we yearn to help others or gain knowledge, when directed for spiritual ends. But even so, it is by kama that the holy and good aspects of our spiritual part are frequently defeated.

Dragged down by matter through karmic-impulses we separate ourselves from Oneness. The feeling of responsibility for this marks the beginning of wisdom. Ahamkara, the feeling of egotism, self or I-am-ness or ignorance is beginning to fade out. We have to conquer our ignorance, know life's true purpose, learn to discriminate. And we are helped by our discriminative faculty, the buddhi. Buddhi awakens and enlightens us.

Buddhi, the vehicle of Atma, is identical with the universal Spirit and together they represent spirit in man. So we can think, discern as to what comes from the kama-manas and what from buddhi-manas. It is up to us! Do we choose to follow our materialistic desires (including technological, intellectual achievements) and be dragged down by kama? Or do we choose to direct manas towards our buddhic principle and contact the Spirit?

The SD says that the transcendentally spiritual conceptions are adapted only to the perception of those who 'see without eyes, hear without ears and sense without organs'. To perceive the spiritual, we have to go inside! This means a reversal from the outer, material world to the inner spiritual world. Will this be easy? It is not! We are warned of pitfalls, that the path will be steep and thorny, that we will meet furies called doubt, skepticism, scorn, ridicule, envy and especially temptation; that we need a heart and soul clad in steel, of an unfailing determination but humble and gentle, with every evil passion shut out. 'Kill thy desires, Lanoo, make thy vices impotent ere the first step is taken on the solemn journey.' 'Make clean thy heart.' 'Who shall first hear the truth unveiled about the Secret Heart?' (The Voice of the Silence)

The heart is called the cave of Buddha; it represents the centre of spiritual consciousness, like the brain for the intellectual consciousness. The spiritual consciousness cannot be guided by a person, to quote Blavatsky, nor can its energy directed until one is completely united with buddhi-manas. Until then, it can only try and its efforts are helped by growth in purity. We have to purify our whole nature, morally, mentally, emotionally and physically. Blavatsky stresses in particular purity of thought, the effect of a thought being a thousand times more than an action performed without attention. So we have to be on guard with our thoughts. A purified matter-side vibrates in harmony with the spiritual part. The body, admittedly, is not easy to subjugate. Even the highest Adept framed in a new physical body has to struggle to subdue it and finds the going hard. This is due to the automatisms of the body. It is one bundle of habits and repeats mechanically the impulses, good and bad.

All these impulses and desires have originated from thought. Thoughts act on the brain and the so-called lower manas is the agent. So it is not the outer stimulus that arouses the bodily organs but the brain impressed by a thought. Usually habits get quite strong. So to change or reverse them is not easy. To strengthen the spiritual side, we have to concentrate on our heart centre and listen to the pangs of remorse, the pricking of conscience, reproaches for evil, urges to do good and so on. Hearkening to the heart should be made continual. Though success might be far off, a beginning can and must be made to open the path. Master Koot Hoomi considers the great difficulty lies in the Higher Self being able to register on the physical plane. To accomplish this the physical brain must be blanked out to all but the higher spiritual consciousness. Only then the heart can reach the mind. In other words, when the mind sinks into the heart, a totally new power arises.

We are able to experience innerly what the astronauts experience when they jaunt into outer space. They are astonished to see our tiny planet against the vastness of space and perceive its beauty, uniqueness and wholeness. They realize the meaninglessness of boundaries. Yuri Gagarin, the first human to journey into outer space, said: 'What strikes me is not only the beauty of the continents but their closeness to one another, their essential unity.' When we merge mind and heart and see without eyes, hear without ears and sense without organs, we can see the pure and the transcendental.

Only by seeing through our heart can we perceive that one fundamental law, that One Being, Oneness, and dwell in it for ever.