The Mahatmas as Ideals and Facts 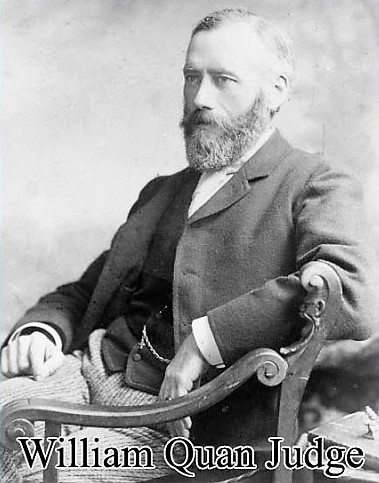 A visitor from one of the other planets of the solar system who might learn the term Mahatma after arriving here would certainly suppose that the etymology of the word undoubtedly inspired the believers in Mahatmas with the devotion, fearlessness, hope, and energy which such an ideal should arouse in those who have the welfare of the human race at heart. Such a supposition would be correct in respect to some, but the heavenly visitor after examining all the members of the Theosophical Society could not fail to meet disappointment when the fact was clear to him that many of the believers were afraid of their own ideals, hesitated to proclaim them, were slothful in finding arguments to give reasons for their hope, and all because the wicked and scoffing materialistic world might laugh at such a belief.

The whole sweep, meaning, and possibility of evolution are contained in the word Mahatma. Maha is "great," Atma is "soul," and both compounded into one mean those great souls who have triumphed before us not because they are made of different stuff and are of some strange family, but just because they are of the human race. Reincarnation, karma, the sevenfold division, retribution, reward, struggle, failure, success, illumination, power, and a vast embracing love for man, all these lie in that single word.

The soul emerges from the unknown, begins to work in and with matter, is reborn again and again, makes karma, developer the six vehicles for itself, meets retribution for sin and punishment for mistake, grows strong by suffering, succeeds in bursting through the gloom, is enlightened by the true illumination, grasps power, retains charity, expands with love for orphaned humanity, and thenceforth helps all others who remain in darkness until all may be raised up to the place with the "Father in Heaven" who is the Higher Self. This would be the argument of the visitor from the distant planet, and he in it would describe a great ideal for all members of a Society such as ours which had its first impulse from some of these very Mahatmas.

Without going into any argument further than to say that evolution demands that such beings should exist or there is a gap in the chain -- and this position is even held by a man of science like Prof. Huxley, who in his latest essays puts it in almost as definite language as mine -- this article is meant for those who believe in the existence of the Mahatmas, whether that faith has arisen of itself or is the result of argument. It is meant also for all classes of the believers, for they are of several varieties. Some believe without wavering; others believe unwaveringly but are afraid to tell of their belief; a few believe, yet are always thinking that they must be able to say they have set eyes on an Adept before they can infuse their belief into others; and a certain number deliberately hide the belief as a sort of individual possession which separates them from the profane mortals who have never heard of the Adepts or who having heard scoff at the notion. To all these I wish to speak. Those unfortunate persons who are ever trying to measure exalted men and sages by the conventional rules of a transition civilization, or who are seemingly afraid of a vast possibility for man and therefore deny, may be well left to themselves and to time, for it is more than likely they will fall into the general belief when it is formed, as it surely will be in the course of no long time. For a belief in Mahatmas -- whatever name you give the idea -- is a common property of the whole race, and all the efforts of all the men of empirical science and dogmatic religion can never kill out the soul's own memory of its past.

We should declare our belief in the Adepts, while at the same time we demand no one's adherence. It is not necessary to give the names of any of the Adepts, for a name is an invention of a family, and but few persons ever think of themselves by name but by the phrase "I am myself." To name these beings, then, is no proof, and to seek for mystery names is to invite condemnation for profanation. The ideal without the name is large and grand enough for all purposes.

Some years ago the Adepts wrote and said to HPB and to several persons that more help could be given to the movement in America because the fact of their existence was not concealed from motives of either fear or doubt. This statement of course carries with it by contradistinction the conclusion that where, from fear of schools of science or of religion, the members had not referred much to the belief in Mahatmas, the power to help was for some reason inhibited. This is the interesting point, and brings up the question "Can the power to help of the Mahatmas be for any cause inhibited?" The answer is that it can -- but why?

All effects on every plane are the result of forces set in motion, and cannot be the result of nothing, but must ever flow from causes in which they are wrapped up. If the channel through which water is meant to flow is stopped up, the water will not run there, but if a clear channel is provided the current will pass forward. Occult help from Masters requires a channel just as much as any other help does, and the fact that the currents to be used are occult makes the need for a channel greater. The persons to be acted on must take part in making the channel or line for the force to act, for if we will not have it, they cannot give.

Now as we are dealing with the mind and nature of man, we have to throw out the words which will arouse the ideas connected with the forces we desire to have employed. In this case the words are those which bring up the doctrine of the existence of Adepts, Mahatmas, and Masters of Wisdom and hence the value of the declaration of our belief. It arouses dormant ideas in others; it opens up a channel in the mind; it serves to make the conducting lines for the forces to use which the Mahatmas wish to give out. Many a young man who could never hope to see great modern professors of science like Huxley and Tyndall and Darwin has been excited to action, moved to self-help, and impelled to seek for knowledge by having heard that such men actually exist and are human beings. Without stopping to ask if the proof of their living in Europe is complete, men have sought to follow their example. Shall we not take advantage of the same law of the human mind and let the vast power of the Lodge work with our assistance and not against our opposition or doubt or fear? Those who are devoted know how they have had unseen help which showed itself in results. Those who fear may take courage, for they will find that not all their fellow beings are devoid of an underlying belief in the possibilities outlined by the doctrine of the existence of the Adepts.

And if we look over the work of the Society, we find wherever the members boldly avow their belief and are not afraid to speak of this high ideal that the interest in Theosophy is awake, the work goes on, and the people are benefited. To the contrary, where there are constant doubt, ceaseless asking for material proof, incessant fear of what the world or science or friends will think, there the work is dead, the field is not cultivated, and the town or city receives no benefit from the efforts of those who while formally in a universal brotherhood are not living out the great ideal.

Very wisely and as an occultist, Jesus said his followers must give up all and follow him. We must give up the desire to save ourselves and acquire the opposite, the wish to save others. Let us remember the story in ancient writ of Yudhishthira, who -- entering heaven and finding that his dog was not admitted and some of his friends in hell -- refused to remain and said that while one creature was out of heaven he would not enter it. This is true devotion, and this joined to an intelligent declaration of belief in the great initiation of the human race will lead to results of magnitude, will call out the forces that are now behind, will prevail against hell itself and all the minions of hell striving to retard the progress of the human soul.

We have 369 guests and no members online