Is there Justice in this World-Drama? 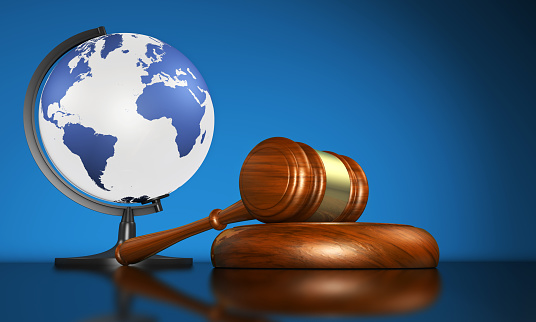 [Article published in THEOSOPHIA Living Philosophy For Humanity, Volume I, No. 2 - July-August 1944]

"What about Universal Justice in the World of Today?" This question is being asked these days by thoughtful minds. It requires an adequate and convincing answer. The teachings of Theosophy provide that answer and they are simple enough to be understood by anyone of average intelligence.

Most people are bewildered these days. Perplexed, confused by a world in upheaval, having lost the last vestiges of their precarious footing, they fail to see any sense in the world-drama before their eyes. They imagine that Universal Justice has become a fatal victim at the hands of warring nations, and they do not seem to realize that it is rather the warring nations themselves that are meeting a somewhat tough treatment at the hands of Universal Justice. There seems so little genuine knowledge as to what the Universe really is, and how it functions and why, that people at large have fallen prey to strange and one-sided views when it comes to Justice and its interpretation.

The Ancient Wisdom, known today as Theosophy, which means the "Wisdom of the Divine," throws a flood of light on this entire problem of justice and seeming injustice. Theosophists have taught through the ages the same basic facts of Life. Whether expressed in one language or another, in one civilization or another, the message has always been the same, and the records of that message can he found scattered far and wide through the pages of history and upon the monuments of ancient times.

In the light of these age-old teachings, the Universe we live in is one of Law and Order. The most fundamental operation in the Universe is Causation. We mean by this the unfaltering sequence of Cause and Effect, the succession of seed and corresponding harvest, of action and reaction or consequence. The ancient Hindus called it Karman. Karman is the Principle of unerring, never-failing Justice. The workings of this universal Causation stretch from acorn to stars, from the electron to the outermost spaces of the Universe, from the birth of a thought to that of a whole Galaxy.

Strange how this thought has become unfamiliar to the Occidental mind! The Christian world should he quite familiar with it, if it really understood something of its own Christian Scriptures. St. Paul, writing to the Galatians, (vi, 7) said: "Brethren, he not deceived. The Divine is not mocked. For whatsoever a man soweth, that shall he also reap." A very terse outline of the doctrine of Karman. The same teaching can be found in the Old Testament. To quote but one passage out of many, in the Book of Job (xxxiv. 11) it says: "For the work of a man shall he rendered unto him, and cause every man to find according to his ways." In theory, therefore, if not in actual practice, the idea of Causation is part and parcel of the Scriptures upon which the Occidental Christian world has been based for many a century.

The teaching regarding Karman is interwoven with its twin-teaching of Reincarnation, the two being but aspects of the same grand operation of Nature.

To understand the workings of Karman or Causation, which also means to understand Universal Justice, it must be first clearly understood that Nature, the whole of the Universe, visible and invisible, is a Unit. It is an Organism. It is of course composed of an infinite number of lesser units or organisms. All of these innumerable grades and varieties of units manifest a consciousness of their own and evolve towards something greater. They are all united and integrated into a Whole by the Consciousness which includes and is common to them all. This thought is of very great importance in Theosophy. You will find it reflected in all the great religions of the world. It warrants careful consideration and close study.

Another thought of paramount importance is this one. Every thought and every action affects, to the degree of energy involved, every other evolving unit or entity. It follows, of course, that every entity, everywhere, reacts in corresponding degree upon the thinker of the thought or the performer of the action. No man can ever think a thought or feel an emotion, or produce an action, without arousing some reaction from other evolving entities, whether he knows it or not, and whether the reaction is immediate or delayed.

In considering the subject of Karman, one should carefully distinguish the three main types of karmic action. The idea is not difficult to gasp. The first type of Karman is that which we reap or undergo now, at the present moment in time. It is the gathering of the good or evil harvest of our former deeds done in lives lived before. It is like meeting now the just consequences of the causes we generated in the past. We might look upon this as the dynamic Karman operating Now.

The second type of Karman is that which we are sowing now, for future reaping. It is the causes which we are generating now and which will bring about their own fruition in due course of time, whether tomorrow, or in some years, or in several incarnations.

The third type of Karman is that which is as yet latent. It is Karman for past deeds, ripe but finding no suitable channel as yet to manifest itself through in an adequate way. It might and will manifest itself at any suitable time. It is delayed Karman.

Whatever happens to us throughout life happens against the background of these three types of karmic action. Whatever comes our way, good or seemingly bad, is invariably self-made, self-generated, and self-brought-about. We blame others because we have lost the true philosophy of life; having lost it, we have a distorted view of things and events; we do not have the correct perspective of things; if we had it, life would be full of deep meaning, and everything in it pleasant or unpleasant, would carry with it a deep lesson and an opportunity for further growth.

The World of Today is a powerful manifestation of both individual and national, and even global Karman, on the scale of the entire human race. We must remember that nations re-imbody themselves collectively, as groups of human beings, because such groups are strongly tied together by bonds of mutual and common Karman originated in the distant past, when these human beings formed another nation or civilization upon the scene of bygone history.

Every human being is an agent of Karman. This is self-evident, because everyone of us meets his karmic consequences through and by means of other human beings who make and are the events which we meet throughout any life-span. But some people are more powerful agents than others. Their appearance on the stage of history marks the beginning of some particularly important cycle in which some drastic balancing of accounts is to be accomplished on the karmic ledger. These men, called in Theosophy Men of Destiny, bring about through their actions, their moves, and particularly through their ideas, world-shaking readjustments of national and international equilibrium. Outworn molds of civilization are swept out of existence; new beginnings are brought forth; new seeds are planted in the soil of human minds; new and undreamt of energies are released in the midst of the human race; and these energies build a new type of civilization.

These powerful Karmic Agents may be either Destroyers or Builders. It should be distinctly understood that Destroyers cannot be Builders; therefore in the midst of destruction we should be looking for other agents at work, perhaps behind the scenes, laying foundations for the new civilization. Destroyers are often more conspicuous than builders, and that is why recorded history gives them such a prominence.

So let us not be dismayed, facing, as we do, a world in upheaval! Life is a manifestation of Law and Order. Seeming chaos resolves itself into the pattern of an intelligent and planned change, when viewed from a vantage point high enough, and commanding a perspective wide enough, to see the far distant horizons on all sides. Therefore, let us ascend in our minds to as lofty a vantage point as we can, and view life fearlessly and without bias.

There lies beyond the present temporary struggle a Greater Age. Ahead of us there are illimitable stretches of future growth, endless horizons for human hope to explore, vistas ever-receding, ever-widening, without end. Above the swirl of human passions, unchained for the moment, the Sun of a New Age is shining upon the highway of human progress, and no amount of upheaval, and no depths of darkness, can ever stay the upward climb of the Human Soul star-ward!