Theosophy and the Individual 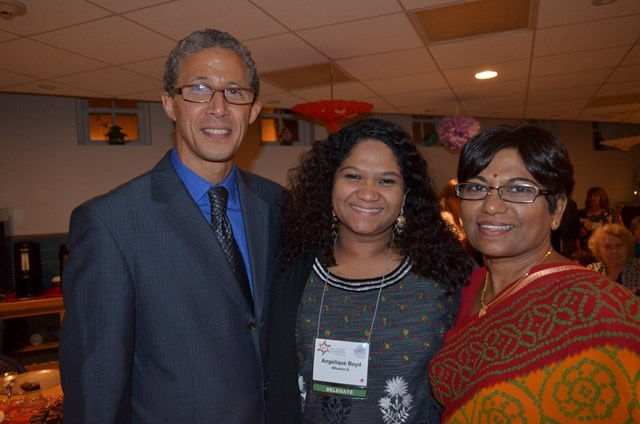 Rupert Sheldrake, a TS member and highly reputed biologist, has developed over his career some ideas related to science and consciousness that have extended the normal scientific view into the realm of consciousness. On one occasion he was asked a very broad, but deep question: “Why are things the way they are?” His answer was as brief and simple as the question itself: “Because they were the way they were.” His answer was brief, but worth exploring.

From the theosophical perspective karma would be one of the ideas that initially come to mind. The cycles of reincarnation might also describe why things are the way they are, and also the process of evolution. What brings us to this moment and the way we experience it is the consciousness we have brought to all previous moments.

In normal daily life, we each have certain motivations that propel us. In the Mahatma Letters we are told that “motive is everything”. Actions are important, but our motivation is said to be all-important. Motives spring from values; which produce actions; and actions produce reactions, which in turn react upon our original motivations.

Take the example of someone who is motivated to succeed individually based on values that say: “I’m on my own and it’s me against the world.” Out of this comes a range of self-centered actions. Those actions produce a response which confirms his motivation, “This is a dangerous world I’m in. I’m in competition with all others. Everything I do shows me this”, strengthening his motivation and ensuring that the cycle continues — a cycle of continually unsatisfactory results.

The obvious question we would ask is: “Why? Why would someone remain locked in such an unsatisfying cycle?” In Buddhism there is the idea of samsâra, depicted as a wheel on which all human beings are caught: birth, life, death, and rebirth. The actual meaning of the word “samsâra” is a flowing on. From certain innate causes flows on a series of events or actions that necessarily repeat themselves. From the Buddhist perspective, they would say that the root cause of being caught in this cycle would be ignorance, not as a lack of knowledge, but in the sense that we see wrongly; we do not perceive the world correctly and then we act on this misperception.

So, why are we in a condition where we do not perceive correctly? In theosophical teachings the concept of evolution, an unending process of unfoldment, is one of the keys. And there are stages, degrees of unfoldment, in this process.

The letters which comprise The Mahatma Letters were received by two very proud Englishmen: A. O. Hume and A. P. Sinnett. Both were fully convinced that their knowledge, culture, and civilization far exceeded the Mahatmas’ views. To Hume and Sinnett it was clear that the Mahatmas needed their advice on how best to introduce the teachings of Theosophy to humanity. In the Letters it was sometimes gently expressed, and sometimes in very blunt terms, that Hume and Sinnett needed to be relieved of the demonstrably false idea of their superiority.

Most of us tend to think of ourselves as being at a high evolutionary stage. Our technology and the pace of our scientific advances seem to confirm our evolutionary heights when in fact all indications are that we are as yet a very childish humanity. There is a Native American expression: “No tree is so foolish that its branches would fight among themselves.” No tree is that foolish, but humanity, and we as individuals, do it daily. Our degree of expansion is perhaps more limited than we care to admit. So, the choices which have created this moment have been generated from the mind of childish perception.

The human stage of unfoldment of this moment could be called the stage of the individual. The idea of the rights and freedoms of the individual has become the hallmark of this particular time. The individual can be described as the unit of consciousness capable of identifying and operating from its own center, lifting itself up from the dependence and compulsion of the group, the tribe, the communal unity. It is a stage of development, and a necessary one. The problems that we face in the world are related to the fact that this stage of individuality has become exaggerated.

In the Letter from the Mahachohan, written almost 140 years ago, a comment is made which pinpoints this moment. It speaks about the effects of the stress being laid on the rights and freedoms of the individual and its foreseeable exaggeration. In that letter the comment is made that

In view of the ever-increasing triumph, and at the same time the misuse, of free thought and liberty . . . how is the combative natural instinct of man to be restrained from inflicting hitherto unheard-of cruelties and enormities, tyranny, injustice, [and so on].

Although cultivation of individuality is a necessary stage, when it transforms to individualism, then we face the problems of today, with seven billion people in the world demanding what they would deem their individual rights, separated from the whole. The belief in the existence of an independent operator, separate and apart from the whole, has taken root and is the source of obvious problems.

In that same Mahachohan’s Letter he goes on to make the point that the consciousness that untethers itself from universal law necessarily separates itself from human law, with the sorts of consequences that we find ourselves now experiencing. The idea that the Earth and its resources are inexhaustible and intended for individual satisfaction is something for which we are paying the price at this moment. The idea that competition, aggression, hostility, and domination are acceptable approaches to relationship with other human beings and to the natural world equally has consequences.

There is a stage in a child’s growth that is spoken of as the “terrible twos” — the two-year-old phase, when the child tries to develop its own identity. The main word that parents hear at that age is “no”. It is a stage in which the child develops a healthy individuality by identifying itself in opposition to others. We see it clearly with a child, but we fail to see it at all when we think in terms of this mass of “adults” now populating the world — our resounding “no” to our inseparable connection to the natural world and to each other.

The founding of the Theosophical Society (TS) in 1875 was a deliberate attempt to bridge a gulf that was appearing on the human scene. Again, the Mahachohan’s letter describes two very strong impulses, which if allowed to go unchecked would deform the course of human unfoldment. In that letter he described the two rising currents as “brutal materialism” and “degrading superstition”. With the introduction of the TS, the hope was to present another avenue that could attract high minds, willing and receptive hearts, to a different path which opened to different possibilities. An alternative direction that might avert the consequences of an individualism magnified by materialism or superstition was seen to be worth attempting. The TS was spoken of as “the cornerstone of the future religions of humanity” based on a profound understanding of Unity.

The Masters plant seeds for future generations, for the benefit of those who are yet to be born. We participate in this process. Most of what we regard as unfoldment takes place gradually, how-ever there are moments of sudden and profound awakening. Examples are all around us in Nature and in human affairs. Within human society we have witnessed occasions where longheld barriers and conventions of behavior suddenly drop, and we wonder “why now?”

An earthquake is one of the most devastating examples in the natural world. On three or four occasions I have experienced it. As a child I had heard about earthquakes and thought it was fascinating. To my child’s mind it was something I believed I would like to experience. After my first earthquake, I did not want to have that experience ever again. Sitting in a building made of brick and mortar, as the initial tremors increased in strength, I looked up and saw the “solid” ceiling above rippling just like waves on the ocean.

An earthquake is the sudden release of enormous energy that has been building in the Earth. In order for this to occur, floating plates within the Earth as large as continents rub against each other
over long periods of time, building a subterranean tension until there is this apparently sudden release that takes place, which we experience as an immediate event that changes everything.

During the winters in my home in Chicago, if someone had no idea about seasons in Nature, they would believe that everything in the landscape is dead. This is because no leaf, no blade of grass or flower can be seen anywhere. But when spring comes, in a matter of days, where there was nothing, suddenly something green pops out of the earth. After three or four warm days that little sprout has grown a foot and is bearing flowers. Its apparent suddenness only occurs after an entire winter of slumber, of bringing strength to the root which then bursts forth.

In the Mahatma Letters an example is given based on this sudden growth: “An Adept is the rare efflorescence of a generation of enquirers.” Efflorescence is literally the stage of “flowering”. The Adept is the rare bursting forth from a generation of enquirers. The point is made that in order for this “flowering” to take place, the individual “must obey the inward impulse of his soul irrespective of the prudential considerations of worldly science or sagacity”.

Our role is not to labor in opposition to the existing current. The work that we do is the attempt to establish a prevailing consciousness that provides for a new awareness of the uses of individuality. In Sir Edward Arnold’s poem about the life of the Buddha, The Light of Asia, in the very last line, he talks about the dewdrop that slips into the sea. This means the consciousness that had been cultivated by the Buddha through life after life, the awareness, the purification, the teaching that was done, was done to now be offered consciously.

The moment that we become aware of the workings of this process of becoming an “individual”, the question arises “toward what end?” The individuality is cultivated toward the end that it can then be offered back to the whole. “The dewdrop slips into the shining sea”, adding the totality of its experiences, insights, and hard-won understanding to the reservoir of the Greater Life which sustains all beings.

[This article was first published in The Theosophist, December 2019, based on a talk given at the TS, Adyar on Sunday, 11 April 2019]