What shall we study? 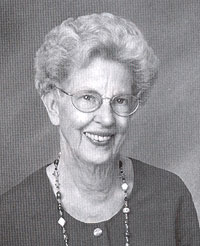 Nowhere as we have been reminded on many occasions, is there an official definition of Theosophy. Membership in the Society is not dependent upon the acceptance of any credal Statement; that one is in sympathy with the Three Objects is the sole declaration necessary for joining the organization. Yet we are told there is a need to study; many are the admonitions to know Theosophy. If we would teach, we must first learn. But study what? What is it we must learn?

For the individual seeker, the question of what to study is usually solved by the dictates of personal interest. In the initial stages of theosophical study, one is inclined to read widely, almost without discrimination, eager to explore in all directions, wading or swimming in that "shoreless ocean of truth” which Theosophy has been denominated. Later may come specific programs, developed out of need or interest or preference. One may come to study only The Secret Doctrine, another The Mahatma Letters, while to yet another only the texts on meditation and the spiritual life seem to answer the inner need. For some, the works of Besant and Leadbeater are sources of never-ending inspiration and enlightenment; others confine their studies to the writings of H. P. B.; yet others find Theosophy as much in literature published outside the Society as that issued within the Organization. All the numerous individual approaches are reflected in the many modes by which Theosophy (or what is called Theosophy) is shared.

When we turn to group study, however, other considerations enter the picture. Individuals studying alone are free to pursue private interests, but group work demands a certain discipline that often seems to impose restraints upon individual freedom. Frequently individual differences in interest, preference and background, need to be resolved before the group can proceed. It may become necessary to place certain bounds on the study, to delimit Theosophy as it were, in order that the maximum benefit may be derived by the entire group. What, then, is to determine the bounds ? What guideline exists by which we can say for group study, "This is the area of our con- cern; that is not”? Is there a measurement by which our studies may be said to approximate truth or deviate from the norm? To say that discrimination is necessary does not solve the dilemma that often confronts us.

Before the content of group study can be determined, it may be first necessary to define the purposes for which the group exists. The purpose of the theosophical group may seem self-evident, but is it in reality? Since the indi­vidual members of the group have subscribed to the Three Objects of the Society, it may be assumed that these describe the uniting focus of the group work. But are the Objects descriptive of purpose? Many theosophical groups would declare their purpose to be: To study Theosophy in order to share the wisdom with those who are seeking understanding. Whether stated in such precise terms or not, it must be admitted that most theosophical groups do study (in members’ meetings) and do share (via public classes and lectures). Yet the Objects of the Society do not enjoin the study of Theosophy (for Theosophy is not even mentioned in them) nor advocate public work. Therefore, it may well be asked: What is the essential purpose for which the theosophical group exists? Only when and as this question is answered may there be some approach to the nature and content of study in the group.

In line with the freedom of thought emphasized by the Society’s official Statements and the autonomy reserved to the groups, it may be suggested that it is for each group to explore its own inherent purpose. Beyond official Statements of freedom and autonomy, however, there is a deeper consideration: purpose, to be truly valid, can never be imposed from without, whether it be in respect to individual or group purpose. This may be seen most clearly in relation to the individual, where it may be recognized that purpose is essentially integral to the nature of being human. What is imposed then is not purpose, but discipline in pursuit of purpose; purpose, in other words, is given by nature. As this may be applied to a group, we may say that purpose arises from within the nature of the group itself; if anything is imposed, it is not purpose — although it may masquerade as that — but disciplines, orders, injunctions, and even commands. The problems that most frequently arise are actually the resultants of a conflict between the inherent purpose (expressed or unexpressed, consciously recognized or unconsciously feit) and an outer command to pursue a given end.

Reflecting then upon the nature of purpose, we may come to understand the importance for examining this concept in our group activity. If the purpose of the group transcends the sum of the purposes expressed by the individual members of the group, the group itself takes on an existence, becomes an entity, over and above the individuals that compose it. Everyone who has participated in real group work has had an experience which verifies this view of a group as more than the sum of the individuals which compose it. The recognition of this fact is essential in defining the purpose of the group. At the same time, it aids in understanding that the purpose of one group may not necessarily be the purpose of another group or of all groups, even of similar aims and ideals. Each theosophical group may well ask itself: why do we exist as a group? What is our uniqueness? As these questions are answered, the content of our study begins to come clear…

Expressing this in another way, we may suggest that purpose arises out of concern, in the sense of that in which we feel involved. In а very general way, we may posit that a theosophical group has a certain concern, a concern which is theosophical in nature. This concern relates itself to the Society, of which the group is an integral part, and also to those who come within the orbit of the group. As the concern of the group relates to the Society, it may be said that the Objects of the Society are the guidelines for study. As the concern of the group relates to those who may come within the orbit of its influence, it may be said that the study needs to be directed toward meeting the needs of those with whom we may come in contact. On this basis, group study is no longer an uncertain compromise of individual interests, but arises out of the dual nature of the concern or purpose the group exists to serve.

Group study which arises thus naturally is always related inwardly to first principles and outwardly to practical ends. Group work becomes marvelously harmonized and centered; for tangential interests, valid in individual work, are recognized as inappropriate to the group’s task. In our studies as a group, we seek to explore the great universal principles of the wisdom; no single member seeks to impose either his own particular interpretation nor his own fancied "brand” of truth upon the group, however much he may enjoy in private the fascinating by-ways of discovery. He brings to the group the enrichment of his own discoveries, of course; but not as his possessions which the group must accept as binding truth.

Such an attitude of possession usually means: accept me and my idea, or in refusing to accept my idea, you have rejected me and I must leave. Non-possessiveness of ideas is a sine qua non (i.e. an essential condition) of group work. There is, of course, another aspect of this attitude which is the reluctance to share ideas out of timidity or fear of non- acceptability. Is this attitude not really an out- growth of overprotectiveness of oneself, or, in other words, an inverted form of egotism? These considerations lead into the total realm of group action and must be faced by individual group members if the group is to achieve the larger harmony toward which its purpose leads. In view of this larger harmony, we seek to explore universal principles, and we find the counter-balance to our search in the effort to make these principles useful and workable in our lives and in the world about us.

The answer to the question of what we shall study lies, according to this analysis, not in formalized programs adopted by majority vote out of a compromise of individual preferences, but rather in that deeper perception of the nature of our work and the total group conscious- ness seeking to fulfill that basic nature or purpose. Specific programs develop out of the mutual group search to identify principles; reading and discussion, sustaining and nurturing such programs, reflect individual interests and backgrounds, and serve to focus those principles upon the field of human affairs in terms of practical applications to the problems of life. When we mistake applications for principles, there is the danger of group disintegration, since this is the area in which differences may arise, and unless such differences are referable to basic principles, they can be the cause of separation.

It is not, of course, that group work represents uniformity of view or approach, but unity of aim. As this is recognized, there is the enrichment of mutual study and work as new insights challenge and divergent interpretations stimulate Creative thought. What we shall study is not a categorical question separate from our mutual endeavors in a group, but represents the focal point at which universal principles meet practical needs, harmonizing interests and preferences, enlarging understanding, and providing exciting adventures across new continents of thought. in the paradoxical way truth has of revealing itself, the answer to what we shall study may be comprised in the words of Light on the Path:

Seek it by study of the laws of being, the laws of nature, the laws of the supernatural; and seek it by making the profound obeisance of the soul to the dim star that burns within.”

The paradox, finally, is not that the question is unanswered by a specific this or that, but that the answer is itself a continuing question, for it is to seek.

[This article was first published in The American Theosophist, March 1964].

For the readers of Theosophy Forward a YouTube video entitled:

“Joy Mills: A Life in the Service of Theosophy” Click HERE   (if needed SKIP ads)

Produced by Steve Schweizer, this short video remembers the life and work of Theosophist Joy Mills (1920-2015). Having joined the Theosophical Society in 1940 at the young age of 20, she would go on to serve in almost every major office and educational capacity available in the Society, both from within the U. S. and internationally. Told in Joy's own words and edited from 3 different video interviews conducted with her from 1999 to 2012, this video looks at only some of her amazing achievements and the Theosophical legacy that she leaves behind.