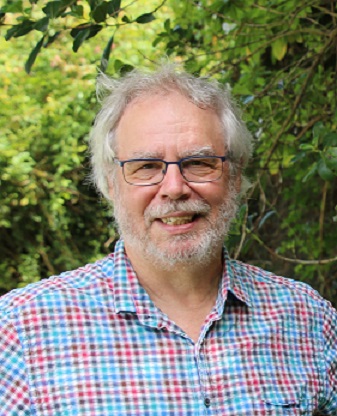 [Note from the editor: this article, which includes a message from the International President of the TS-Adyar, Tim Boyd, was written to reflect on the unifying aims of the TS, in the light of two consecutive terrorist shooting attacks that occurred at mosques in Christchurch, New Zealand, during Friday Prayer on 15 March 2019.The attacks began at the Al Noor Mosque in the suburb of Riccarton, and continued at Linwood Islamic Centre.]

The awareness of cur Unity sleeps deeply within us. We are largely unaware of real Unity as understood in the theosophical tradition, because we tend to focus on separation, which is a dominant feature of our personality consciousness — a state of conditioned reality focused through the desire mind, kama-manas, outwardly through the senses by which our perception of reality is formed.

A study of the Ageless Wisdom shows us that a greater reality lies not in the outer world but within ourselves. Through this inner world we learn to look at and listen to our inner dimensions or inner voice, intuitive understandings, that Self which lies at the centre of all beings — our divine unity which connects us to our source. It is often called the journey of the heart, as it requires listening to the depth of our being, not ignoring the rational mind but putting it in its proper place as a tool for our work in the outer world, once discernment and open-mindedness has been developed.

By changing cur awareness to also listen to the heart, we begin to take the inner journey. In time and with practice of mindfulness, meditation, observation of both the outer and inner experiences we have, we awaken a deeper awareness and eventually come to experience this Unity. Blavatsky talks cf this in The Voice of the Silence as she describes the three halls of learning we pass through as we awaken — the hall of ignorance {where we come from), the hall of knowledge and the hall of wisdom. As we go from one hall to another the old gets left behind as we advance on the journey.

As an organization, the Theosophical Society has branched out in different directions, which we can see in the different Theosophical movements today. In itself this can be viewed as quite healthy with different emphases on the exploration of what Theosophy is. We can also look at the Buddhist movement as an example where we see differences in teaching and directions in the Theravada, Mahayana and Zen Buddhism. They are different in their approaches and study of Buddhism; however, we can acknowledge the value each brings to the world. It is much the same with the different Theosophical movements today. Each has its ways of exploring and trying to understand Theosophy and through their efforts endeavour to help make the world a reflection of that Unity we are discussing.

At the personality level, we have tremendous diversity. Our minds think in separation and seek to find differences and argue, rationalize, judge, blame, etc. because that is the mind's nature. The desire mind resides in the Hall of Ignorance, which we are struggling to leave. Integrating the knowledge we have learned on our inner journey. we travel to the Hall of Learning where we gain knowledge and understanding. The challenge is to centre ourselves into the unity awareness beyond the personality and focus on what we have in common. The tower mind will always look for differences, which to Unity awareness is simply seeing different pieces of a puzzle. which all fit perfectly together to give us the true picture of reality. In this way, we can grow and learn from each other and become a stronger united force for Unity in the world. We can become living examples of this Unity.

If we can move into the Unity awareness, then this will be reflected in the different Theosophical groups and branches. We will then perhaps step into the Hall of Wisdom, leaving the past behind and coming into the present as a real force for good. It is a world of nonjudgement, respect for all, love and open-heartedness.

In the recent Christchurch shooting of the Muslims while they were in their sacred places of prayer and worship, killing 50 and injuring many more, we witnessed the destructive nature of a mind that is conditioned from a perspective of separateness, judgement, hate and fear.

The event pulled at our hearts, the horror and grief went to the very core of cur being. The attack was the opposite of the unity which the Theosophical Society was formed to establish. Terror, judgement and fear will always lead to separation, yet through the action of the terror in Christchurch, New Zealand opened its heart and united as a nation in standing up to the terror and created a heartfelt unity which resonated throughout the country with a wave of compassion and a sense of connectedness never seen before. The flowers and messages left by the museum in Christchurch, to remember those who died, have an underlying message of unity: that we are of the one family, that hatred will not divide us and that love for each other unites us. Walking down the parade of flowers and reading the messages, it was clear how compassion and unity are something that we know deep in our hearts.

Tim Boyd, our International President, put it well in a letter he wrote to our members in Christchurch after the event:

It is with sadness that I send this message to you. Living in the United States, a nation that has suffered the mindless insanity of too many once unimaginable acts of hate filled violence, I can tell you that one does not become numb to it. I have been to Christchurch and have seen how you responded to the destruction of the earthquake a natural event. Responding to the darkness of the human heart and its potential for senseless destruction is more difficult.

For the lives that were lost and the shattered families and friends, we send our thoughts and prayers. For our violated sense of security and confidence in our neighbors, we mourn and recommit to deepening our bonds with the 'other'.

As people who have the ideal and hopefully some experience in the One Life, our role at this moment is vital. Only the heart that can face the darkness and be its antidote will be truly effective in such times. The only cure for darkness is light.

For those who can find it in themselves, there is an even more demanding task: to find room in our hearts to embrace the tortured soul, so blinded as to commit such an atrocity. The victims are not separable from the victimizer, and the suffering is universal.

The terror of the Christchurch killings has been a wakeup call to us all, identifying to each of us the destructive nature in today's world where discrimination has been exposed to us in such a way, we can no longer ignore it. What was perhaps in the past hidden in our psyche has now been exposed where we are forced to see it and confront it. All New Zealanders were touched in some way by the event and many changed forever.

The first object of the Theosophical Society is: To form a nucleus of the Universal Brotherhood [Sisterhood] of Humanity, without distinction of race, creed, sex, caste or colour. This statement dearly outlines the importance of non-discriminatory emphasis we are required to be in sympathy with to join the Theosophical Society. So, putting it in today's language: we as members of the Society do not accept discriminatory practices based on ethnicity, religious beliefs, gender or class distinction. We could go even further and say we do not accept any sort of discriminatory practices. Now is an opportunity to examine our own hearts and views.

In an examined life, where we regularly reflect on our actions, we may begin to see our own prejudices, views conditioned by our society, beliefs built up through reading, social media, the movies we watch and so forth. If we do not examine our actions, how will we ever learn about the nature of the personality we are working with? How will we know it what we are holding onto is just a belief or if it is true? To awaken to the unity of life we are challenged to become aware of all these things. Once the awareness has been established the next step is to examine our actions ever more deeply to see where the cause of the action came from. if all goes well, we can let it go and then another aspect of our ignorance melts away.

Life itself is our teacher. As horrible as the Christchurch terror attack was, it is a lesson for us each to learn from. It may drive us to examine our own actions, judgements and intentions in what we do in our own lives.

This article was first published in TheoSophia, the official magazine of the Theosophical Society in New Zealand: June 2019, Volume 80 No 2