Music in our Lives 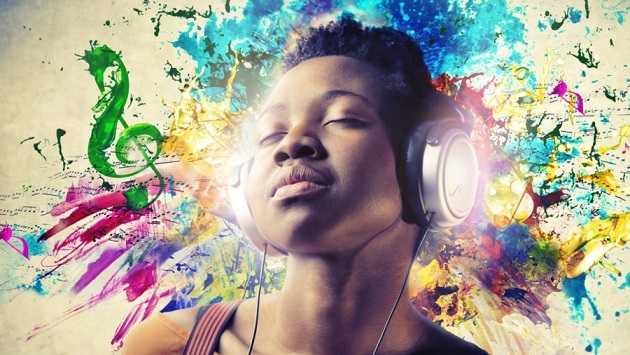 The unvoiced conviction that the man who had spent a lifetime in the world of music has in some fashion approached closer to absolute harmony through the mystery of death. If there is any kinship at all between this life and the domains of eternity, surely it is music that most nearly expresses that obscure bond. Of all the arts, music most baffles description in words or phrased thoughts. Music reaches most profoundly into the depths of the human heart and rises most securely above the boundaries encompassed by the human mind. It is the most mystical of all man's efforts to express the hidden things. It is difficult to believe that the end of life can also mark an end to any man's attainments in an art so little defined by physical things and so ineffably linked with eternity.

Those who love music, whatever their philosophy of life and death, can hardly escape the conviction of man's immortality ... when they think upon the call of death to a man who has given his life to music ... Surely the imperfect harmonies of life will vibrate into perfection in that wide mystery that lies beyond life.

We remember reading of some great piano-teacher who made a point of asking his pupils to describe what was suggested to them by particular pieces which they executed, and who was wrathful when they failed to do so. We sympathize with the pupil and not with the teacher.

If the effect produced by music can be described in terms of rippling brooks and dancing peasants, then it is surely not a high class of music, and the art has descended to mere imitation.

The whole essence of the art is surely that it can produce experiences not only ineffable but beyond ordinary thought and feeling, introducing us into a new world. We feel emotions unrelated to anything we have known in life. We strive in vain to give them a form or meaning in terms of anything familiar to our recollections of the past or our hopes of the future. A door is opened, but soon to close. The thrilling chords of our nature cease to thrill. Like the unplayed instrument, we sink into a mass of inert mahogany.

Yet we have had our initiation. Music is truly a messenger of the Gods, sent to remind mortals of that immortality which dwells ever with them even in the tomb of material life.

Music is related to a state of consciousness beyond the normal states of waking and sleeping. We are since long untaught to dwell in this region or to link it with our ordinary consciousness. Hence, when evoked, we fail to interpret it, save as vague feelings to which no definite ideas attach. Nor can our frame endure the vibrations excited. It would seem that, unable to bring down the influence to where we stand, we should also endeavor to rise towards it.

And here it is advisable to distinguish music itself from the audible harmonies commonly understood by that word. To the former we may give a higher and wider meaning, while regarding the latter as the chief means of evoking music itself. Considering music as harmony, we see that harmony in sounds is but a single form. It is harmony in our whole life that we must seek. We must have music in our soul. Music as a mere sensual appeal or a display or an accomplishment is not music in the true sense.

There must be many people who are truly musical in the better sense, but have not the power of expression, just as there are poets that cannot write poetry and artists who cannot depict. And are there not skilled technicians in music, who have not music in their lives?

Music may solve the mystery of death in that it can teach us to dwell in the eternal. If it is related to the immortal essence in us, it can intensify our knowledge of that essence and withdraw us from what is mortal.

In the wider sense, styles of audible music seem to have the same relation to music itself (in the wider sense), as religions have to religion. They differ among different people and in different ages. Oriental music is not very like ours. The music of the ancient Greeks differs widely from modern music.

Our music is associated with the indoor life and with the other appurtenances of our particular sort of civilization. A piano in the open air is out of place. Choral music in harmony and counterpoint are far better suited to the well-lighted interior than to the open-air and sun.

There are fashions in music, and various forms are suited to different external circumstances. What, then, is Music itself, which underlies all? Is it not a harmony in the soul, which is evoked in many ways, according to conditions?

It would seem that performed music is a means rather than an end. One feels unable to make positive statements on the subject at all, it being out of the reach of formal reasoning. But it is safe to say that music must be made a part of life, and that its cultivation must go on in equal steps with the harmonious cultivation of all our faculties and sentiments.

In the Raja Yoga system of education, this idea is certainly carried out. Music, as there taught, must be regarded as one (and a very important one) out of many means for creating harmony in the character.

We should not rest content with enjoying the sensation of music when heard, and forgetting it afterwards; but should try earnestly to absorb its meaning and introduce it into our life, It may often happen, for instance, that we allow ourselves to be obsessed by unpleasant thoughts and moods, arising, not (as we suppose) from any particular circumstances, but really from the fact that we are out of tune physically or otherwise. It is then that MUSIC, conveyed perhaps through the warm sun and the dew on the trees, or the birds pouring out their souls in an ecstasy of song, may help us to throw off the discord and create an atmosphere of harmony within.

Great music can help us to understand how joy and sorrow are in some magical way swallowed up in a sublime harmony. Thus, we get a key to one of the mysteries of life -- a key that cannot be supplied by the ordinary mind.

That supernal being, which we speak of as the Higher Self, may be defined to our inner senses as a sublime music that is sounding silently behind the troubled scenes of our external life, enabling us to see the good in other people and to welcome experiences usually considered as troubles.

A person enjoying music and seeking to rise to a high level of interior experience, may find himself suddenly seized with anger at interruption by the conversation or unwelcomed presence of others. This may serve to show him that harmony pertains to the relation of man to man, rather than to the personal states of an individual.

We cannot hide away from the world and leave it distracted by discord while we seek personal bliss, which thus becomes only another name for self-indulgence. Without adaptability of temperament, a man would be a creator of discord rather than harmony.

It is well known that a grouchy mood will influence those minor incidents that go to produce trouble or success in any undertaking. A person so afflicted encounters accidents and disabilities, while the man disposed to smile at everything finds matters mysteriously smoothing themselves out in his path.

A great part of our doings is automatic, executed by elements in our nature that are sunk below the level of attention. It is these unconscious actions that are influenced by our moods. The man who cuts himself with a razor has his muscles partly under the control of some adverse mood which he is harboring. If we fall foul of inanimate objects, how much more so of our fellow-creatures, whom we may likewise bless without word or act through the silent influence of our own interior harmony.