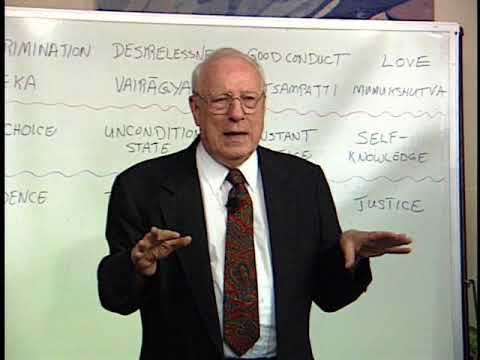 John at his very best: passionately speaking in front of students, and a (white) blackboard behind him

The term "Theosophy" is generally defined in terms of ideas. Thus Merriam-Webster’s 11th Collegiate Dictionary defines it that way, both generally and specifically:

1 : teaching about God and the world based on mystical insight

2 often capitalized: the teachings of a modern movement originating in the United States in 1875 and following chiefly Buddhist and Brahmanic theories especially of pantheistic evolution and reincarnation

So does the Shorter Oxford English Dictionary:

Any of various systems of belief which maintain that a knowledge of God may be achieved by spiritual ecstasy, direct intuition, or special individual revelations; spec. (a) such a system proposed by Jacob Boehme (1575-1624); (b) a modern system following some Hindu and Buddhist teachings, seeking universal brotherhood, and denying a personal god.

HPB's statement certainly does not deny that there are Theosophical ideas. Theosophical ideas abound. Their essence was summarized by HPB herself in the three fundamental propositions of The Secret Doctrine (1:14-20), which can be even more concisely (albeit, inadequately) summarized as the ideas of universal monism, order, and purpose. But to be a Theosophist or even a member of the Theosophical Society, one need not subscribe to these or any other ideas, such as "pantheistic evolution and reincarnation" or other "Hindu and Buddhist teachings," including a nontheistic view of the divine. Instead one must "do" Theosophy.

What does "doing" Theosophy involve? When one joins the Theosophical Society, one is not asked to confess belief in any ideas whatever. Instead one is asked only to subscribe to the Society's three Objects:

Note that the operative verbs of the three Objects ("to form ... to encourage ... to investigate") specify actions, not beliefs or ideas. Membership in the Society requires a commitment to do some things, not to believe anything or adopt any particular ideas. To be sure, doing those actions assumes a belief in certain things: specifically, the reality of human brotherhood; the value of studying religion, philosophy, and science; and the existence of unexplained laws and latent powers.

In fact, every action rests upon some belief, just as every idea entails certain actions. Theory and practice are not divorced from each other, but are mutually implicative. Thus the three Objects of the Society correlate with the three fundamental propositions, as follows:

Ideas and actions properly go together like a horse and carriage, or love and marriage (as an old Frank Sinatra song has it). But the emphasis, in both Theosophy and the Theosophical Society, is on "doing" Theosophy, not professing a belief in any ideas or doctrines.

"Doing" Theosophy involves three things, as the Society's Objects indicate. First, "doers" form a nucleus by participating in the Theosophical Society and its branches, without prejudice based on the merely external characteristics of other Fellows, and by helping to forward the Society's work in whatever ways are possible for them. Second, they encourage the study of religion, philosophy, and science by recognizing the importance of humanity's multicultural efforts to respond to the principles of order in the universe, society, and human life and by respecting the diverse forms those efforts have taken, without attempting to impose their own cultural values on everyone else. Third, they investigate unexplained natural laws and humanity's latent powers by being open to new possibilities for dealing with the world and by striving to realize their own inner potentials.

To be sure, no one "does" Theosophy perfectly. We each need only try to do our best, according to our nature and opportunities. As the Master KH wrote to A.P. Sinnett: "We have one word for all aspirants: TRY" (The Mahatma Letters , no. 54). Theosophical ideas are inspiring and energizing. They are great guideposts in life. But ultimately karma does not respond to what we think or believe, but rather to what we choose to do.

We have 280 guests and no members online