The Well of Insight 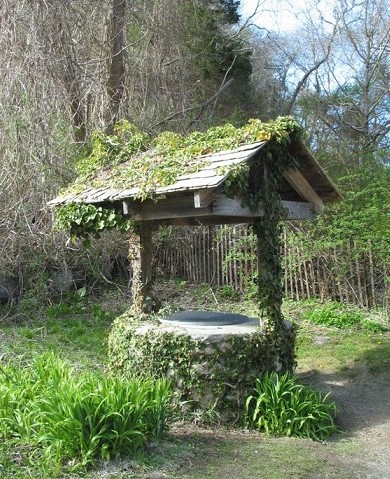 The magazine Vidya , https://theosophysb.org/vidya-subscriptions/ edited by associates of the United Lodge of Theosophists in Santa Barbara, USA, published the following article in its Winter 2019 issue]

Going within to find the inner Self is plunging into the depths of what might seem like a dark place. But if one goes deep enough, one finds the soothing and refreshing waters of insight and wisdom. In The Voice of the Silence it says, "Have patience, Candidate, as one who fears no failure, courts no success. Fix thy Soul's gaze upon the star whose ray thou art, the flaming star that shines within the lightless depths of ever-being, the boundless fields of the Unknown." That contemplation is like forming a bridge, a connection to a vast field of the unknown that can gradually become known.

It is the hope of humanity that each human being has inner untapped reserves of wisdom, deeper feeling, motivation, insight, love and compassion. These are typically only active in a very shallow or intermittent way in the personal consciousness. But could they be summoned; they activate and form the inner bridge. Beautiful is the metaphor of the flute of Krishna, the capacity to call forth and awaken in human beings the depths of their spiritual faculties. Likewise, Christ had only to call to the fishermen to invoke something within them that was so irresistible that they are said to have dropped their nets immediately so that they could follow him.

The Irish mystic A.E. spoke of the capacity to call another by their secret name. This pertains to the arousal of soul memory and the Hermetic function to make active what is only latent and only partially expressed. It is connected in theosophical philosophy with the difference between psychic mental action and noetic mental action. In the absence of the noetic activity, the mind is an entity that is conditioned mostly from the outside, a prisoner of habit, reflex and reaction. Noetic mental action, by contrast, is from within without. It is the light of noesis, shining on the mind, bringing to the surface what was hidden before.