Towards a Unified Mankind 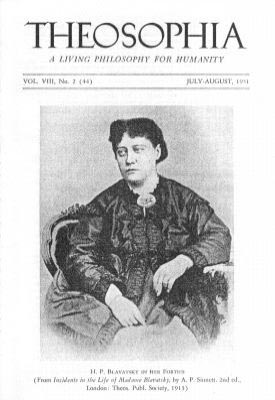 Face to face with the appalling conflict of ideas which rages on the historical stage of the twentieth century, the student of the Ancient Wisdom is in duty bound to refrain from taking sides and to try to appraise the existing situation in the light of ageless principles of thought.

This is no easy task. It is one indeed in which every student will find himself faltering at every turn of the road, and mistaking shadows for realities. He will be drawn by powerful magnetic attractions and impelled to become attached to one side or the other, and to espouse causes which, in their very nature, have no permanency at all. He will be called upon to transcend his personal predilections, and to penetrate behind the outward veil of the seeming, into causal factors which are ignored by the casual observer with no philosophy of life.

The student will have to keep in mind the fact that none of the participants of the world-wide conflict of ideas is wholly right or wholly wrong. Their individual and respective causes and objectives have elements of both truth and falsehood, and their vehement and often violent actions are due, not to inherent evil, but to a lack of mutual understanding and absence of wisdom. It would indeed be an easy solution were it possible to limit all the evil-doing and all the blame to one or another party, and to eliminate this party from the world of men. But the complexity of human nature and the inextricable karmic web of past and present action necessitates that human problems be worked out on the basis of understanding, sympathy and self-forgetfulness - lessons hard for the aggressive, self-centered and conceited type of men to learn.

If we set aside for a moment all the natural laws of being, and forget the very existence of unifying factors which constantly work towards human accord, and concentrate our attention on nothing else but the advances of modern material science, one definite fact will emerge. Science, by means of its purely material discoveries, has decreed that there should be no separation between the various portions of the human race living on our globe. It has united them by mechanical means which have wiped away their former parochialism, and have brought them into immediate and intimate contact with each other, in spite of geographical boundaries or physical distance.

There are many people in the world to whom this sudden change in situation seems intolerable, and for good reasons. They instinctively feel that they are forced to live next door to people whom they would rather think of as being either far away or simply not important enough to bother about.

But both science and the natural evolution of mankind have decreed it otherwise. The era of continental and national civilizations is over. We have moved a long way towards a new type of civilization - a global type. It may be embryonic as yet, but it is nevertheless here, and here to stay. We have to understand each other the world over, because we have to live with each other, and no illusory barriers of separation, whether they be national prides, long ingrained traditions, skin pigments or tariff walls, will protect us from the necessity of living together as members of one and the same family.

All evolutionary growth is primarily an expansion of consciousness. The human race moves from age to age in the direction of an expanded consciousness and a wider vision. Bigoted nationalisms, racial antagonisms and a blind and unreasoned enthusiasm for reparative causes are contrary to the very spirit of the age. Whatever there is of nobility and grandeur in a genuine feeling of national patriotism is noble only in so far as it becomes an integral part of our love for Mankind as a whole.