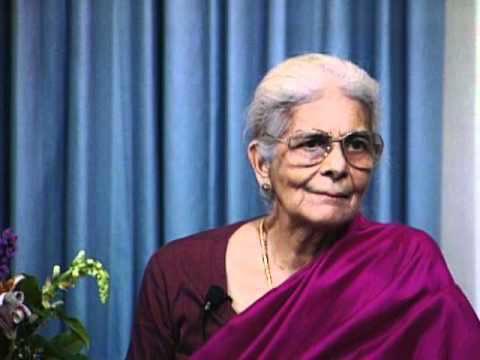 INDIVIDIAL AND GROUP WORK FOR REGENERATION

One of the preliminary documents about these seminars proposes the creation of a European Federation of Young Theosophists, Is there any intention in the President's mind to promote such a division?

CB: Perhaps we should not try to form a federation or to organize the work of the young; let them come and be with us. They will find their own activities which we need not organize.

Now we exchange letters as equals interested in the same things, To separate people just on grounds of age is just as wrong in my view as to separate them on grounds of race, creed, sex, caste or color and thus we should add age to our first object. Let there be no discrimination on any ground at all.

IH: I would disapprove heartily of any attempt to organize younger people as a separate group with their own meetings. I see no reason for it at all and regard it as divisive. As we have had some autobiographical discourses, I will add to them. I also began to read theosophical books at fifteen and on my sixteenth birthday I was given Life in Freedom, by Krishnamurti, During the following year, I, of my own sweet will became a vegetarian. This was very useful for the improvement of my French, because in my senior class at school we had a French lady who persuaded us to converse in French. So I seized the opportunity. I was a militant vegetarian and a militant reincarnationist and so I learnt to express myself on these subjects in French. I made no converts, but I continued in this way during my university years. Every meal became a debate about the virtues of vegetarianism. When I began to go to theosophical meetings, my mother was not too happy, not because I was officially a Roman Catholic, but simply because of the clothes that some of the old ladies wore! You may have seen some pictures of Dr. Besant, wearing what seems a hybrid between a sari and a nightgown! During the last twelve months, I have been able to admit to the Society two schoolboys. One was only fifteen when he first wrote. He had read a great many books on theosophy and kindred subjects.

More recently I admitted another schoolboy. Now we exchange letters as equals interested in the same things. To separate people just on grounds of age is just as wrong in my view as to separate them on grounds of race, creed, sex, caste or color and thus we should add age to our first object. Let there be no discrimination on any ground at all.

The theosophical teachings are not all very simple, Often, in addition to being profound, they are complicated. Also they are often presented in a way that might seem dull or abstract, perhaps more as material for theology students than for young people in general, even for those who are searching for the deeper meaning of life. What are the inspiring thoughts in Theosophical teachings for young people?

DG: Young people are very much interested in the problems that the world family is facing, like ecology, prevention of cruelty to animals and environmental problems. The challenge before students of theosophy may be to widen the scope of study and include a theosophical approach to all these problems. At our public meetings in Montevideo, people participate in the proceedings, with a good coordinator of course. The subjects dealt with refer to problems which touch the soul of man, no matter what his age is. More young people come than older people. Older people have often obtained what they wanted. Young people are still searching. They are asking for cooperation, for warmth, for kindness; they are worried about what is really happening in the world. Sometimes our studies are at too mental a level, and they don't appeal to the young, not being sufficiently practical. We may have to review the approach to our studies and deal with the real problems which we are all facing, problems like drug abuse. If we were to organize meetings on such topics with experienced people with a theosophical approach behind the table, pointing out the real causes, this would be a success and would attract young people.

KE: In Finland, a few times we have organized seminars for the public on topics like 'Through the forest nature into the spiritual life.' Several scientists gave lectures. Hundreds of people, including many young people came. We realized that that kind of work is really very good.

RB: Many young people went to listen to Krishnamurti and they read his books. He was dealing with real problems, the problem of insecurity, of a world in which there is constant struggle, and so on. These are matters in which people are interested.

AH: Although we should not make an age distinction in the T.S. we must also be aware that younger people have different questions, different ways of expressing themselves. They like to come together with friends of their own age to discuss what is relevant to them. Contacts made at an early age can last a lifetime. For me that was one of the big advantages of camps for young people. When you are young, perhaps it is also easier to make mistakes. If younger and older people get together, they can help each other.

RB: What do we mean by knowing about fundamental change? We are all greedy, ambitious, envious, conceited and so forth — the so forth may be very long! In one person one of these forms of self may be strong and in another person a different one. If I am ambitious but not proud, I think the other person is selfish, because he is proud. He sees I am ambitious, but he is not; so he thinks I am selfish. We both think that the other is selfish. The fact is we are both selfish, for these are facets of the same thing; one form of self is not better than another. The mixture in each of us is slightly different, but it makes the same kind of soup! So here we are — ambitious, greedy, etc. Can we know about fundamental change? If by the word 'know' we mean 'experience' fundamental change, obviously not, for as long as there is ambition etc., there is no change. But by observing that this is the source of our problems, we can give an impetus to change.

In other words, clearly by being aware of the existence of the challenge within and meeting it, we begin to negate it, and put an end to it, When we say we negate, who is the 'we', or rather the 'I'? There is no we, because it has to happen in everyone individually. But when 'I' negate, who negates? Is it the ambitious 'me'? To my many ambitions, do I add this one? I imagine myself becoming a beautiful person whom everybody will admire. 'Who am I?' is the question to which Ramana Maharshi again and again drew attention. Who is thinking, wanting, doing, and so forth? Krishnamurti pointed out: 'The observer is the observed.' The person who wants to negate may be the person who is ambitious.

The question of self-will amounts to this: Can the self will away ambition? Awareness shows that the observer who wishes to end ambition is the ambition that is observed. Such awareness is a shift to a level of consciousness not associated with the thing called myself. This may be buddhi. Only clear sight, not seeking to achieve or do anything, can quieten the mind and put an end to its activity. This may not be self-will. Dr. Besant pointed out that a problem — let us say ambition — often increases, if a person struggles against it, because he who struggles is the same as the person who is ambitious. Because the self is full of contradictions, it wants both to remain as it is and to end. Dr. Besant advised meditation On the opposite quality. If you tend to be angry, meditate on peace. If it is a real meditation, the consciousness begins to feel peace. A shift of level, plane or dimension is a qualitative change.

AB: When someone really wants a change, he is at a point when he is ready for it. It is because he is very unhappy either with a bad situation or with himself; then his inner feeling tells him it is time to change. When he is really ready, he needs will-power to change. I believe change has to do with will-power.

GS: Krishnamurti said that one should try to watch with care what is happening in the mind. With care means with carefulness and love; it is not an analytical way of watching, But you need a certain kind of will-power.

HS: The message of the Bhagavad Gita seems to be that in all that happens, in all that is done, there is only one actor. I feel that that is true. How can we link that with an individual change? Here is a deep problem — the interrelationship of the one and the many. Could Radha cast any light on that?

AR: If you really use your will, it is like using the muscles of your arms and in the end nothing happens. You must get rid of all will-power as long as you do not know what will-power really is.

LR: We must distinguish between making an effort and forcing something. If we use will-power when we do not know exactly what it is, we may be forcing something, with negative results. Continuous effort can bring about the right result and an inner change.

RB: The universal Will may not be different from universal Intelligence and universal Goodness. The Bhagavad Gita refers to the 'actor' — who is also the enjoyer, the experiencer, the thinker and freedom from such identification. When the mind is free, there is no feeling 'I am the actor, the enjoyer, the knower, the person using will,' Self-identification can be very subtle. We may not consciously think 'I am the actor', but at the back of the mind there could be the feeling 'I am acting, I am the person who knows; knowledge is mine, experience is mine,' which is a way of maintaining the self-centre, which is a psychologically created centre.

The Bhagavad Gita points to the fact that this is a projection of thought, a kind of fiction we have created, labels we have attached. There is a different kind of action, action without the person who says, 'I am the actor', knowing without the centre which says 'It is my knowledge.' The crux of the problem is: does the self-centre continue to exist, or has it died? If one says 'I have put an end to ambition, I know,' one has not put an end to the self, for it continues in the form of 'myself, the knower'.