Death and Lessons to Learn 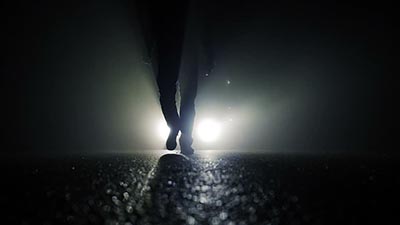 What does death mean to us as Seekers for the Ageless Wisdom? It can mean many things, but it impacts each and every one of us. We will all die. The physical body deteriorates and eventually quits working. Many of us believe that when the physical body dies, consciousness continues in some way.

The continuation of consciousness is found in almost all of the theosophical literature, but science has yet to prove that consciousness survives after the death of the physical body. While many scientists and researchers continue to explore the idea of consciousness beyond the physical body, there is one hypothesis that is particularly interesting. It is that of Dr. Jim Tucker who took over the work of Dr. Ian Stevenson upon his retirement in 2002. Dr. Tucker is a board certified child psychiatrist and is the Bonner-Lowry Profession of Psychiatry and Neurobehavioral Sciences at the University of Virginia. He is the Director of the UVA Division of Perceptual Studies. Dr. Tucker works with children who report memories of past lives as did Dr. Stevenson.

While the existence of consciousness beyond the death of the physical brain is not new information for many seekers on the spiritual path, it is heartening to know that scientists and researchers are finding scientific explanations for what many accept intuitively or have discovered through their own spiritual search.

As interesting as this scientific hypothesis is, however, what does this have to do with us on a daily basis? If we believe that our consciousness continues after the death of our physical body, it seems to almost minimize that specific event. We may overlook the death of the personality and its body. Yet, we the inevitable end to the physical incarnation can provide us with many opportunities.

How many of us have thought about the death of our physical body? How do we feel about it and the end of this personality? Some may feel fearful; some may feel some anxiety; others may feel joyful or at least accepting. Many people, even some seekers on the spiritual path avoid consideration of the death of their physical body – avoid making plans for the disposal of it; avoid making plans for the disbursement of any “things” gathered along the way, and so on.

Many existential philosophers have made statements such as “death gives meaning to life.” It has been taken by many to mean that there is only one life to live, and the limited time available before death makes life and the things we do during that lifetime meaningful. From another perspective, maybe it’s not limited to one life but allows us to focus on the life we are currently living. When we die, the personality and all that it contains (body, emotions, desires, attachments, etc.) will be dead even though consciousness continues.

What would it be like to live every day as if the death of the current body is imminent? Would we make changes in our thoughts or behaviors? Death IS imminent. We don’t know when or how, but we know it will happen. Yet, many tend to live as if there is no end to this current physical existence and have a tendency to procrastinate…”I’ll apologize tomorrow. I’ll clarify my statements when I see her/him again. Next week, I’ll begin my meditation practice in earnest.” So many ways to delay, but what if there is no tomorrow, in this current physical existence?

Just for a few moments, contemplate the thought that the physical body is going to die within a few hours. What would you think about? What is most important aspect of this lifetime to you? What do you wish you could change about the life you have lived to this point? Are there things you wish you had said or done? Would you have worked more? Spent more time with loved ones? Dedicated more time to the spiritual quest? Would you have treated yourself or others differently? Would you have appreciated the beauty of this physical world more consciously and intentionally?

These are answers that each individual must answer for himself or herself, probably after serious contemplation. However, these are questions that are extremely important for each one of us to consider. Instead of waiting until it is time for the physical body to die, we can begin to make changes now that will facilitate our passing into other realms of consciousness.

In the Winter 2019 issue of the Quest Magazine (the journal of the Theosophical Society in America) which will be available in late December, the issue is devoted to the concept of Death and the Afterlife. While there are many interesting articles, one particular article is pertinent for this conversation. Dr. Nelda Samarel, a retired nursing professor and long-time student of the Ageless Wisdom who has held a number of positions in the Theosophical world, writes about “Preparing for Death and After.” In this article she asks a very simple but profound question: “If we are planning a trip to an unknown place, how would we go about it? Would we fly somewhere, get off the plane, and think, ‘Where should I go? Where should I sleep?’ Would we wander around and wonder what the place is like? Or would we prepare for our trip?” Dr. Samarel suggests a number of practical ideas to help us prepare for the trip that each and every one of us will take one day. These suggestions range from deciding where we want to focus our energy each and every day to incorporating peace and emotional stability into our daily lives through a meditation practice.

There is also much we can learn from listening to those who have had Near Death Experiences (NDEs). A clear example of the way in which a near death experience changed an individual’s life is the following story, excerpted from an article by Joann S. Bakula entitled “How Death Changes Life” and published in the Fall 2009 Quest magazine. The young woman involved was not a Theosophist and not a spiritual seeker, yet she learned and grew from her NDE.

One of my Florida International University students, of Cuban Catholic background, whom I’ll call Rosa, reported an authentic NDE [near death experience] during a death studies class. Her experience followed a brain aneurysm and left her very puzzled about part of it. She described the customary tunnel and the painless voyage to a blissful realm where "light more brilliant than the sun" seemed to be caressing her. "It was loving, approving, safe." She said to herself, "Now you’ve done it – you’re dead!" A soundless voice answered her, "You are not dead. You must go back." A review took place in the presence of this being, whom she identified as God. As she left this state she was surprisingly told to "become more selfish."

After Rosa returned to consciousness, she had a difficult time assimilating the information and following the advice. Would God tell her to be more selfish? Like most people raised in the Christian religion, she had always associated God’s way with being less selfish and less self-centered and with leading a life of service to others. What she heard while near death caused her to doubt her understanding of her faith.

Nevertheless, Rosa felt certain that this presence was God; she had no doubt of this. The experience was profound; she told her parents and husband that she had changed and would continue to change, and that there was no death, although they dismissed her experience as part of the trauma. But how could she follow the advice? It caused considerable conflict to her in the months that followed. As an aftereffect, she reported definite changes in her personality, resulting in a less passive and more vital engagement in life. She had become more assertive and self-confident, more aware of male dominance of women, and more concerned about using her full potential. She was less likely to be complacent and took the initiative more often. She had developed a need to learn, understand, and develop. She realized that she had to "love myself before I could love others without judgment." Something of the nonjudgmental and unconditional love of the presence she had felt began to fill her, changing her life.

Betty Bland, former National President of the Theosophical Society in America also had a near death experience which Bakula addresses in her article. Bakula writes:

Depth of understanding, extended perception, compassion, love, insight resulting from a unique review of her own life and life itself, living for others, knowledge of purpose, and the ability to use the experience in living skills are all there in Betty Bland’s life and words and even in her presence. This is the most noticeably profound, life-transforming, and long-lasting aftereffect of the NDE. As she describes it, "reality gains a new dimension."

Whether or not one has had a near death experience, all of us can learn from the experiences of others and from our own recognition that this physical incarnation is impermanent. Regardless of when the death of the physical body comes, we can begin making changes today! We can focus on the things that are most important to us from a universal and spiritual perspective. We can say the things that we want to say. We can do the things that we want to do. We have the opportunity to complete, in this physical lifetime, the things that we chose to learn and do when we came into this incarnation. In this way, death gives meaning to life and allows us to grow closer to that innate potential which is inherent in all of us.