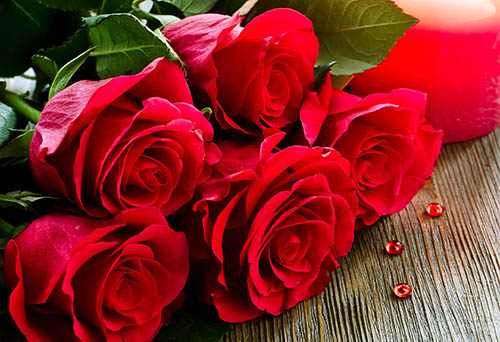 New data supports a Blavatsky assertion over a century old.

Modem science is our best ally,” wrote Mahatma K.H. in 1882. But he was quick to add, “Yet it is generally that same science which is made the weapon to break our heads with.” – (The Mahatma Letters to A. P. Sinnett, p. 63.)

Friend or foe? Or friend and foe ? The anomaly remains to this day. Science knows little of Theosophy, and on principle would not recognize it as an acceptable source of knowledge. On the other hand, Theosophical study includes science as one of its main components. The index to The Secret Doctrine confirms this, if confirmation is called for; and of course the Theosophical Society’s second object explicitly encourages the study of science.

Surveying the past hundred years, a case could be made that these two schools of thought are closer now than ever before, closer, yes, but not that close. There is still a wide gap between the two, and there is a fundamental reason why.

In general, it has to be acknowledged that the majority of the differences between Theosophy and Science will never be resolved while their objects and methods are so basically different. Science depends exclusively on the inductive course of reasoning, i.e., proceeding from particulars to universals. Theosophy also employs this system, but complements it with the deductive mode, siding with Plato in his insistence on proceeding from universals to particulars. Then again, Science limits its field of observation to the physical plane only; Theosophy takes in all planes from matter to spirit. Until Science is liberalized, the two will remain distant from each other.

Modern scientists have this advantage over the students of Theosophy: that within the relatively narrow limits of their field of study they are able, and indeed required and expected, to check and recheck experiments that provide data from which theories are developed. Most present Theosophical aspirants, however, have at their command only imperfect or still latent faculties with which to investigate ‘meta-scientific’ postulates, let alone universals. Certain ideas – especially those pertinent to the sciences – that were promulgated in early Theosophical literature, have therefore either to be taken on trust, or held in abeyance until the means of testing them are individually perfected.

Occasionally, unexpected temporary bridges are put up, when new scientific data supports Theosophical ideas. But the latter have been on record for over a century, and surely it is of no little significance that the Theosophical position has remained unchanged over that period, and science has taken that long to reach a similar one in certain specific cases.

Under the ‘meta-scientific’ heading could be classified certain statements made a hundred or more years ago by Madame Blavatsky or her teachers. A recent example should give both schools something to think about.

The relative proximity of Halley’s Comet to planet Earth early in 1986 prompted astronomers and astrophysicists to mount a special research effort before, during and after the event. The data thus obtained is now being studied, resulting in no few surprises. One chemical analysis in particular revealed “that the ratio between Carbon 12 and Carbon 13 in Halley differs from all other solar system objects examined, including terrestrial and lunar rocks, meteorites and the atmospheres of the large planets.” (This statement by astronomer Dr. Susan Wyckoff of the Arizona State university, explaining the results of her research, is from a report in the Calgary Herald, March 31, 1989.)

The strong implication here is that Halley’s chemical content includes material unknown in the solar system. This has an interesting correlation with an assertion made by H. P. Blavatsky in 1883. An English member of the Society (Frederick W. H. Myers) had submitted to her as Editor of The Theosophist a number of technical questions prompted by his reading of Esoteric Buddhism. In content these ranged from scientific to historical. Obviously much effort went in to the replies, some of which were written by T. Subba Row.

Included in some general remarks which preceded the answers, Blavatsky made some comments on the astronomy of her day, and observed that “So far, it has been unable to discover with any approach to certainty the physical constitution of either Sun, stars, or even cometary matter.” Several lines later she went on:

“The essence of cometary matter must be – and the ‘Adepts’ say is totally different from any of the chemical or physical characteristics with which the greatest chemists and physicists of the Earth are familiar all recent hypotheses to the contrary not-withstanding...

Occultists have asserted and go on asserting daily the fallacy of judging the essence by its outward manifestations,... the physical constitution of Sun, stars and comets by our terrestrial chemistry and the matter of our own planet.” (H. P. Blavatsky Collected Writings, V, 147-8 Author’s italics.)

In The Key to Theosophy, p. 85, she also suggested external nature in other Solar systems differs from our own.

Citing “The essence of cometary matter...” statement in The Secret Doctrine, H.RB. went on to say:

“And even that matter, during rapid passage through our atmosphere, undergoes a certain change in its nature. Thus not alone the elements of our planets, but even those of all its sisters in the Solar System differ as widely from each other in their combinations, as from the Cosmic elements beyond our Solar limits.” (S.D. 1,142)

To a student of occultism, far more important that the fact itself will be the answer to the question: how did Blavatsky (or perhaps her mentors) know cometary matter is of a different chemical composition from that in other bodies in our solar system ?

A supplementary question is why did she choose to make such a statement in 1883 ? At that time, astronomers had no means to check it. By publishing it, she ran the risk of ridicule, and even of being accused of bluffing.

The “cometary matter” statement was quoted in “The Comet Cometh” (The Canadian Theosophist, Nov-Dec 1985, p. 98) The writers of that article commented: “This is one of the questions for which there should be more conclusive answers before this time next year.” Their timing was out, but at least they spotted a potential item of exciting interest which might emerge from the Halley research.

Dr. Wyckoff’s team will be looking at other comets as they approach close enough to the earth for detailed study. Their findings may or may not give added confirmation to Blavatsky’s assertion about cometary matter.

Certainly, there are many statements scattered through the early Theosophical writings that would have been incredible, nay, inconceivable to scientifically minded readers a hundred years ago. But as modem science gathers more and more facts, and is – usually reluctantly – forced to reject or modify old theories, the less fantastic some of the statements by H. P Blavatsky and her teachers appear to modem readers. Curiously, several of them pertain to astronomy in one way or another.

Until relatively recently, the average intelligent though skeptical reader would have felt justified in describing some of those statements as nonsensical. Consider, for example, how such a reader might have reacted in 1923 when The Mahatma Letters to A. P. Sinnett was first published. They contain a remarkable passage, written in 1882, stated in the following matter-of-fact terms:

“Science will hear sounds from certain planets before she see them. This is a prophesy.” (p. 170)

It was a prophesy indeed – remarkably fulfilled seventy or more years later with the development of radio astronomy. But to the 1923 reader ( to say nothing of the original recipient of the letter in 1882) the statement would have been next to meaningless. Radio was then in its infancy, the electronic techniques necessary to design and construct radio “telescopes” were still nearly thirty years and a world war away.

Another example is the statement that the true color of the sun is blue (H. P. Blavatsky Collected Writings XII, 548fn.) – confirmed by the early astronauts. (And unconfirmable until space exploration began.)

Yet another: that the moon is older than the earth (S. D. II, 64), supported by rock samples brought back from the moon.

Not to belabor the point, but these examples should be sufficient to alert intelligent readers to the fact that over a hundred years ago a few individuals possessed information unknown to science at the time. Then too, there is every indication they knew much more than they told, and gave out hints only.

The modern Theosophical teaching was new to the world of a hundred years ago yet it has a timeless quality. New students rightly want to know how dependable it is. Today, they can be referred to the old saying, the proof of the pudding is in the eating. The Secret Doctrine reads exactly the same in 1989 as it did in 1889. It requires no apology, no commentary, and remarkably little correction. The exciting ideas, the awe-inspiring theories, have weathered the remarkable scientific discoveries of this century, and in many instances are comparatively more credible to the scientific establishment today than when written.

Little by little, Science and Theosophy move closer together. Perhaps in not too many centuries hence, a leading scientist will have to admit that “Modem Theosophy is our best ally.”

[From: The Canadian Theosophist, May-June 1989]