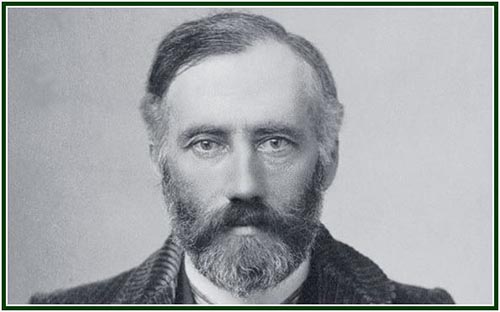 In my experience with the Theosophical Society I have noticed a disposition on the part of some members to often object to the methods of others or to their plans on the ground that they are unwise, or not suitable, or what not. These objections are not put in a spirit of discord, but more often arise merely from a want of knowledge of the working of the laws which govern our efforts.

H.P.B. always said following the rules laid down by high teachers – that no proposal for theosophical work should be rejected or opposed provided the proposer has the sincere motive of doing good to the movement and to his fellows. Of course that does not mean that distinctly bad or pernicious purposes are to be forwarded. Seldom, however, does a sincere theosophist propose such bad acts. But they often desire to begin some small work for the Society and are frequently opposed by those who think the juncture unfavorable or the thing itself unwise. These objections always have at bottom the assumption that there is only one certain method to be followed. One-man objects to the fact that a Branch holds open public meetings, another that it does not. Others think the Branch should be distinctly metaphysical, still more that it should be entirely ethical. Sometimes when a member who has not much capacity proposes an insignificant work in his own way, his fellows think it ought not to be done. But the true way is to bid good-speed to every sincere attempt to spread theosophy, even if you cannot agree with the method. As it is not your proposal, you are not concerned at all in the matter. You praise the desire to benefit; nature takes care of results.

A few examples may illustrate. Once in New York a most untrue newspaper article about theosophy appeared. It was a lying interview. All that it had in it true was the address of an official of the T.S. It was sent by an enemy of the Society to a gentleman who had long desired to find us. He read it, took down the address, and became one of our most valued members. In England a lady of influence had desired to find out the Society's place but could not. By accident a placard that some members thought unwise fell into her hands noticing an address on theosophy in an obscure place. She attended, and there met those who directed her to the Society. In the same town a member who is not in the upper classes throws cards about at meetings directing those who want to know theosophical doctrines where to go. In several cases these chance cards, undignifiedly scattered, have brought into the ranks excellent members who had no other means of finding out about the Society. Certainly the most of us would think that scattering cards in this manner is too undignified to be our work.

But no one method is to be insisted on. Each man is a potency in himself, and only by working on the lines which suggest themselves to him can he bring to bear the forces that are his. We should deny no man and interfere with none; for our duty is to discover what we ourselves can do without criticizing the actions of another. The laws of karmic action have much to do with this. We interfere for a time with good results to come when we attempt to judge according to our own standards the methods of work which a fellow member proposes for himself. Ramifying in every direction are the levers that move and bring about results, some of those levers - absolutely necessary for the greatest of results - being very small and obscure. They are all of them human beings, and hence we must carefully watch that by no word of ours the levers are obstructed. If we attend strictly to our own duty all will act in harmony, for the duty of another is dangerous for us. Therefore if any member proposes to spread the doctrines of theosophy in a way that seems wise to him, wish him success even if his method be one that would not commend itself to you for your own guidance.