Although Co-Freemasonic organisations have secrets, it is founded on the principals of brotherhood, freedom of faith, justice and equality. It Inculcates wisdom, inner strength, and inner beauty and is probably the most democratic of all organisations, at the same time, promoting self-discipline and self-empowerment. Freemasonry is well known around the world for its charitable work without fanfare. Thousands of non-masons have benefitted from Freemasonic generosity. Strong self-discipline promotes freedom for oneself and others belonging to the same closed organisation. Harmony among its members is stressed as a principle above all other disciplines.

Early Founders of the Theosophical Society

The 1848 French revolution slogans were liberty, fraternity and equality so it was natural for prominent French women politicians to stress the question of equality. This brought about the initiation of Marie Desraismes into a male craft Lodge in 1893 and then a male craft mason George Martin joined with her and others in forming the first Co-Freemasonic Lodge later in 1893 and eventually a Supreme Council of the International order of Co-freemasonry Le Droit Humain. 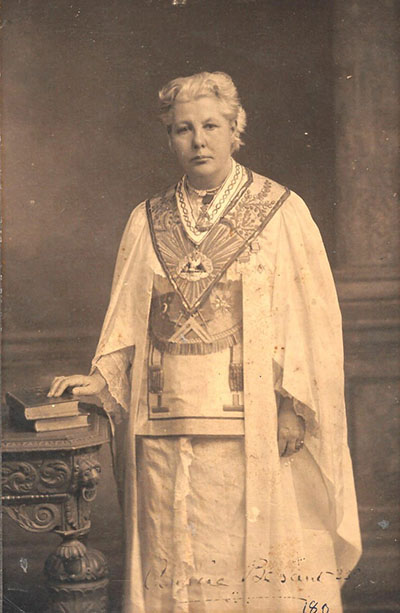 LDH Co Masonry has had a close link to Theosophy from the early 1900s.The wife of G. S. Arundale, Francesca Arundale, was the first Englishwomen to be initiated into this order and accompanied Dr. Annie Besant to her initiation in Paris around 1901. Another 6 were initiated in Paris in 1902. Later that year, Annie Besant created the first British Lodge Human Duty No 6 in Piccadilly. Several Lodges were started in England and later in January 1904, she laid the foundation stone for the Benares Lodge and installed a Lodge in Lahore, India. In May 1904 she was raised to the 33⁰ in Paris and made the Supreme Council’s Representative for Britain and India. Dr Besant created new English Masonic rituals based upon the Ancient and Accepted Scottish Rite and continued to introduce Co-Freemasonry into countries of the British Empire and English-speaking Lodges in USA. She became the second international President of the Theosophical Society in 1907 and continued for several years to be the MPGC for several British territories. On her Death in 1933 it was decided to form separate Co-Masonic Federations: The LDH British Federation which included Britain, Ireland, Canada and South Africa and the LDH Eastern Federation which included India, Australia, New Zealand, Burma and Ceylon. The third International President of the TS, George Arundale, became the Head of the LDH Eastern Co- Freemasonic Order, N. Sri Ram was also head of the LDH Eastern Federation of International Co- Freemasonry. 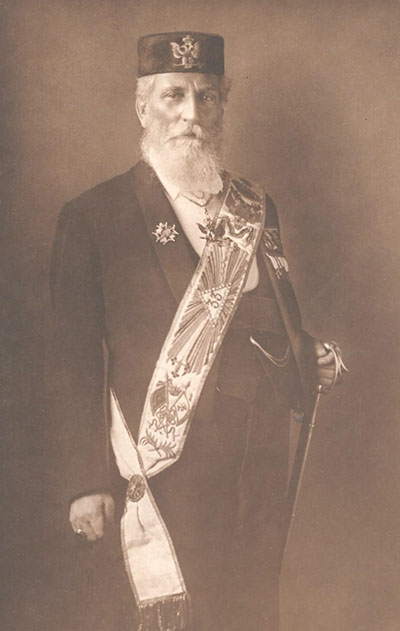 A past Deputy International President Joy Mills, was head of LDH Co freemasonry in the USA.

A past Deputy International President John Algeo is also a High-ranking Co Freemason.

Radha Burnier was the head of LDH Co-Freemasonry in India until breaking away from LDH in 2002 when the Eastern Order of International Co-Freemasonry was formed and other former LDH groups from other countries also joined the newly formed Eastern Order. Radha Burnier then became the Grand Master and President of the Supreme Council. A TS Member Desiree Collins became the second Grand Master in 2012 and Tom Davis, past General Secretary of the TS in South Africa and Chairman of the Pan African Theosophical Federation, became the third Grand master of the Order in 2015.

The Eastern Order of Co-Freemasonry has cordial relations with many other Co-Freemasonic Orders around the world and especially with the Theosophical Society, as it contains many of its members.

The Masonic Temple in Adyar hosts a special meeting every year during the International TS Convention, for all local and visiting Co Masons within India and those coming from around the world. It is always a wonderful event to see their large temple packed to capacity with so many Co-Freemasons who are also TS Members.

We have 718 guests and no members online