The Ideal of Service 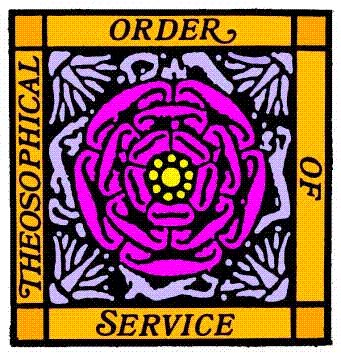 One need not look far to perceive the dilemmas that affront our world today. It is, in fact, impossible to walk down the street without observing suffering of some kind; and though we may at times close our eyes and ears to the facts, the problems of life will always again rear their ugly heads. We are each of us entangled in society’s web of issues and are thus each responsible for our responses to these; our actions or lack thereof. Simply stated, society is the outward expression of our collective karma: we are its cause, and its issues, the effect.

It should be clear to the shrewd student of these teachings that Theosophy was never intended as a merely philosophical pursuit. Indeed, it is the duty of every Theosophist to set right the misconception that his is an idle life; and this is to be achieved not by argument but by action. There is a profound truth to the proverbial assertion that actions speak louder than words. We may here appropriately quote Dr Annie Besant in her statement that it is better to “remain silent, better not even think, if you are not prepared to act.” The role of the Theosophist in relation to the affairs of society is not, then, one of blissful escape in the utopian clouds of renunciative indifference, but rather that of a collaborator and activist, ever willing to lend the helping hand by the means of true Theosophical service. Such a one is a builder and co-worker in the establishment of the ethical and righteous foundations of society; his mission is to set firmly the cornerstone of universal brotherhood over which the bricks of social order will be gradually laid.

This idea of service stands at the bedrock of what it means to live the Theosophical life. It is for this very reason that G. S. Arundale refers to Theosophy as “the way of service” in his short 1919 work of the same name. The relationship between Theosophy and society may be readily grasped when one recognises that the application of Theosophical principles to societal action results in altruism. Altruism may thus be rightly understood as the central principle of the Theosophical worldview.

This, then, is practical Theosophy; altruism through selfless service to humanity, where one’s actions are solely for the purpose of helping and benefitting his fellow man, and in this way to pursue the Bodhisattva ideal. For it is in the pursuit of this path of compassion that one may alleviate the suffering of the world in those ways best suited to his abilities; by this may he become truly a “liberator of mankind”.

H.P.B., writing in her second letter to the American Convention of Theosophists, says of altruism that it is: “the keynote of Theosophy and the cure for all ills; this it is which the real Founders of the Theosophical Society promote as its first object – UNIVERSAL BROTHERHOOD.”

When considering Theosophy in regards to its relationship with society at large it is well to reflect upon the aforementioned first object of the Theosophical Society, this being:

“To form a nucleus of the universal brotherhood of humanity without distinction of race, creed, sex, caste, or colour.”

The current condition of our society is rooted not in order but disorder, not law but lawlessness; this is the karmic consequence which faces us on every side, from which arises the mass suffering and discontent that bears striking witness to the failure of our modern civilisation. The masses thirst for the sweet nectar of brotherhood and justice and yet find their cups filled instead with the bitter waters of discontent; from this is bred the hatred and malice so that so plague our present society. Action born of anger results in repression born of suspicion and so the cycle continues without end, from one revolution or act of violence to the next. Our natural state of unity and coexistence with our fellow kin is daily contradicted in our societal lives, until that brutish point is reached where brother turns against brother; father against son. The mass disdain for natural law threatens to set ablaze the very constructs of our society; to burn to ashes the systems by which we interact one with another – yet as the Hindu cosmology so articulately teaches, it is only by the Destructive Principle of Shiva that the ground may be cleared for the emergence of something new. Perhaps from the wreckage of our war-torn world we may attempt anew to build a civilisation, one founded upon the ideal and fact of universal brotherhood and the fundamental oneness of life.

The one point on which all can agree is that the current state of affairs is a dissatisfactory one, and yet the process by which we bring about change is an issue for contention among the differing schools of thought. By what method, then, may we begin to move forward in our quest for progress; and where lies the common ground on which we may each of us stand?

The change must begin as an internal one; we must first aim to train and discipline ourselves before we seek to confront the challenges of the world. In our immediate circles we can place before our associates those ideals that shall be so clearly of noble character, so evidently wise, so pure of intention, that they shall win the loyalty of the intellect whilst likewise gratifying the hankerings of the heart. Those things which are of an intellectual and spiritual nature must be set in the place of materialistic urges upon the altar of our attention - that Man may emerge from his infantile state in the gold chests of his lower nature and thus ascend towards the real gold of the Spirit that lies shimmering upon the horizon of his potential.

This change occurs with the recognition of the lust for luxury and wealth – the multiplicity of materialistic wants – as being the mark of an inferior development in consciousness; here the low and the base are understood for what they are: the muddy ground at the base of the mountaintop of Man’s evolution through which one must toil to climb to greater heights of spiritual attainment.

The desire for material goods is rooted in the condition of combat and competition; this being for the reason that material goods are finite and limited, and thus inequality in terms of material wealth is the necessary condition of a materialistic society. Possession by one individual or group of a material good excludes possession by another; hence conflict occurs. Progress towards peace must therefore necessarily through an appeal to the intellectual and spiritual aspects of life, and not that of materialistic gain.

We must, finally, foster a sense of faith in humanity and appeal to that which is best in Man; we must invoke the Spirit and not the beast. Only in the development of a sense of duty and honour may we discover our place in the grander scheme – only by such may we plant the seeds of peace, both in our inner lives and externally in the heart and soul of community. It is duty that must be laid as the foundation of society, for in duty is contained the ideal of universal brotherhood from which the garden of peace may bloom.

The keynote of our current age is progress. We are concerned, now more than ever, with the development of human society, and by such, to climb higher upon the ladder of Man’s evolution. The majority of our human race today are yet in the fourth race, and yet it is the fifth race that is leading this progressive development. The advent of the sixth race is still far on the horizon, though it is this last which will strike the keynote of unity and brotherhood in the spirit of service to all.

The fundamental reality of the unity of life is the central truth of the coming race, and it is from this understanding that we will emerge into a higher state of being. Thus do we stand at the threshold of a new renaissance of thought, one which is founded on the cornerstone of brotherhood and altruistic service for the betterment of mankind. The doctrines of antiquity no longer satisfy the yearning of man for an understanding of the world in which he lives. The old religions have failed in their task, leaving naught but debris in the wake of their decrepitude. The advances of modern science and the progressive philosophies of our time have caused a shifting of the tectonic plates of spiritual mentality and we are left with the arduous duty of building a new foundation from the shattered fragments of the fallen edifice of orthodoxy.

But lest this picture of modernity be painted in too sombre a shade, let us stand back for a moment and absorb the broader view. For it is a fact of nature that destruction must precede rebirth. The old things have passed away; behold, new things have come. So speak the ghosts of departed creeds. And so there shall arise a phoenix from the ashes, carrying in its flight the spark of a kindling flame destined to ignite the world ablaze in the fires of renewal. For indeed, what is dead must rise again; transformed like gold from the alchemist's furnace. And it is here we find ourselves in this present age of uncertainty. The temples of the future must be raised from the rubble and this task falls to us – those few who dare to seek the light beyond the veil. This is no simple errand, and the road ahead is perilous and obstructed at every turn. But he who perseveres shall surely triumph – and thus, persevere we must.

In our perseverance, we must raise high the flame of hope, keep ever bright our thoughts, and pure, our intentions. It is for us who are Theosophists to pave the way for realisation of peace, brotherhood, the bringing together of cultures, classes, and nations, the eradication of hostilities, and the recognition of our shared responsibility to our fellow Man and the world we each of us inhabit. Thus must we prepare, each and all, for the coming trials ahead. The discovery of our role – of our dharma in the cosmic play – is the duty of every Theosophist; we are each of us suited to those methods whereby we may have the most beneficent impact on the progress of our society.

H.P.B., speaking of the role of the Theosophist in relation to society, wrote the following words:

"Every Theosophist is bound to do his utmost to help on, by all the means in his power, every wise and well-considered social effort which has for its object the amelioration of the condition of the poor. Such efforts should be made with a view to their ultimate social emancipation, or the development of the sense of duty in those who now so often neglect it in nearly every relation of life." [The Key to Theosophy, pg. 23]

The Theosophical Society, past and present, has always stood firmly upon this foundation of service. We see this manifested in the activism of Dr Annie Besant in the fight for women’s rights as well as in the Indian campaign for democratic rule. Likewise, in the formation of the Theosophical Order of Service, which is founded on the ideals of creative and humanitarian action in the fields of education, social welfare, animal rights, and environmental concerns.

It is in this spirit that we must progress boldly into the future, each assuming joyfully the part they have to play. Service to one is service to all, and no act is too small or insignificant from the Theosophical perspective. Every action counts, and the seeds we sow today may one day grow to encircle us in the fields of compassion and love.