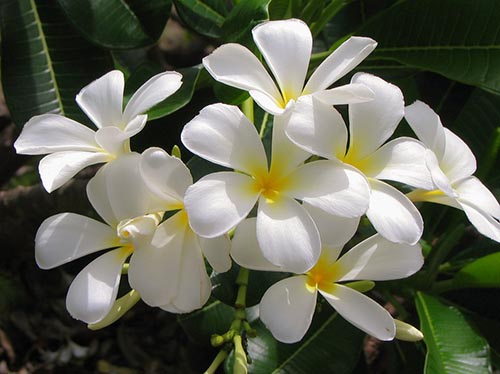 Listen! Listen to your children when they try to catch your attention. As much as possible do not delay or suspend your concern for them because what they have to say is important. Do not tell them that you are too busy; do not dismiss them. Do not get irritated when they become persistent. All they want you to do is listen.

And if you come to think about it, what is more important than listening to your own children or, for that matter, your very close friend for a moment. Are you going to lose time or miss a dead line? Ask yourself seriously, what shall I lose if I do not listen to my eager child? Probably, trust, and later on, the affection of the child. The child will most likely feel ins e cure – that his or her concerns are not as important as the concerns of the parents. And if this kind of situ at ion continues, the communication and interaction bet ween child and parent will suffer. Both child and parent become insecure.

The conflict between and among people can be very subtle and diff cult to detect from outside. Only when the conflict is fueled by anger does it become obvious. Violence has distinct characteristics which people of all societies seem to know well, based on their own histories, which are often taken for granted or ignored. It:

When I was working in a conflict area in the southern Philippines, I encountered many refugees from the war who did not want to go into evacuation centers. They would rather seek out their relatives for support than receive food rations in a bask et ball court and sleep in cramped classrooms. They tried very hard to keep their self-respect as persons in unsanitary surroundings and maintain the dignity of their families while receiving dole-outs. When self-respect is violated their fears turn inward and despair hardens into anger. It is not surprising then that victims who are kept in refugee centers far too long, start to inflict violence among themselves or become bitterly aggressive towards those whom they have identified as their “enemies.”

Notice how the problem of one person becomes the insecurity of two and can affect the many.

Notice how conflicts develop between two contenders, bet ween clans, bet ween societies of differing cultures, and even between nations. Conflicts emphasize and capitalize on the differences among people, how separate they are from one another.

Buddhist tradition has a way of helping us understand conflict, and this is by viewing it in “emptiness.” In various Buddhist sutras, “emptiness” (sunyata in Sanskrit; tonyapid in Tibetan) is a subject of discourse. And so we ask ours elves, empty of what? And the re ply of the Buddhist teacher, such as Thich Nhat Hanh, is “empty of a separate self.” Nothing in life has a separate existence.

When form is empty, as stated in the Prajñaparamita Sutra or the Sutra of the Heart of Perfect Understanding, it means that form is empty of a separate self, but it is full of everything of this world, of the whole cosmos. Geoffrey Hodson affirms this “fullness” in The Concealed Wisdom in World Mythology:

“The whole universe with all its parts, from the highest plane down to physical nature is regarded as being interlocked, interwoven to make a sing le whole –one body, one organism, one power; one life, one consciousness, all cyclically evolving under one law. The “organs” or parts of the macrocosm, although separated in space and plane of manifestation, are in fact harmoniously interrelated, intercommunicative, and continually interactive.”

I cannot be merely an observer; I have to participate in the process of observation, interact, eliminate the duality of the observer and the observed. To understand other people deeply, I have to know them as they are – and not as I like or want them to be. Otherwise my view of the person becomes distorted by impressions of the past and becomes burdened by anxieties of the future.

Unless these perceptions are tamed by the practice of constant mindfulness, we conveniently categorize people based on our likes and dislikes. We label them as pleasant or unpleasant, friend or foe, rivals or allies, and so on. By continuously making careless judgements about people, we create divisions that shape conflicts.

Being constantly mindful or aware of thoughts is a sincere attempt not to become irritated or agitated by people and events. The fears in each one of us pol lute the environment and atmosphere wherever we are. And at any time, fear can ignite conflicts, the way a mob would re act to an incident.

So I respond in emptiness. And since emptiness is the denial of a separate existence, it is but logical to ask: what is it in us that seeks or even thirsts for emptiness? And the answer has been the subject of Theosophical discussions – the Spiritual. On this particular unique occasion, al low me to adopt Annie Besant’s definition of the “Spiritual” from her books The Laws of the Higher Life:

“The Spiritual is the life of the consciousness that recognizes Unity, which sees one Self in everything and everything in the Self. The spiritual life is the life that sees the one and the Eternal in each changing form.”

In another part of the book, Besant explains further:

The spiritual man must lead a life of self-identification with all that lives and moves. There is no “other” in this world; we are all one. Each is a separate form, but one Spirit moves and lives in all.”

Let us bravely imagine that each one of us is a ripple in a pond; our outer circles are widening, touching and overlapping. In the center of each ripple is a flowering lotus.

Look closely – we are empty!

[This article previously appeared in the June, 2005 issue of The Theosophist]