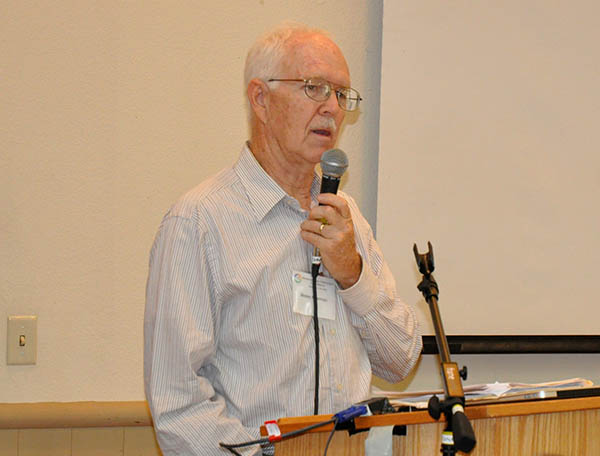 [The magazine Vidya http://www.theosophysb.org/site/publications.html , edited by associates of the United Lodge of Theosophists in Santa Barbara, USA, published the following article in its Summer 2017 issue; here is a slightly revised version.]

In Plato’s dialogue, The Banquet, he says, “Love is that place between the human and the gods. It is reachable for us through philosophy.” Theosophia, the knowledge of the gods, is approached through philosophia, a love of that wisdom. Compassion is that link between human beings and true knowledge. H.P.B. indicates quite clearly in her article, “What is Truth,” that all we have to work with, in our lives and in the world, are relative truths. Everything in the philosophy, everything we understand, may indeed be true, but it can only be relatively true. An understanding of social responsibility is one such subject.

In response to some letters sent in critical of Theosophists for allegedly not doing anything of practical help to society, H. P. Blavatsky wrote an editorial in one of the first issues of Lucifer, a remarkable article, “Let Every Man Prove His Own Work.” It contains a seminal set of ideas, wonderfully stated, showing how just “doing good” isn't enough. While there is plenty of ‘doing good’ in the world, Theosophists, she writes, have an especially difficult task. Doing ‘good’ requires that we know what, in fact, we are doing. Are we acting rightly and with knowledge? Often, and unfortunately, what is being done in the name of doing good – just plain hurts. If we learn anything from Theosophy, if we learn anything from Madame Blavatsky relative to the amelioration of suffering, it is to commit to the ethical counterpart of the Hippocratic Oath, “Do No Harm” and “Do No Harm to Others.”

How do we get from where we are, clearly, relatively intelligent and at the same time relatively ignorant men and women – however well motivated – to wisdom? Philosophy, says Plato, is that link. However, thinking (dianoia) is only part of the way. It is not sufficient. It is not complete in and of itself, albeit absolutely necessary. Without the ideal of compassion, all the technical teachings, metaphysics and fine linguistic distinctions in Theosophy are of no use, or perhaps even worse than useless. This is because, without ethics, philosophical ideas serve but to confuse. They can blind us, isolating us from the real need at hand.

There are three places in H.P. Blavatsky's writings that offer seminal instruction about compassion. These sources are directly or indirectly instructive on the issue of social responsibility. The first is, the article “Let Every Man Prove His Own Work.” The second is The Voice of the Silence. The Voice tells us that the path of wisdom is through the path of service – there is no other way. The third key source is found in the pamphlet Five Messages from H.P. Blavatsky to the American Theosophists.

Between 1888 and 1891 she wrote her letters of congratulations and offered cautioning advice, valuable insight and cheery encouragement pertaining to Theosophical work in The United States. Residing at the time in London, she did not travel to these American conventions herself. Others, such as William Q. Judge, read aloud her messages at these conventions. In one of her letters she said that what is needed is the ideal of compassion and of service, and that the practice of ethics is the most important duty in Theosophy. Far more important than any particular doctrine, any knowledge of the laws and facts about the psychic plane – are the ethics. Many doctrines and arcane facts are useful, but they are useless without the ideal of compassion put into practice.

There is a kind of dilemma that she explains in “Let Every Man Prove His Own Work.” It is the dilemma of service. How and when to help – and when not to – is really the challenge for all well-intentioned human beings. She indicates in this article, the limits of social and religious philanthropy – and the limits of asking ourselves the question, “What is it we ought to be doing?” The fact that we posit questions of moral responsibility, service and philanthropy, means that we are in that very place that Plato indicates in The Banquet – part way between being human and being wise. We are only part way there. What ought we to be doing? Should there be a broader program of Theosophical service? Should we implement some sweeping social program? Should we start soup kitchens? Should we create homeless shelters? What is to be done? Are we missing something? Yet the fact that these kinds of questions are being asked is an indication that we haven't missed the need for social responsibility. Our work has just begun. What is it, then, that will point us in the right direction? How do we begin?

Focusing on the ideals of universal brotherhood and timely service is the necessary first step. Then proposals for applying these ideals should be considered. What was H.P.B.'s vision in The Voice, in her articles, in her letters to the American Theosophists? What is it she is saying about the value of better ideas? H.P.B.'s essential approach to social responsibility is that we must start from a foundation of sound philosophy. Plato said it well: ideas rule the world. The ideas and ideals that human beings really hold as opposed to those that they say they hold, are far more important than the doctrines that they expound. That does not mean however, that doctrines are not important.

In one of her articles, “Civilization, the Death of Art and Beauty,” H.P.B. let it be known what her views of western civilization are, with its materializing religion, its shallow materialism and its hollow philanthropy. While those kinds of ideas were becoming more popular in the world, many were nevertheless based on selfishness and narrow-mindedness. They lacked any kind of real understanding of human nature. False and limited ideas have precluded the deep appreciation owed to people around the world of other cultures and of other viewpoints. Forgotten, oftentimes, is the importance of a feeling of a common humanity. It is pointed out in “Let Every Man Prove His Own Work,” that Theosophists would never turn away others that were not Theosophists from a Theosophical hospital, as other religious groups have done. Granted, that does not happen anymore in 2017, at least not openly and probably not in the United States or in Europe. Yet the kind of selfishness and narrowness that H.P.B. is talking about reveals a limitation in human nature. H. P. Blavatsky's central point is that what is needed is a whole different kind of vision of what human beings are.

What is it that we are, really? To find out, there is a journey of discovery that can take us through the Theosophical philosophy. Fortunately, Theosophy offers instruction in a multi-layered description of the principles that make up a human being. Also fortunate is that some of these principles provide capacities of thought and compassion that can override the tendencies of the lower, physically-oriented principles. A kind of opposition is set up within us that will persist until the incarnated ray is fully enlightened and the tendencies in the kama nature are fully destroyed. Thus, the journey of discovery is a one of self-learning in relation to universal realities. It can take us to a place where we can share that vision with others – without overwhelming them with the metaphysics of The Secret Doctrine, although all of that is important. It takes a balance between compassion, right ideas and a willingness to share those ideas with a people and a world that are in desperate need of them. The world really does need what Theosophy has to offer. It doesn't always need the teaching to be in the form that we think it should be, but understanding the vital import of those ideas and ideals is absolutely essential.

What are they? Universal unity and causation, human solidarity, karma, and reincarnation. In a nutshell, spiritual evolution. (It can be a relatively short list.) Behind them is an assumption that we find in the Fundamental Propositions. The Third Fundamental talks about the journey of the soul. The journey of the soul is something that is followed – actively or not, with knowledge or not – by every single human being. That is the path of life. If we look at it as, and can share it as, the path of the soul, then that idea has the potential to transform individuals and how the world looks at itself. In, “Civilization, the Death of Art and Beauty,” H.P.B. gives examples of cultures, where reincarnation and karma, simply known, practically understood – have profound implications.

Some twenty years after her death, Fielding Hall wrote a work about Burma, entitled The Soul of a People. The book was about how reincarnation and karma played out practically in people's lives. There was almost no crime in Burma before the British colonized their homeland. However, a few generations later, crime was rampant. Why? The ideas of the West were forced upon them. The ideas of a personal God and its twin, vicarious atonement, were popularized. Selfishness was expected along with the expectation that religious authority could expunge its consequences. These foreign ideas changed the culture of Burma. Burma is still changed today. By contrast, in earlier times, Buddhism spread a spirit of tolerance and nonviolence throughout Asia. The Buddha had offered a different vision about human beings as to who and what they are. That is really what it comes down to: what are human beings? And what ideas do we put into practice?

If we are going to implement a spiritual transformation of the very fabric of our civilization, we are going to have to start with some simple ideas, clearly explained and gently inculcated.

[Condensed from a talk given at ITC 2016 – International Theosophy Conferences – in Santa Barbara, California]