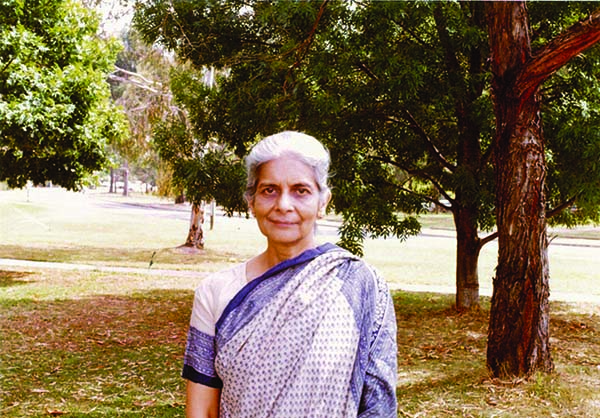 RH: Various groups and individuals in the world may possess real wisdom and we can recognize that they have theosophia. They may even have a great deal of the real wisdom which we do not. As the T.S. has been founded by great Adepts who had a wide view of the divine wisdom and wished to bring it to the world through this movement, it is probable that they have given to the T.S. as much as it was possible to give to the world at that time. But there are also many societies, groups and organizations, which have spurious teaching and knowledge, which are narrow-minded or dogmatic in different ways, and of course we cannot say that all these other spiritual movements have the right to claim wisdom to the same degree as the T.S.

KS: As members of the T.S. we should be very modest. We are seekers for truth, so we must never claim we are the only right channel. We are searching. We should not say we are better than others.

AH: The task of the T.S. is to uplift humanity. There is the danger of turning the T.S. into a fortress of thought, of beauty and importance, with all the magic about Masters, etc. That may be a hindrance to love and direct contact with the outer world, with which we are and must be in direct contact. We should indeed be very modest and not build fortifications of thought around the T.S.

EA: I do not think the T.S. has any wisdom. It does not even have an opinion. Wisdom is a personal thing. You cannot say that the Masters have given wisdom to the Society.

RB: No, the question is, is it the only way to wisdom?

EA: Is it a way? It is said somewhere that the seeker himself is the way. We are the way to wisdom.

RB: We should be modest, not pretend that this is the one and only instrument for human salvation. There have been many schools, and I am sure there still are, which are unknown to people. When the founders came to Madras, they came into touch with swami T. Subba Rao, and HPB recognized him as a deep student of theosophy. I believe she said he was her equal in occultism. He knew much, and belonged to a Vedantic school. There have been wise people in the mountain vastnesses of Tibet, in the forests where the Upanishads were realized. All over the world, there must have been, and perhaps still are, people who know Theosophy. We cannot say that we are the only people to have it.

This does not mean that the T.S. has no value, that it does not have a certain function of its own. One of its functions is to bring the world together through the wisdom of theosophy. Through the T.S. an attempt has been made to present that wisdom, in a language which is not that of any particular religion, to all the people of the world, and to knit together an international group of seekers concerned with the welfare of all beings.

We cannot say that no other lines of spirituality are not all right. But so-called spiritual schools are proliferating at present, and therefore the question of guidelines is important. We must have some clarity about what is true and what is not true. For instance, if the teaching of a spiritual school becomes a means of material gain, can it be a true school? Is material profit compatible with spiritual realization? Can a school in which people are taught to become devout slaves, blind followers, be a real school? Somebody claims the status of a god or a demi-god, and his words are thought to be infallible. People believe that if he looks into their eyes they will become enlightened. Are such ideas real?

Theosophy and Theosophical literature provide criteria to distinguish between the authentic and the heretical.

We have 187 guests and no members online