In the Light of Theosophy - phantom phenomena

[This article appeared in the October 2017 issue of The Theosophical Movement. For more articles published in this excellent magazine follow this link: [http://www.ultindia.org/previous_issues.html ] 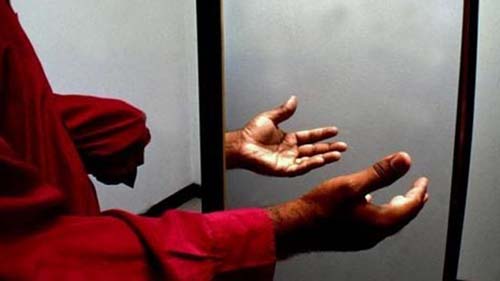 One of the most well-researched, controversial and yet little understood area in medicine is the “phantom phenomena” which occurs when a part of the human body, like an arm or a leg, has been amputated for some reason. In 90 per cent of such cases, the patient, after amputation of the limb, soon begins to feel a nonexistent “phantom” limb, where actually none exists any longer. The person also feels sensations like itching, tingling and pain. This experience is so vivid that the one with amputated limb reaches out to scratch or rub a part of themselves which is not there. In 1797, Horatio Nelson, who was wounded during a battle and had most of his right hand amputated experienced so persistently the presence of phantom arm that he believed it to be “the direct evidence for the existence of the soul.”

Almost all parts of our anatomy are subject to the phantom phenomenon to varying degrees. Thus, people with damaged inner ear mechanism believe that they still hear sounds from it. About 25 per cent of women report feeling sensation from the excised breast(s), after breast removal operation. Likewise, in some cases even after complete root canal procedure, where the pulp and nerves carrying pain signals are removed and sealed, the pain in the infected tooth refuses to go away. In the phantom eye syndrome, when one or both eyes are totally removed, a process called enucleation or evisceration, about one-third of patients report visual hallucinations from the removed eye. They report seeing shapes, colors and cartoon-like images. On the other hand, in cases where there is severe visual loss, without removal of the eye, there are visual hallucinations called Charles Bonnet syndrome, which include full blown detailed images of people and dreamlike scenery. One thing that cures several types of phantom limb pain is the use of prosthesis. The contemporary neurologist Oliver Sacks writes about a patient who said that his prosthetic limb helped with the pain in his phantom. He reported that on removal of the prosthetic limb the pain increases, but “goes away when I strap the prosthesis on and walk. I still feel the leg then, vividly, but it is a good phantom, different – it animates the prosthesis, and allows me to walk.”

There are only tentative neurological explanations for phantom phenomena, though some believe that phantom limbs may be the mind’s way of making up for what has gone. Horatio Nelson is said to have remarked, “If an arm could survive amputation, why should an entire person not live on after death?” May be a disembodied soul needs another physical whole-body prosthetic, writes Mukul Sharma. (The Speaking Tree, Sunday Times of India, September 3, 2017)

Theosophy teaches that our physical body is built on a design body called the astral body. There is already the astral model of the child, perfect in shape, on which the physical molecules arrange themselves, before the child is born. The astral body of the child in the womb is connected with the mother’s imagination. If the mother vividly imagines that her child would be born legless, then the strong imagination of the mother would act on the astral leg so as to cut off or shrivel it up. As a result, the molecules having no model of leg to work on, make no physical leg. But when a person feels the presence of a limb, which the surgeon has cut off, or perceives the fingers which were amputated, it is because their astral counterparts (leg or fingers, as the case may be) have not been interfered with. This is because a knife or acid cannot injure the astral model. Thus, it is not surprising that a man whose physical arm or leg has been cut off still feels pain, because the astral arm or leg is still present. The astral body has a complete system of nerves and arteries of its own. Corresponding to the physical eye, there is astral eye or astral centre for seeing, and so also, for other senses. The real centres of perception are in the astral body. The physical sense organ would be useless if the corresponding astral sense organs are damaged.

Working with U.S. combat veterans, Vilayanur Ramachandran, director of Centre for Brain and Cognition at the University of California, conducted experiments to better understand why these feelings of pain arise and how they might be eliminated. He seeks to explain it on the basis of “mirror” neurons in the brain.

There is the possibility of affecting the astral body through imagination and ideas. In Isis Unveiled, H.P.B. mentions that when a person witnessed deep wounds being inflicted by one soldier on the body of another soldier, he was so dreadfully frightened that when he reached home, there broke out on his body the same wounds. The fact that the astral limbs and hence the phantom limbs could be affected by imagination, might explain how pain in the phantom limb could be cured by the sight of a soothing massage performed on another person