Living in Truth – Where HPB and Krishnamurti meet 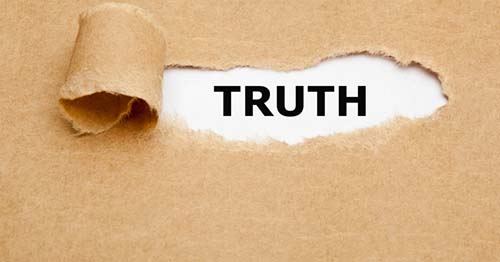 This article is based on my contribution to a study day in May 2015, organized at Naarden by the International Theosophical Centre and the Krishnamurti Information Centre on “Living in Truth”. This topic, with these two organizations together, is not surprising since Truth is as much a central theme in Theosophy as in the teachings of J. Krishnamurti although the approaches are rather different.

We often get stuck in our preferred approach and don’t quite get the value in other approaches. My intention was to highlight the close similarities between Theosophy and Krishnamurti in relationship to the search for and living in Truth. Both approaches, like many other approaches, can help us to come to an understanding from within, which is, after all, the aim of our studies.

In 1889 H. P. Blavatsky (HPB) wrote an article, called “The New Cycle”, Collected Writings (CW) XI, p. 133. In this article she states that a note has just been struck which has never been heard by the humankind of this era; and that a New Idea is revealed, ripened by the forces of evolution. This Idea, she says, differs from everything that has been produced in the nineteenth century; it is identical, however, with the thought that has been the dominant tone and the keynote of every century, especially the last –  absolute freedom of thought for humanity. HPB also states, in a different context, that the mental constitution of humanity will embark on a great change and that in the near future psychologists will have some extra work to do. (CW VIII, p. 174 fn).

In 1929 – only 30 years after HPB’s article – Krishnamurti starts his specific work and his emphasis is also on freedom of thought and the coming to a different quality of the mind. For he is a master in unravelling the complicated web of the mind.

Everyone interested in Theosophy is not only stimulated by HPB’s approach but also inspired by Krishnamurti’s striving for freedom of thought. The teachings passed on by HPB and Krishnamurti match quite well together and therefore I would like to present them side by side in this article.

“Truth” is clearly expressed in the seal of the Theosophical Society (TS): satyânnâsti paro dharmah, which could not only be translated as “There is no religion higher than Truth” but also as “Truth is beyond any teaching”. This seal can be seen as the imprint of the TS; this is what the TS stands for and the objectives and principles can only be seen and studied with this in mind.

Krishnamurti’s great impact on the world could be summarized by his memorable words “Truth is a pathless land”, with which he broke away from every-thing he was pinned down to. It is the core, the essence of his teachings.

Both the Theosophical teachings and the teachings of Krishnamurti point to the fact that every teaching, every path might become an obstacle in the search for Truth because Truth is,and is beyond our conceptual mind.

Within “Truth is” we can distinguish between absolute truth and relative truth. HPB states that “there is no room for absolute truth upon any subject whatsoever, in a world as finite and conditioned as man is himself. But, she adds, there are relative truths and we have to make the best we can of them. In every age there have been Sages who had mastered the absolute and yet could teach but relative truths. No one yet, born of mortal woman in our race, has, or could have given out, the whole and final truth to another man, for every one of us has to find that (to him) final knowledge in himself. As no two minds can be absolutely alike, each has to receive the supreme illumination through itself, according to its capacity, and from no human light. The greatest adept living can reveal of the Universal Truth only so much as the mind he is impressing it upon can assimilate, and no more.” (CW IX, p. 31)

In CW XI, p. 451 she states: “There-fore, the ideas about the infinite and the absolute are not, nor can they be, within our brain capacities. They can be faithfully mirrored only by our Spiritual consciousness” – by our mind that is enlightened by buddhi.

Krishnamurti is aware of this. When, in August 1922, he decides to meditate regularly, he says about the importance of buddhi:

“Since August 3rd, I meditated regularly for about thirty minutes every morning. I could, to my astonishment, concentrate with considerable ease, and within a few days I began to see clearly where I had failed and where I was failing. Immediately I set about, consciously, to annihilate the wrong accumulations of the past years. With the same deliberation I set about to find out ways and means to achieve my aim. First I realized that I had to harmonize all my other bodies with the Buddhic plane [the level of awareness immediately beyond the conceptual mind], and to bring about this happy combination I had to find out what my ego wanted on the Buddhic plane. To harmonize the various bodies I had to keep them vibrating at the same rate as the Buddhic, and to do this I had to find out what was the vital interest of the Buddhic.

With ease which rather astonished me I found the main interest on that high plane was to serve the Lord Maitreya and the Masters. With that idea clear in my physical mind I had to direct and control the other bodies to act and think the same as on the noble and spiritual plane.”

For Krishnamurti this was a take-off for an important phase in his transformation process. In making this effort, he is following the advice from Master Koot Hoomi:

“Steady and widen yourself, and strive more and more to bring the mind and brain into subservience to the true Self within. Be tolerant of divergences of view and of method, for each has usually a fragment of truth concealed somewhere within it, even though often it is distorted almost beyond recognition. Seek for that tiniest gleam of light amid the Stygian darkness of each ignorant mind, for by recognizing and fostering it you may help a baby brother.”

The Inner Life of Krishnamurti, p. 57.

The same advice is given, in different words, in the letter of the Mahachohan (The Mahatma Letters, Appendix II): “All of us have to get rid of our own Ego, the illusory apparent self, to recognize our true self in a transcendental divine life.”

The illusory apparent self must be transformed into our true self by meditation and knowledge. HPB herself refers to it in The Secret Doctrine (SD) vol. I, as a second inner birth, footnote, p. xx.

To get such a second inner birth, the following advice is given in The Voice of the Silence (VoS), Fragment I: “Seek for him who is to give thee birth, in the Hall of Wisdom, the Hall which lies beyond, wherein all shadows are unknown, and where the light of truth shines with unfading glory.”

“But this Spiritual Consciousness cannot be guided by a person, nor can its energy be directed by him, until he is completely united with Buddhi-Manas.” (CW XII, p. 695)

“As physical man, limited and trammeled from every side by illusions, cannot reach truth by the light of his terrestrial perceptions, we say — develop in you the inner knowledge. . . . Man has to know himself, that is, acquire the inner perceptions which never deceive, before he can master any absolute truth. . . . To reach the state during which man sees and senses it, we have to paralyze the senses of the external man of clay.”

However, “‘the great difficulty to overcome is the registration of the knowledge of the Higher Self on the physical plane. To accomplish this, the physical Brain must be made an entire blank to all but Higher Consciousness.’ When the Brain is thus rendered a blank, an impression from the Heart may reach it and be retained.” (CW XII, p. 696)

“There do exist men and women thoroughly qualified for this, whose only aim is to dwell under the Aegis of their Divine Nature. And she advises: “Let them, at least, take courage to live the life and not conceal it from the eyes of others! No one else’s opinion should be considered superior to the voice of one’s own conscience. Let that conscience, therefore, developed to its highest degree, guide us in all the ordinary acts of life. As to the conduct of our inner life, let us concentrate our entire attention on the ideal we have set our-selves, and look beyond, without paying the slightest attention to the mud upon our feet . . .” (CW XI, p. 135–6)

“This earth, O ignorant disciple, is but the dismal entrance leading to the twilight that precedes the valley of true light.”

“Is it possible to learn from everything, from our sorrows and joys, so that our minds are made fresh and are capable of learning infinitely more?”

“Can the mind put away all its conditioning, so that it is actually, not verbally or theoretically or ideologically, but actually free, completely?”

He also states: “we are talking about something entirely different, not of self-improvement but of the cessation of the self.” And in Bombay, 10 February 1954, he is wondering: “How am I to be in that state?”

“Being aware choicelessly, purely, simply . . . that the mind is in constant movement, in constant struggle, that very awareness brings about the ending of that noise choicelessly. . . . Pure intelligence is that state of mind in which . . . there is no choice, in which the mind is silent. In that state of silence there is ‘being’ only; then that reality, that astounding creativity without time, comes into being.”

Or, as Radha Burnier puts it: “When someone understands truly through his own listening, learning, observing, then there is a steady light and that is what each has to find.” (March 1986, article on Krishnamurti).

HPB put it in a different way:

“Those of you who would know yourselves in the spirit of truth, learn to live alone even amidst the great crowds which may sometimes surround you. Seek communion and intercourse only with the God within your own soul; heed only the praise or blame of that deity which can never be separated from your true self, as it is verily that God itself: called the Higher Consciousness. Put without delay your good intentions into practice, never leaving a single one to remain only an intention – expecting, meanwhile, neither reward nor even acknowledgment for the good you may have done. Reward and acknowledgment are in yourself and inseparable from you, as it is your Inner Self alone which can appreciate them at their true degree and value. For each one of you contains within the precincts of his inner tabernacle the Supreme Court – prosecutor, defense, jury and judge – whose sentence is the only one without appeal; since none can know you better than you do yourself, when once you have learned to judge that Self by the never wavering light of the inner divinity – your higher Consciousness.” (CW VII, 173–4)

I would like to end this article on “Living in Truth” with one more quote of Krishnamurti:

“All that we can do is to be aware of our own appetites, desires, and vanities . . . and to be free of it, which means to be free of the self, the “me”. Then you do not have to seek truth; then truth will come to you because the field is there — a mind that is quiet, undisturbed by its own agitations.”

There is no other path to go.