There is No Religion Higher than Truth 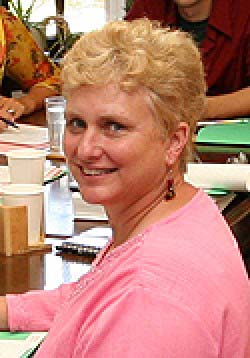 The motto of the Theosophical Society is “There is no religion higher than truth.” The motto was adopted in late December of 1880 and is based on the family motto of the Maharajah of Benares, Satyan nasti paro dharmah, which itself is a modified passage from the Mahabharata (Sântiparvan, chap. 160, stanza 24).

As a young girl, I asked my grandmother about the meaning of this statement. She explained, in very simple terms, that Truth is greater and more important than everything else, including all religions and all beliefs. She also explained that Truth (with a capital T) is very different than truth. Truth, she said, is what many people perceive to be God or the Ultimate Source of all being.

Today, if we look up the motto on Theosophy Wiki, we find the following statements: “The motto is not specifically about what we think of as religion. Instead it is saying that none of our commitments or social conventions or ideas can measure up to the reality of what truly is. Reality is greater than any of its parts and is beyond all our notions about it.” This explanation, while more thorough than my grandmother’s, clarifies for us that Truth is the Ultimate Reality. Truth is what IS, which goes far beyond anything that we can imagine.

If we look at the Theosophical motto from a religious perspective and compare it with what is happening in the world, we would most likely wish that everyone would align with the motto – nothing is more important than Truth, including religion. Sadly, many who cause the divisiveness in the world and even those who engage in violence toward others may possibly respond (if asked) that they are in alignment with the motto. As startling as this might be for many of us, their statements would most likely be based on their belief that they have the truth and that their truth is greater and more important than anything else.

We may be reminded of the words of the Mahatma KH in Letter #10 (Barker ordering) when he writes:

“I will point out the greatest, the chief cause of nearly two thirds of the evils that pursue humanity ever since that cause became a power. It is religion under whatever form and in whatsoever nation. It is the sacerdotal caste, the priesthood and the churches; it is in those illusions that man looks upon as sacred, that he has to search out the source of that multitude of evils which is the great curse of humanity and that almost overwhelms mankind. Ignorance created Gods and cunning took advantage of the opportunity. Look at India and look at Christendom and Islam, at Judaism and Fetichism. It is priestly imposture that rendered these Gods so terrible to man; it is religion that makes of him the selfish bigot, the fanatic that hates all mankind out of his own sect without rendering him any better or more moral for it.”

These words, while strong, ring true in many ways. Some individuals perceive their belief system (religion, sect, etc.) as truth when it is really only a manmade form, often used to take advantage of others or to gain power over followers.

As Theosophists, it seems that we must look at the concept of Truth and then apply it to our own beliefs. What is Truth (spelled with a capital “T”)?

If Truth IS then we may think of the first Fundamental Proposition found in the proem to HPB’s Secret Doctrine. Truth must be that Principle about which HPB writes. She says, “An Omnipresent, Eternal, Boundless, and Immutable Principle on which all speculation is impossible, since it transcends the power of human conception and could only be dwarfed by any human expression or similitude. It is beyond the range and reach of thought – in the words of Mandukya, “unthinkable and unspeakable.” In other words, we cannot know Truth, much less define it.

In 1929, Krishnamurti made the following statement about Truth: “I maintain that Truth is a pathless land, and you cannot approach it by any path whatsoever, by any religion, by any sect. That is my point of view, and I adhere to that absolutely and unconditionally. Truth, being limitless, unconditioned, unapproachable by any path whatsoever, cannot be organized; nor should any organization be formed to lead or coerce people along any particular path….Truth cannot be brought down, rather the individual must make the effort to ascend to it. You cannot bring the mountain-top to the valley.” Again, we are reminded that Truth is beyond us. Yet, Krishnamurti indicates that each one of us must make the effort to move toward the Truth.

As Seekers of Truth, our goal is clear. While it may not be attainable by us in this physical existence, we must still make every effort to persist in our quest for it. Paradoxical, isn’t it? We can’t reach it, understand it, or explain it, but we must seek it.

How do we do such a thing….seek the “Unknowable” and the “unapproachable.” The first step is seemingly to look at ourselves in the light of the Mahatma’s words, HPB’s words, and Krishnamurti’s words. We must examine our own beliefs and thoughts in a mindful and cognizant manner.

Have we turned our own beliefs into a religion of sorts? Are we inadvertently seeing our beliefs as Truth? Are we willing to look at the beliefs of others without bias and prejudice, knowing that neither our neighbors nor ourselves possess the Truth? These are extremely difficult questions to answer in an objective manner.

As human beings on this physical plane, we are enculturated to accept the norms and characteristics of the particular population in which we live. Rarely do individuals question these norms and characteristics; yet, even when they are questioned, it is essential to realize that there are likely to be enculturated “messages” that have been received and then hidden away in our brains. These “messages” are created simply through interaction with others and observation of the world around us. Enculturation includes rules or messages such as values, morals, expectations and behaviors among other things. It begins in infancy and continues throughout a lifetime. As infants, it is the subconscious internalization of social rules. As we grow, we are actually taught the rules of the particular society in which we live. One simple example of an enculturated “message” that might be learned is the rule of being kind to others and not hitting. Specifically, two very young children (two years old) are playing. One hits the other, and the child’s mother says “Be kind to your friends. Don’t hit them.” While the specific incident may not be remembered, the message (after repetition) remains with the child through adulthood.

Why, one may ask, is enculturation pertinent to a discussion about Truth? Because these enculturated messages may impact our perspective of Truth without any awareness on our part. We must become aware, as much as possible, of the enculturated messages which are stored inside of us so that we can inspect them for accuracy and not simply assume that they are true! Self-inspection, self-observation, and self-awareness are some of the means through which we seek Truth.

Right vs wrong. Untruth vs truth. Statements that reflect our physical existence fraught with polarized opposites and divisiveness.

Therefore, our self-observation falls more into the realm of asking: Are my beliefs accurate or based on enculturated messages? Have I held so tightly to my beliefs that I have turned them into a religion for myself? How do I look at the beliefs of others? While these questions may not bring us to Truth, they are questions that seemingly will help us in our quest for Truth.