A Glance at the Original Programme 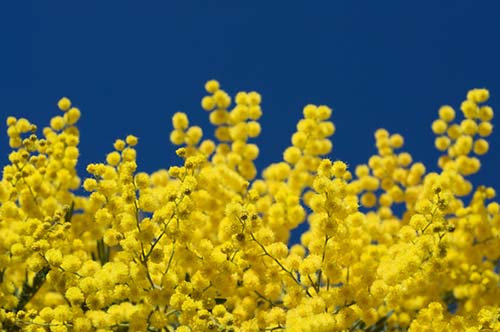 It may be interesting to recall some of the points considered by HPB in this manifesto. We shall not go into the history of the first ten years of the Society’s existence and the difficulties encountered, but only the wording of the objects of the Society at the time, in 1886. (It was only ten years later that they were formulated as we know them.) Madame Blavatsky mentions four. The first object is simply: Universal Brotherhood.

The second is worded as follows:

“No distinction to be made by the member between races, creeds, or social positions, but every member had to be judged and dealt by on his personal merits”

Thus we have first the great Principle of Universal Brotherhood and then its application to the practical life of the members of the Society. Madame Blavatsky perhaps wished to show that this is not just a remote ideal but a matter for immediate practical application, through the abolition of certain arbitrary or superficial distinctions between human beings, preventing authentic brotherly relations.

It may seem surprising that HPB was obliged to specify the need to abolish such distinctions only among members. Why did she say:, ‘every member had to be judged and dealt by on his personal merits’ and not ‘every human being’? There may be two reasons. The first is that the Theosophical Society is destined to form a ‘nucleus’ of brotherhood, to give rise within a little group of persons to the realization of the Unity of Life and for them to feel that unity as a reality in their contacts with each other. The second reason is that it is relatively easy to feel brotherly towards human beings with whom one has few contacts and thus remain in the realm of theory or illusion. But it is not the same with regard to those with whom one is in close daily contact, trying to accomplish some common task.

We all know from day-to-day experience that it is not so easy for members of the Theosophical Society to have truly brotherly feelings towards each other, to understand each other, to accept differences of character, lifestyle, conceptions. Such differences should not be so great since we all have the same ideal, the same aspirations and are working for the same cause. But what we have in common does not cover up the nuances, the little differences which are all the more difficult to overcome since they are more subtle. Thus abolishing all distinctions between members, which appears as the first step in the direction of Universal Brotherhood, might turn out rather to be the last step to be taken.

The third object indicated by Madame Blavatsky is worded as follows:

“To study the philosophies of the East – those of India chiefly, presenting them gradually to the public in various works that would interpret exoteric religions in the light of esoteric teachings.”

We should note Madame Blavatsky’s insistence on the study of the philosophies of India. It is certain that those philosophies seem most likely to awaken us to our deep nature, to the essence of things and, thus, to the fundamental Unity of Life. It has been said that ‘the grace of India is a grace of inwardness’ and that ‘its role is to draw the attention of the world to the Mystery of the Presence’ (H. Le Saux, Initiation a la Spiritualite desUpanishads), that is, the One Essence of all things, whether it is called God, Isvara, the Logos, or simply the One Life.

Let us now turn to the fourth object mentioned by Madame Blavatsky:

“To oppose materialism and theological dogmatism in every possible way, by demonstrating the existence of occult forces unknown to science, in Nature, and the presence of psychic and spiritual powers in man; trying, at the same time to enlarge the views of the Spiritualists by showing them that there are other, many other agencies at work in the production of phenomena besides the ‘Spirits’ of the dead. Superstition had to be exposed and avoided; and occult forces, beneficent and maleficent – ever surrounding us and manifesting their presence in various ways – demonstrated to the best of our ability.”

This wording is much more detailed than that of the present third object. We might imagine that the details given by HPB were needed at the end of the last century, but not today. This is not necessarily so.

‘To oppose materialism and theological dogmatism in every possible way’ is an extremely urgent task today. Materialism is increasing ceaselessly throughout the world. Economic, materialistic expansion is considered a sign of progress, of evolution, so that rich and poor, nations and individuals, seek only to acquire or increase possessions. This is an attitude which is mostly evident but sometimes unconscious, and members of the Theosophical Society are not exempt from temptation, since greed is a tendency of human nature.

Regarding theological dogmatism, we can observe its destructive effects in the awakening of fundamentalism everywhere in the world, as if to prove that anything is possible anywhere and at any time and that within nations which consider themselves the most ‘civilized’ there is still blindness and ignorance of the true nature of man and his root in Unity. We are witnessing an outbreak of violence, destruction and massacres arising solely from fanaticism bom of dogmatism. In the extreme situations which we witness today people do not hesitate to kill in the name of so-called religious principles. But there are less brutal forms of intransigence which can also do much harm on psychic planes and which, in any case, contribute to nourishing the reservoir of intolerance in the mental atmosphere of humanity.

Dogmatism is a refuge against the feeling of insecurity. It is a solid barrier composed of fixed ideas behind which people take refuge against the danger represented by others. Every human being who feels a sense of insecurity is in danger of becoming dogmatic to a certain extent. There may be a tendency to drift sooner or later towards intolerance and we should be aware of that tendency.

It is evident that the majority of human beings are no more aware today than in the last century of ‘the existence of occult forces in Nature’, for example, of the reality and activity of thought-forms. We ourselves have theoretical knowledge of such teachings, which enables us to oppose dogmatism verbally or mentally but not yet to eliminate from our mind all those thoughts and traces of intolerance which seem to us insignificant but which will increase the huge thought-form whose destructive repercussions are ravaging the world.

HPB also speaks of enlarging the views of the Spiritualists. But when she refers to ‘occult forces — beneficent and maleficent — ever surrounding us and manifesting their presence in various ways’, this must be understood as applying to all the phenomena of life. It is not merely a matter of spiritualism or occult arts but of recognizing ‘the existence of occult forces in Nature’. When these forces are sensed but insufficiently understood, the result is either an irresponsible attitude or irrational fear expressed in superstitions of all kinds. We perhaps thought around the middle of this century that superstition was disappearing with the progress of civilization. In actual fact, it was only to some extent dormant but by no means uprooted. And the insecurity of the last few decades has reawakened superstition as well as religious fanaticism, both of them appearing as means of escape.

Having stated these objects, Madame Blavatsky declares in the Original Programme that the Masters had not told the two Founders ‘what they had to do’ – that is, that the objects had not been dictated to them – but ‘what they should never do’. And, ‘to make it clearer’:

Should we not consider that what the Founders were told so insistently is what is also expected of each of us as members of the Theosophical Society? If we wish to attempt to lead a theosophical life, we must try to uproot from our nature selfishness in all its forms as well as dogmatism and fanaticism. It is probable that, if we have joined the Theosophical Society, it is because we have already eliminated the coarsest forms of those separative tendencies. But their subtle forms still daily poison our relationships with others, ceaselessly creating and nourishing conflict situations, not only in our families, in society, at work etc., but also within the Theosophical Society. It would be enough for each of us to realize his or her own selfishness and intolerance for a change to take place, for something to happen – something which could contribute to a greater radiation of the nucleus of that Universal Brotherhood, to be the basis and essence of which is the mission of the Theosophical Society.

[The article above was previously published in The Theosophist,  y2000 v122, November p93]