Ethics in the Modern World 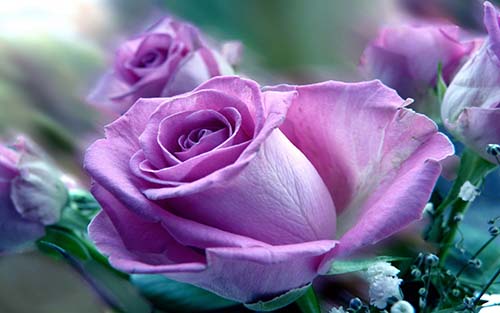 Although nowadays there seems to be a hesitant tendency to return to the notion of good citizenship, the majority of people still consider any talk of ethics and morals to be old-fashioned.

PROBLEMS OLD AND NEW. Regarding the problems which confront humanity, spiritual teachers have, throughout the centuries, ceaselessly stressed the need for a fundamental transformation in the individual by means of ethics, asserting that otherwise, no political or social reform can be anything but a failure.

Indeed, the problems of the modern world are not different in nature from those which characterized past centuries. War, violence, barbarism, corruption, exploitation of the weak, the gulf between rich and poor – these have always existed. Fundamentally, the nature of humanity’s problems and the cause of all conflicts and suffering have remained unchanged. The solution lies in man himself and not in his living conditions, in his responses to situations and not in the situations themselves. The only valid and lasting solution must be sought not in changes in society but in transforming oneself.

The roots of violence, corruption, irresponsibility, and the like, are within each one of us.

Ethics has nothing to do with external considerations. It is independent of time and space, beyond fashions and civilizations. It is derived from the foundations of the Ancient Wisdom and the essential nature of man. According to theosophical teachings, life is One and the whole manifested universe is the differentiated expression of that One Life and not the juxtaposition of a multitude of separate little lives.

Thus man has no separate existence. The feeling of separateness is the primeval illusion which is the origin of all the wrong behavior of man. The remedy lies in realizing the unity of life. The concept of the common origin of humanity, not only at the physical level but especially at the levels of the soul and the spirit, if “once deep-rooted in our hearts, would lead us far on the road of real charity and brotherly goodwill.”

Interdependence. That principle of Oneness may seem very far from our daily preoccupations. So it is necessary to add that other principle which is derived from it: interdependence. The apparent multiplicity of the manifest world is in reality a great network of interdependence destined to function in perfect harmony. The illusion of separateness born in the human mind and the whims of independence painfully imbalance the whole network. Owing to the Law of Karma – another most important principle of the Theosophical teachings – every imbalance must be compensated for by the restoration of balance, which may also prove painful. Thus all the problems arise and are perpetuated which affect not only humanity but the whole universe.

Ethics. Ethics is a means to restore the balance of Nature by putting into practice the fundamental principle of Theosophical teachings: universal unity, human solidarity, karma and reincarnation, which are, according to H.P. Blavatsky, “the four links of the golden chain which should bind humanity into one family, one universal Brotherhood.”

To perceive or sense that Life is One means to realize that there is no strictly individual action, but a vast combined movement. There is immediate action and reaction between the individual and the whole manifested universe. It is perhaps difficult to admit that each human being contributes to the well-being or the misfortune of the whole of society, not to mention the universe.

Ethics is not a moral code imposed from outside, a set of rules laying down what to do or not to do, to obey a political authority or a God sitting in judgement. Harmony is not brought about through external pressure. It is an effort to understand, to observe, to awaken within, leading towards self-forgetfulness.

Social or religious morals mostly lead to increased self-assertion. Spiritual ethics steers clear of both by suggesting a middle way: not asceticism but moderation; not virtues but an intrinsic virtue by itself, which is self-forgetfulness. If we become aware of this, we shall feel the need to adopt another lifestyle. Ethics is the practical expression of those foundations, an expression without which no happiness is possible for humanity. The unity of life, interdependence and mutual responsibility are the foundations of ethics. Respect for others, harmonious relationships and altruism express those principles in our daily life, which consists of relationships. Ethics has nothing to do with any heroic display but with a simple way of living which is righteous, balanced and harmonious down to the last detail. This will end the restlessness of the personality, which obstructs the manifestation of the Self’s spiritual qualities.

Life is One. No happiness or misfortune is strictly personal. The fusion of the personal in the universal, which is self-forgetfulness, is the road to the wellbeing of humanity.

[The article above was previously published in Theosophist Digest, y2002 v14, i3 p3]