Freeing Oneself from Illusion 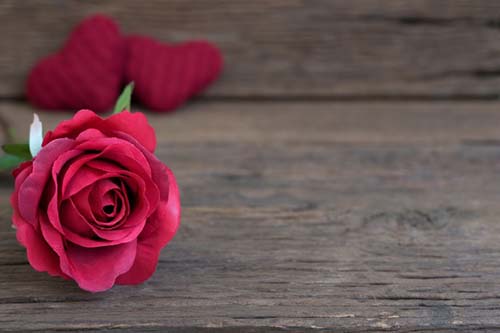 “Freedom is like the open, unclouded sky through which pours the light that illumines all things in existence so that everything is seen as it really is.” (1)

When our knowledge of Theosophical teachings does not effect a deep transformation within us, we must question why we have failed to assimilate them. Every search begins with dissatisfaction, a confused feeling of limitation. Here lies the seed of the desire for liberation. Liberation implies a state of being imprisoned. But are we really conscious of what imprisons us? We do not wonder who built it or how. We think we are imprisoned by circumstances, other people, our bad karma and so on.

According to liberated beings, we are only caught in the trap of illusion and our fancied prison is not as solid as we imagine. It is only we who can make it collapse like a sandcastle or melt away like the early morning mist. From Sankara to Plotinus, from HPB to Krishnamurti, teachers in all ages have spoken of the spiritual search as a journey from appearance to Reality. The Upanishadic prayer, ‘From the unreal lead me to the Real’, forms an apt introduction to the little book At the Feet of the Master and indicates in a few striking words the direction of true progress, from illusion to liberation.

Illusion is an error of the senses or the mind which makes us see things other than they are, mistakes appearances for reality. Pathological illusions are hallucinations unconnected with any existing thing. But generally illusion is a false interpretation of something which has a modicum of reality. Thus when we speak of freeing ourselves from illusion, we must beware of falling into nihilism leading us to deny the world around of any reality at all.

From the point of view of the Absolute, the phenomenal world is an illusion. According to HPB, it is only ‘the periodical reflection’ of the one Reality ‘on the infinite spatial depths’. ‘This reflection’, she says, ‘which you regard as the objective material universe, we consider as a temporary illusion and nothing else. That alone which is eternal is real.’ (2) Not that the world around us does not exist, but it has relative reality only, the reality of a reflection. It has neither consistence nor permanence.

Phenomena are neither completely illusory nor completely real. From the point of ultimate Truth, they are illusory. From the point of relative truth they have a certain reality. If the world we live in and ourselves were not at all real, what good is it to seek and strive for self-transformation? A Tibetan master said, to consider the world real is stupid, but to consider it empty is still more.

Since we all see the same material world, the same mountains, rivers, colors, and so forth, is the world real? Does it not rather mean that all human beings suffer from the same illusion regarding the consistence of matter – a kind of collective illusion due to the very nature of the human mind that we have in common? According to HPB, ‘the same limited vision exists for all, save those who have reached in the present incarnation the acme of spiritual vision and clairvoyance.’ (3) Only the latter can ‘see’ what science has recently discovered, that matter is merely a whirl of energy. Thus there is an illusion inherent in the human mind, of which only the Adept is free, having transcended the human stage.

But then everyone adds further his own distortions to this primal distortion. Heraclitus said, ‘Awakened men can agree, whatever may be their differences; they have only one world. Those who are asleep each have their own world; this gives rise to misunderstandings, antagonisms and conflicts.’ We do not see the world, we each see our world. Our sense-organs, including the mind, act as filters darkening and deforming the reality. Thus the world seems to us like an immense chaos. We do not see in it the reflection of the Absolute, the beauty, order and harmony of a cosmos. It is from that added illusion, which varies for everyone, that we must free ourselves. Thus it is not a case of leaving the world of samsara, but of seeing it as it is.

Krishnamurti said that the act of seeing is the only perception of truth, even adding that it is not necessary to seek truth, that we only have to free ourselves from illusion. Dispel the latter, the truth shines. Truth is not a question of beliefs or concepts but of direct perception, of vision. To see, one must look. Do we? We are so enclosed in our little circle of petty personal preoccupations that we do not look beyond. And even within that limited horizon, when something is distasteful to us or disturbs us, we take refuge in escapist distractions which are always futile, like plunging into theoretical studies or frantic activity. Indeed, there are very few things on which we agree to look. And even when we look we go on to interpret, judge, think. Krishnamurti once said he did not think but only see, adding that it is because we think that we do not see.

Thought is a movement in mental matter. Just as the slightest puff of wind on the surface of water mars its reflection of the surrounding scenery, so also does the slightest mental movement deform the reflection of Reality. Lucidity is the silent choiceless observation of what is, and is possible only when thought ceases.

Observing is not thinking. The mind can reflect the reality of the manifest world only when emptied of every thought. The poet Paul Eluard has said ‘the whole world depends on thy pure eyes’. Purity is the absence of selfishness; it is self-forgetfulness. When self-interest falls away, when the T is forgotten, thought stops, the sight is rendered pure, even if only for a fleeting instant, and penetrating vision becomes possible. Because we so seldom forget the ‘I’, we so rarely know that wonder which reveals the truth and beauty of the manifest world. Mystical experiences – the realization of the essence of things – are always accompanied by wonder. Albert Einstein has said that he who cannot contemplate, who does not know the deep quivering of the soul in wonder, may as well be dead. His eyes are already closed.

Shall we always allow our eyes to be dimmed by illusion, and wander on paths that lead nowhere? Or shall we endeavor to purify our vision, to rid it little by little of all illusions, crude or subtle: illusions of permanence and separateness, illusions about oneself, all born of thought? Many veils need to be lifted, but as soon as we take the very first steps, life assumes a new meaning.

When we see each thing as it is – with no reference to the observer, his likely use of it, his preferences and so on – it reveals its unique, inimitable nature. When there is neither greed nor attachment, the movement of life is one exciting discovery, moment to moment. Birth and death contemplated in the silence of thought may equally be a cause of wonder at the mystery of this ceaseless renewal of life. And all manifested forms become worthy of reverence, however unimportant and transitory they may appear. Liberated from illusion we discover the truth, the Sacred.

[The article above was previously published in The Theosophist, y1997 v118 August p438]