From Knowledge to Wisdom 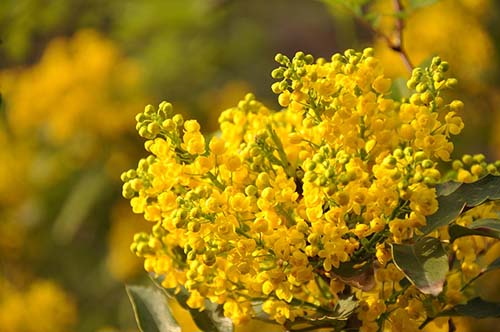 Observing the state of the world in which we live, we may wonder whether increasing our knowledge does not hinder the awakening of Wisdom. There has been enormous progress in the fields of science and human knowledge in general. But the world has not improved. Humanity’s suffering and misery have not decreased. Never have we been confronted with so much bad news. Insecurity has grown. Conflicts are on the increase. Crime is growing ceaselessly. It even seems as if it is the most advanced societies which cause the most serious problems.

Computer science and its advanced technologies, the progress of which is among the most spectacular achievements of the century, are bringing about a veritable mutation in working life. The purpose of the machine is no longer simply to help man. It is replacing him. The introduction of robots, by freeing man from repetitive, exacting and irksome tasks, might have allowed him more time for leisure, reflection and a certain amount of introspection. It could have reduced stress. Instead, it seems only to have increased his dissatisfaction and fanned his greed for material gain and objects supposed to ensure his comfort. Selfishness has apparently become more widespread; thus work sharing is refused, the gulf is beginning to widen between rich and poor, and self-interest is increasing at the expense of the general good.

All this is understandable on the part of persons who are determinedly materialistic, those for whom the aim in life is simply to increase their wealth, power or fame. To such persons the maxim applies “Science without conscience is but the ruin of the soul.”

We might imagine, however, that people who claim to be spiritually inclined would have a fundamentally different attitude. But if we observe what happens in almost all spiritual or religious movements, we find that there too a vast amount of selfishness, pride and intolerance exists. And often it is those who are most learned in “holy scriptures” or spiritual literature who are furthest from wisdom!

In the very midst of our groups there are persons who have vast theosophical knowledge but whose behavior in daily life is very similar to that of materialists. They fear for their security and comfort. Their self-protective reactions create conflicts which are perhaps subtle but which show a great lack of wisdom. It is obvious that knowledge whether scientific, logical or “spiritual,” does not necessarily lead to wisdom. It may even prove an obstacle to human progress, to the blossoming of consciousness, a barrier blocking access to the spiritual path.

From Theosophical teachings we know what we should do, and yet continue to do the opposite. We know what stages lead to the path, what types of behavior should be renounced, what qualities should be developed. But we continue to live as if we did not know all this. Our knowledge is theoretical, it is a mass of information – data which we have stored in our memory. But all this remains at the superficial level of the intellect, outside ourselves in a sense – like a garment of which we are proud but which does not in any way alter our nature and therefore our behavior. Our knowledge is sterile.

We might ask ourselves: “Why do we study?” If our motive were correct, we would not fall into the trap of theoretical knowledge. Let us listen to the Dalai Lama’s advice during a study session in France in 1991: “For us, whether we are teachers or students, it is very important to use the teachings in order to transform our mind – and not in order to increase our book knowledge, to add to our fame or satisfy other everyday ends.”

Do we study in order to add to our fame or satisfy other everyday needs? Knowledge may become a tool of power or prestige. If such attitudes constitute even subtly, the motives for our study, then our knowledge will remain sterile and we shall not be transformed in depth.

If the teachings are to transform our mind and our whole being, they must be assimilated. Knowledge must become inner knowing or realization. Information must not remain stored away in the intellectual memory. It must be digested and must deeply permeate our nature. It may be that in our relationship with Theosophical teachings we hinder this process through fear of forgetting the details of our knowledge and losing the prestige attached to it.

One might say that true knowing, which is understanding and not the accumulation of facts, is the result of the struggle to free oneself from knowledge. It is indeed a struggle, for knowledge gives the illusion of security and is therefore difficult to renounce. Knowledge reassures us. It may produce a certain feeling of intoxication. It is like a tranquillizer which gives an impression of well-being, but which does not cure our deep distress; or like a drug on which we become dependent. If we really wish to tread the spiritual path, that is to bring about in ourselves the transformations which can free us from the feeling of separateness and from all the mistakes and suffering which result, then we must free ourselves from attachment to knowledge.

“Learning” said Lao-Tsu, “consists in increasing our stock of knowledge every day.” Practicing Tao consists in decreasing it.” Practicing Tao means treading the path. If we do not wish to remain mere Theosophical theorists, blocked at the entrance to the Path, we must be willing to unlearn.

However, before we can unlearn we must have learned. The opposite of knowing, referred to in Zen, Tao and other traditions, is not ignorance. It is going beyond knowledge, it is the absence of the accumulation of knowledge. Thus, when we study in order to bring about inner transformation, we must at once learn and unlearn. The two processes can take place simultaneously if we try to understand, instead of being content with accumulating.

When the mind is encumbered with theoretical knowledge, it is closed in on itself, it is imprisoned in separateness. Thus, knowing theoretically that Life is One may, paradoxically, strengthen the feeling of separateness. St John of the Cross said that it is only by emptying our memory that we can escape from our fundamental loneliness and prepare, every moment, to understand, at all levels. An encumbered mind has no access to understanding.

Knowledge is thus only a stage beyond which we have to pass in order to reach true knowing, which is understanding and wisdom. The overburdened memory is like a foreign body which weighs heavily and obscures the mind. Then the windows of perception are dim. When the mind is empty, it recovers its essential nature which is transparency, the isolation is broken, understanding is possible, the causes of conflict and suffering fade away.

According to Aldous Huxley, understanding is attained when one frees oneself from the old (that is, from all the contents of the mind) and when one thus makes direct contact possible, without interference from thought and without reference to the past.

Plotinus said something similar: “We must transcend science and retire into what is essentially One. We must renounce science, the objects of science and all intellectual research.” (We may replace the word “science” by “knowledge.”) And he defines his states of ecstasy as “the freeing of the mind from the fetters on its limited consciousness so that it is united to and identified with the infinite.” The limited mental consciousness is consciousness identified with knowledge and imprisoned in conceptual memory. Only a mind freed from those fetters can be united to the Infinite – or rather, at such a moment, it is the infinite, the One, as every barrier which isolates it from the infinite has disappeared.

All this may be summarized in Krishnamurti’s statement that it is only when thought ceases that there is Wisdom and that thought can cease only when there is an end to the process of accumulation.

Thus we must realize the limits of knowledge. Although indispensable in practical life, it offers the world neither security nor peace. It does not contribute to the true progress of humanity. It has no place in an inner search, in the awakening of consciousness, in the discovery of the deeper meaning of life.

We must also realize the motive for our appetite for knowledge. We accumulate it out of a need for security, for certainty. Thus we build a fortress of ideas and concepts which turns out to be a veritable prison. Can we realize that the walls of that prison are ultimately only like a wind? If we had such a total realization, there could be instant liberation. It is our obstinacy in using, in our research for wisdom, an inadequate tool which places the goal to be attained in the far future. Mental confusion creates distance. When the mind is empty, that distance evaporates and the goal becomes one with the path. For that reason it has been said that the first step is also the last.

[The article above was previously published in Theosophist Digest, y2009 v21 i1 p66]