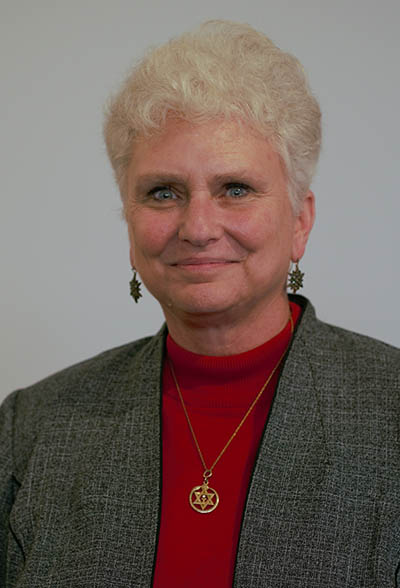 The author is National President of the TSA

Have you ever considered what it would be like to live in a state of contentment and gratitude? Most of us have definitely thought about this at times, especially in times of chaos and difficulty. As students of the Ancient Wisdom, we are encouraged to be self-observant: observant of our motivations, thoughts, feelings, and actions. These aspects of ourselves shape our perspective of the world in which we live.

Through study, we quickly become aware that our thoughts impact us as well as others. Thoughts are the glasses through which we create our world. Our thoughts manifest as vibrations of mental matter and, if definite enough, can create a form consisting of energy from the emotional and mental fields. The Mahatma KH wrote to AP Sinnett, “Thoughts are things – have tenacity, coherence, and life, – that they are real entities.” (1) In another letter to AO Hume, the Mahatma writes:

“Every thought of [an individual] upon being evolved passes into the inner world and becomes an active entity by associating itself – coalescing, we might term it – with an elemental; that is to say with one of the semi-intelligent forces of the kingdoms. It survives as an active intelligence, a creature of the mind's begetting, for a longer or shorter period proportionate with the original intensity of the cerebral action which generated it. Thus, a good thought is perpetuated as an active beneficent power; an evil one as a maleficent demon. And so [an individual] is continually peopling his current in space with a world of his own, crowded with the offsprings of his fancies, desires, impulses, and passions….” (2)

These statements by the Mahatma must give us pause and compel us to “meta-think” – to think about the thoughts we think!

Of course, it is not only the Mahatma KH who addresses the power of thought. Many individuals throughout the years have written about and discussed the power of thought. The Buddha said “We are shaped by our thoughts; we become what we think.” Annie Besant wrote “…as we give out thoughts, good or evil, so we affect our own and others' lives, so we build our present and our future, so we make the world of today and of tomorrow.”(3) Marcus Aurelius wrote “Our life is what our thoughts make it.”

Science is now beginning to “catch up” with this aspect of the Ancient Wisdom. The science of neuroplasticity supports what students of the Ancient Wisdom have always believed. “Neuroplasticity is the brain's ability to reorganize itself by forming new neural connections throughout life. Neuroplasticity allows the neurons (nerve cells) in the brain to compensate for injury and disease and to adjust their activities in response to new situations or to changes in their environment.”(4) For many years, scientists believed that the structure of the brain could not be changed after the first few years of life. The brain, after this critical period of development, was the brain we retained throughout our life. However, the science of neuroplasticity changes this perspective. This field of study is both fascinating and complex. It addresses many issues ranging from stroke recovery to dealing with stress. For our purposes, we will focus primarily on what neuroplasticity has to say about the power of thought.

In 2007, Abigail Zuger reviewed The Brain that Changes Itself, written by Norman Doige, for the New York Times. In that review, she writes “the age-old distinction between the brain and the mind is crumbling fast as the power of positive thinking finally gains scientific credibility.”(5) In the November 2015 Neuroscience News article, “Can you think yourself into a different person?” cites Ian Robertson, Director of Trinity College Dublin’s Institute of Neuroscience who says “What we do know is that almost everything we do, all our behavior, thoughts and emotions, physically change our brains in a way that is underpinned by changes in brain chemistry or function.”(6)

Sharon Begley, author of numerous books on neuroplasticity and a science journalist, shares the following example while being interviewed on National Public Radio by Ira Flatow:

“[An] experiment at Harvard a few years ago brought in a bunch of volunteers and had them, you know, dutifully learn this keyboard exercise, and they did it before and after measurement of the region of the motor cortex that controls the fingers. And again, as you would expect, that region got bigger. But for their other group they had these volunteers just look at the music and imagine playing that same five-finger keyboard exercise. And they did this for an hour or two a day, over the course of a week - five days. So, you know, they measured their motor cortex region on Monday, and then they were imagining playing the piano for five days, and the scientists then measured the motor cortex region on Friday. And they got the same expansion of that region as happened to the people who actually played the piano. So in this case - I mean that's why people talk about how thought can change the brain, because those people were doing nothing other than imagining and thinking.” (7)

We also read about The Intention Experiment conducted by Lynne McTaggart. This experiment tests the power of intention (thought) to change the world through scientifically controlled, web-based experiments. McTaggart works, not only with thousands of volunteers, but also with psychologists and physicists from Princeton, Cambridge, the University of Arizona, the International Institute of Biophysics, and the Institute of Noetic Sciences. The experiments have provided a bounty of scientific information regarding the power of thought. (8)

Focusing on the positive as much as possible is an effective way to help ourselves and our world. It can be difficult, while trapped in a cycle of negative thoughts, to focus on the positive. However, one simple way to refocus those thoughts is to contemplate or feel a sense of gratitude every day. Even in the most difficult times, there is something for which we can be grateful. For example, we can be grateful for the beauty of the green leaves on a tree juxtaposed with the radiant blue sky or a flower with its myriad variations in color; we can be grateful for the opportunity to grow and learn as spiritual beings; or we can simply be grateful that we are capable of being grateful! As we continue to focus on gratitude, thoughts of gratitude come to us even more easily. Surrounding ourselves with positivity and gratitude “peoples our space” (to quote the Mahatma) and fills our world.

Thoughts are things. What we think about changes the structure of our brains (neuroplasticity), envelops us on the emotional and mental fields, and creates thought forms that have their own limited lifespan. We have the power within ourselves to make a difference in our lives and in the world, simply through our thoughts. Breaking the cycle of negative thinking and replacing it, even slowly, with thoughts of positivity and gratitude can and does make a difference. As students of the Ancient Wisdom, we are encouraged to observe our thoughts. When we do, we can refocus them as necessary so that our thoughts are becoming a powerful force for good in the world. As Norman Vincent Peale said, “Change your thoughts, and you change your world.”