[This article appeared in the March 2017 issue of The Theosophical Movement. For more articles published in this excellent magazine follow this link: [http://www.ultindia.org/previous_issues.html ] 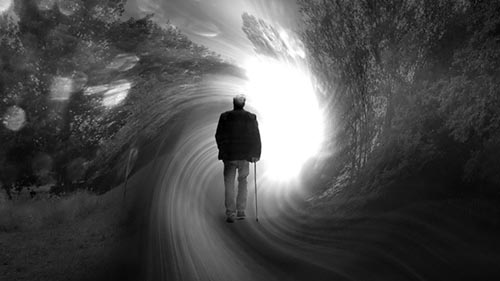 Death of a near one is the ultimate irreversible problem, which all of us go through at one time or the other. Often such experience leads to creation of many types of negative emotions. While many of us allow these emotions to get the better of us, there are those who are able to convert these negative emotions into productive efforts, writes Dr. Shrirang Bakhle. The author gives an example of a middle-aged couple who lost their only son in an accident. They did not allow their destiny to overpower their spirits, but instead decided to put their energies and resources to work by helping a number of unfortunate children in desperate need of help.

However, many of us continue to suffer for a long time in various ways, after a loss. In some cases, the survivors suffer from a guilt feeling of not having done enough, which might have avoided death, and then sadness turns into anger and frustration. Anger is often directed at other people for their perceived neglect, and thus creating bitterness among family members. Another major source of pain is the feeling of regret, “I wish I had spent more time with the departed person, when she/he was alive.” Some people get transformed by such feelings and become more appreciative of being alive and being with persons they love. It, then, seems wasteful to have petty fights with the loved ones.

The death of the person of a similar age triggers panic in some people, while others are reminded of undergoing a check-up, and in case the reports turn out to be normal, they are relieved of the fear of death. However, some people develop a dark philosophical attitude as a result of the death of a loved one. Such people start living in the shadow of death. The feeling is, “What is the use of all that we do, as we are going to die one day?” The author suggests that sixty years of life-span of a person amounts to 21,900 days. Should we not be thinking of 21,900 days instead of “one day”? In the worry of that “one day” we miss out on living the life to the fullest for those 21,900 days. “Death is a reality and grief is normal. But we can allow the negative emotions to haunt and depress us, or, we can turn that energy to become better persons,” writes Dr. Bakhle. (Weekend, The Free Press Journal, February 26, 2017)

Victor E. Frankl wrote, narrating his experiences in the concentration camp, that everything can be taken from a man except one thing, i.e., to choose one’s attitude in any given set of circumstances. We not only learn through proper response to our own pain, which is one of acceptance instead of rebellion, but also through proper understanding of another’s pain. The extent to which we are willing to embrace and understand others’ suffering, to that extent we are made better able to cope with our own suffering. Very rarely there is genuine and deep concern at another’s loss, as if it were our own, and probably our incapacity to tackle our own suffering is in some way related to our lukewarm attitude when others suffered.

We are afraid of death because we are identified with the body and the personality, so that we fail to appreciate that death is not the end. At some point in one’s life meditation on death becomes inevitable. Thus, “What was it that you loved of this Being who has passed – the body? Or was it the Life, the Consciousness, the soul that used it? You knew that individual through all its changes of body, of which there were so many. This in itself is proof that it was not the body but something else you loved. And is that Soul which you loved now dead? How can you say so – you who persist through every change of form! That which lives and thinks in you is the ‘Eternal Pilgrim,’ for him there is no beginning and no end, however many changes of body and of mind you use. Nothing is ever lost. This losing of yours is nothing but loss of physical contact for a little while.” (What is Death?)