Begin with the Children 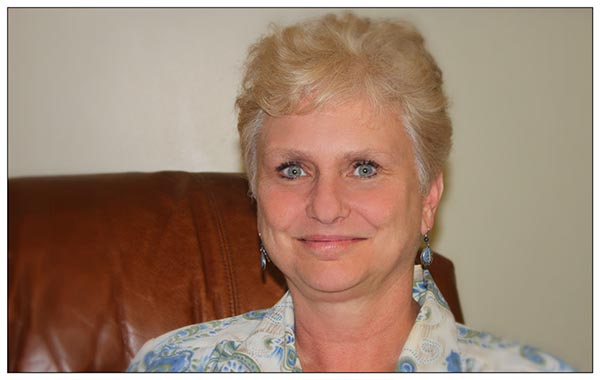 The mere thought of children being victimized in any way is repugnant and abhorrent to all of us. If news stories bring these situations to our attention, we may wipe the thoughts quickly from our minds, replacing them with thoughts of peace and unity for all beings. As Theosophists, we know that thoughts are things, and we may choose not to dwell on the horrors that abound in this physical existence, especially in relation to children. We don’t want to give that thought any energy; we don’t want it to grow. For many of us, we can quickly wipe the thought from our mind and feel very comfortable that we are living theosophically.

On the other hand, is this truly Theosophical living? Don’t we have an obligation to humanity to see the world as it truly is? If we don’t see it, how can we change it? If we don’t recognize that children are mistreated the world over, nothing will end the mistreatment. Humanity will remain “stuck” in this mode of averting our eyes and allowing mistreatment to continue. As Jung pointed out “We cannot change anything until we accept it. Condemnation does not liberate, it oppresses.” Therefore, how do we find balance between seeing the truth, accepting the truth of the victimization of children but not dwelling on those thoughts and thus sending thought-forms of pity and sadness which only potentially complicate the plight of these little ones?

We cannot turn a blind eye to the situations around the world in which children are suffering. We must find the strength within us to look at the reality of our world and then use that strength to take action, to alleviate suffering. Acceptance of the reality of a situation does not mean approval or support of the situation. Acceptance does not mean that we are feeding the energy of the suffering; rather, it means that we are “seeing clearly” and once we see clearly, we have no option but to act. We are told in At the Feet of the Master that the first of the qualifications for walking the spiritual path is Discernment. Krishnamurti writes: “… you must still remember that of the real and the unreal there are many varieties; and discrimination must still be made between the right and the wrong, the important and the unimportant, the useful and the useless, the true and the false, the selfish and the unselfish.” He urges us to “…discriminate between the selfish and the unselfish. For selfishness has many forms, and when you think you have finally killed it in one of them, it arises in another as strongly as ever. But by degrees you will become so full of thought for the helping of others that there will be no room, no time, for any thought about yourself.” Therefore, let us “see clearly,” finding the courage and strength to look at the reality of physical life for many children in our world and allow that vision to move us forward in service.

Physical abuse: The World Health Organization reports that approximately 1 in 4 adults report being physically abused as children. They also state that 14,000 children under the age of 15 are killed each year; however, they also offer the caveat that this number is underestimated as many deaths are inaccurately attributed to falls, drownings, burns, or other causes.

Sexual Abuse: UNICEF tells us that child sexual abuse is a global reality that occurs across all social, economic and age groups and happens in homes, schools, other institutions, and on the streets. The Darkness 2 Light program In the United States, estimates that 1 in 10 children will be sexually abused before their 18th birthday; 90% of these children will be abused by someone they know and trust. According to the National Society for the Prevention of Cruelty to Children (NSPCC) in the UK, 1 in 20 children in the UK have been sexually abused and 1 in 3 children who are abused never tell anyone. Again, 90% of the children who have been sexually abused are abused by someone they know and trust. According to the NSPCC, over 36,000 sexual offenses against children were recorded in the UK last year. Furthermore, the World Health Organization reports that girls in armed conflict and refugee settings are more vulnerable to sexual violence, including sexual exploitation, by combatants, security forces, their own community members, aid workers, and others.

We could, of course, go on and on about statistics; however, statistics do not tell the entire story. It is important to take a closer and more personal look.

For many years, I have worked with children and teenagers in a variety of settings and have found that there are many forms of child maltreatment in our world. Currently, I have the joy of being director at the Children’s Advocacy Center – Hope House which provides services for children who have been abused. (See the TOS website for more information, www.theoservice.org )

Maltreatment of children includes (but sadly is not limited to) physical abuse, sexual abuse, sexual exploitation, and neglect. It is very difficult to determine how many children are maltreated simply because of the variations in research methods, definitions, and cultural issues across the globe. However, the World Health Organization states that “Child maltreatment is a global problem with serious life-long consequences.” These consequences include the possibility of becoming a victim or a victimizer as an adult; substance abuse issues; mental health issues; high-risk sexual behaviors; and a variety of physical issues.

One may wonder why serious life-long consequences follow maltreatment that is not addressed in an appropriate manner. Children are not small adults. There tend to be very ego-centric and very concrete. That is, children believe that everything which happens in their world occurs because of them. For example, a caregiver may come home from work after a difficult day and be impatient with his/her 7- year- old son when the child asks the caregiver to play with him. The 7-year-old may interpret the caregiver’s impatient behavior as due to not wanting to spend time with him. Children also are very concrete in their thinking. An example of this occurred when I told my 3-year-old granddaughter that we were going to the block party in our little town. She was very disappointed to find that there were no building blocks at that party!

What does this have to do with life-long consequences of maltreatment? If a child is maltreated, his perception of the world around him can become skewed. He may think that he is being beaten because he has red hair or because he asked for more food. The message that he internalizes is that he is not valued because of how he looks or that he is not deserving of more food. Children internalize messages that adults never realize. A simple example…. a 5-year-old goes to the refrigerator and takes out a gallon of milk to pour on her cereal. The caregiver quickly rushes to the child to pour the milk. Clearly, the caregiver is envisioning milk spilled all over the floor and wasted. The child, on the other hand, may internalize the message that she is incapable.

When a child is maltreated, some of the messages that he or she is likely to internalize include: I am not valuable enough to be protected. I don’t deserve to live. The only way anyone will ever love me is through sex. My world is not safe. No one cares about me. These internalized messages quickly become beliefs about the self – isolating and painful. These beliefs are the root of the life-long consequences of maltreatment and are part of the Maya of this physical existence. These beliefs are the opposite of Theosophical teachings in which all are valued, all are part of the Divine. It reminds one of the reason that the Theosophical Society was brought into being…to make available the theosophical teachings.

It is useful to look a bit closer at one particular case. (Names have been changed for confidentiality purposes.)

A little boy, age 4, was sexually abused by his neighbor. The little boy, Joe, stayed with his friendly neighbor, Mr. Sam, on many afternoons after school. What began as play soon turned to abuse, and Joe was threatened by Mr. Sam that if Joe told anyone, Mr. Sam would kill both Joe and his mother. Joe did not tell anyone. However, Joe’s mother eventually realized that something was wrong when Joe didn’t want to visit Mr. Sam anymore. After some kind and careful questioning, Joe admitted to his mom that Mr. Sam had been “mean” and had been “touching” him. Joe’s mother acted appropriately – she reassured Joe that he was safe and that she believed him. She then informed the authorities. Joe’s mom also put him in counseling.

When Joe first came into counseling, he looked at the counselor and stated “I could throw a toy through that window and break it.” “Yes, you could, but then we couldn’t play in here,” the counselor quietly responded. Joe participated in counseling for almost 2 years. During one period of his counseling experience, Joe spent most of his session arranging soldiers into two armies. During the last part of his session, he would have the counselor play “war” with him. Joe would have the counselor decimate his army. An unusual behavior for a 5-6-year-old, this happened at every session for many weeks. Eventually, the tide began to turn and Joe slowly began to have his army beat the counselor’s army. Joe was beginning to feel as if he had some control in his life and was becoming more self-assured about his safety.

After several years of counseling, Joe’s play in counseling and his behavior at home were typical of any child his age. He had managed to work through his feelings of anger, sadness, fear, and abandonment. Mr. Sam was tried in a court of law and convicted of child abuse. Joe, as a high school student, made good grades and was an athlete. He has since graduated from high school and is attending college.

This story is just one example of many. The messages Joe had internalized seemed to be “I am not strong enough.” “I don’t deserve to win.” “I’m not good enough.” Through counseling and the support of his mother, Joe received the help he needed, thus averting the likelihood of lifelong consequences. As I often share with clients, this incident is a part of your experience and will be a part of your memory, but it doesn’t define you. In time, the memory will become like a scar…

As Theosophists, it is most appropriate that we are the helpers and supporters of others who are suffering, especially children. We have chosen the path of helping humanity. In The Voice of the Silence, HPB says “Let thy Soul lend its ear to every cry of pain like as the lotus bares its heart to drink the morning sun. Let not the fierce Sun dry one tear of pain before thyself hast wiped it from the sufferer's eye. But let each burning human tear drop on thy heart and there remain, nor ever brush it off, until the pain that caused it is removed.” In more current language, but offering a similar message, Princess Diana said “Anywhere I see suffering, that is where I want to be, doing what I can.”

Whether we follow the words of HPB or the words of Princess Diana, may we always find the strength within to accept the reality of suffering in our world and then move forward to alleviate the suffering of humanity, beginning with the children.