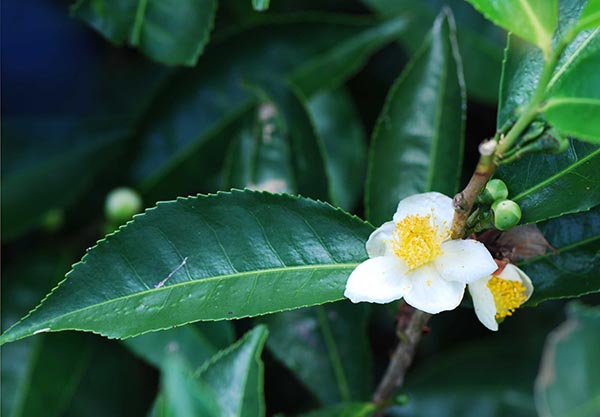 A flower grown at the Huntington Garden in San Marino, CA. Dara frequented this and other gardens

In this scientific age we moderns assume we are free from superstition. Yet we hold an abiding trust in technology which amounts to blind faith in hedonistic experimentation. Is not this a current day Superstition? While genetic engineers are trying to develop unicorns from goats, have we not witnessed a deepening cleft in basic wisdom and perception? Our kids “mouse” around computer screens for pre-packaged information with not a clue in how to synthesize it. We have faith that more children will learn to read, blind to any of the supposed founts of values they unconsciously tap into!

One of the most pervading superstitions today is that man is all-powerful over nature. Until recently DDT and pesticides were designed to produce great harvests, with little thought as to the atmosphere or the table health of the consumer. Now scientists have genetically altered tomatoes and other produce for long-lasting and “attractive” market value. Aside from the obvious results of Alar poisoning and contamination of feed, we see the imbalance wrought from generations of such experimentation in the nemesis of devastating storms, droughts and newly detected viruses. Great forests have been denuded and scientists began warning a decade ago about earth's depleted ozone layer. Now we find skin cancer risk at all-time highs in certain geographical zones.

When foresters in Sweden replaced native forests with quick- growing lodge-pole pines, diverse trees and their natural biomes were forever gone. Is it not superstition to ignore the insects and plants known to those climes and inject non-native plants into the environment indiscriminately? Is in not superstitious that poor beasts should be fattened by dead parts from their fellow- species, or any wonder when they die of “mad-cow disease?” Is not genetic engineering producing freaks of nature rather than rapidly evolved creatures? Are not those so-called “elevated” brains, those robots conjoined with living brain tissues now being experimented with, the zombies of the future that H.P. Blavatsky warned about? Indeed, what is a human with all organs replaced, other than a zombie!

We are sadly creating the very worlds we build in Science Fiction movies, time-warping man's destiny into “outer space.” With great fascination, we contemporaries observe plants and trees confined to outer space arboretums and solariums, while men are constantly “managing” space stations’ sophisticated technology, or repairing the monstrous intestines thereof. About the only color, we find other than the electronic screens they monitor, is in the weird and often grotesque masks entitling them to represent extraterrestrial beings, or in their entertaining holographic memory decks. The once healthy belief in the possibility of other worlds and timelessness has led only to a superstition that we can forever extend our exploitation to other worlds and galaxies. Fortunately, enough in Science Fantasy, we at least have inter- galactic councilors to help maintain the justice; and the good guys still triumph (unlike in most T.V. thrillers)!

On the social scene we have seen the beauties of cultural diversity, accompanied by an upheaval of current superstitions and myths regarding so-called “body-language.” To a Westerner it is honesty to look someone directly in the eyes. To an Easterner it is immodest and a sign of disrespect. Am American may wrongly accuse an Oriental of dissimulation by thinking his downcast eyes are hiding something. If a Vietnamese crosses his arms in front of his chest it is because he signifies his total attention and respect to a speaker. To the body-language specialist, folding the arms means “I don't care to listen to you,” or “I'm blocking you out.”

In a trade fair the director of a booth wondered why no one was buying his green hats. He learned that for Chinese male attendees wearing a green hat means your wife is cheating on you. American teachers are wise to refrain from writing a child’s name or corrections in red on a Korean student’s report, for to see one's name in red means he is going to die. We might sum up these several samples as an indication that what is politically correct for one group is not for another, and if we wish to make Brotherhood more than a superstition we have to gain wisdom as well as good-heartedness.

As parents we are good-hearted in wanting the best for our kids. Yet a major current superstition in the West is that we can create the American Dream for our children by giving them whatever they want! Fortunately, such child psychologists as Dr. James Dobson, are alerting moms and dads to the outcome of such unreasonable expectations and indulgences. Even though Theosophists are prone to the same tender sympathies and blind pride that their kids can do no wrong, at least they have the doctrine of Karma to guide them. They have the wonderful opportunity to nurture a sense of responsibility in kid's lives, instead of egotistic culture of “The American Dream” psychology.

An old superstition which crept into Theosophical lectures and literatures following second generation presentations, is that the God idea is a plank in Theosophy's platform. H.P. Blavatsky wrote constantly to downplay reliance on a personal Deity, and presented a philosophy of life in which man relies on the Divinity within. In a discussion of “Devachan” (Blavatsky Collected Writings, Vol. V, p.89) an Initiate wrote: “A warp of anthropomorphism seems to run through the entire woof of European metaphysics. The heavy hand of a “personal” deity and his personal ministers seems to compress the brain of almost every Western thinker. If the influence does not show itself in one form, it does in another.”

In certain segments of the Theosophical movement, rituals are still to be found. It matters not if these stem from Christianity or Shamanism, or Sufism. The hunger for ritual still abounds. Perhaps present-day Theosophists are not content with devotional readings and meditations which involve aspiration and will-power (not prayer) to the “father-within.”

Isn't it time to reassess our departure from the precepts which drew upon the ideas of Man's nature as Plato and Blavatsky presented them, rather than embrace the religious superstitions based on the idea of an anthropomorphic God? Can we say we are free from superstitions while still clinging to these?