What is pure Theosophy? 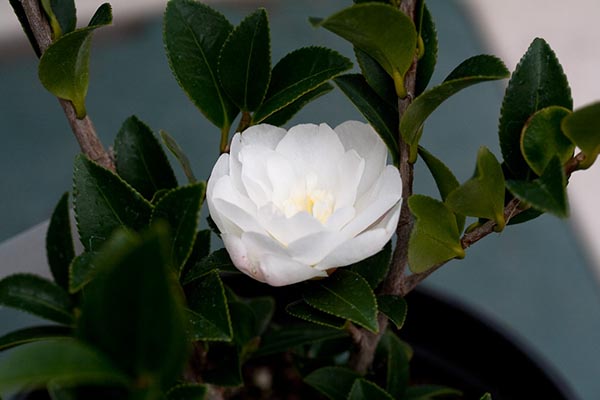 The author, Dara Eklund, loved gardening and flowers. She frequented gardens such as the Huntington Garden in San Marino, CA. This flower was cultivated and grown there

Even with a common slate of Theosophical teachings students of Theosophy express doubt concerning their ability to recognize a true teacher should he suddenly appear. Have we established, then, as "Pure" Theosophy a certain set of books, or perhaps doctrines, without examining them for the future guidance of our Movement? Surely the Masters who fashioned a craft designed to negotiate the cyclical tides of centuries ahead, would provide enough ballast to carry it over the rough shoals it has met with from the very beginning. We have not only been given direct warnings, but devotional texts to fortify the heart-life and subdue the darker currents of our human personality. We have emphasis on motive and equanimity in the Bhagavad-Gita, a text so universal as to be adopted by the Western man as one of the World's great literary pieces. We have allegories too, which warn of the degradation of the Esoteric schools into centers of black magic. They often show how the purity of One disciple can help keep a link unbroken.

Take for instance the opening chapter of The Idyll of the White Lotus, where the boy Sensa enters the temple for the first time, conscious that the gate is locked behind him. For some reason he does not mind being a prisoner in that awesome place, for he is made aware of a curious seclusion which does not seem like imprisonment to him. A subtle separateness from the city beyond does not impair his innocent nature from perceiving a duality at work within the temple itself. He is immediately drawn into a conflict of the priestly forces which would use his native seership for development of their own ominous ends, against his own intuitive reverence for the pure lady of the Lotus, Truth herself. This he must preserve within, with the aid of the gardener of the temple grounds: INTUITION. How will Sensa keep to the Pure is his test!

How often in our daily life, if we could attend to weeding out a path amidst our current duties, the Intuition would respond to that particular garden of its Karmic concern. What finer way to instill the purity of our teachings than to absorb the Golden Precepts into the daily consciousness? They are, after all, from the altars of "contemplative" schools, and, being written in the Mahayana spirit, by H.P.B., a genuine recorder of that tradition, must be as "Pure" a Theosophy as any Guru from the East could currently reveal to us. Should we succeed in living even one of the precepts, such as Charity, could we not be strong enough as individuals to overcome the eccentricities and diversities which isolate one Theosophist from another in needless and unbrotherly exclusion?

When we wonder if we could recognize a "True" Teacher, should he come among us, it is because we  have forgotten that the true teacher is within each one? That alone can acknowledge the Teachership of another. But the methods of development offered are so many, one may legitimately ask. How can we know what is best suited to our natures? Should we immediately suspect any handouts in terms of secret mantrams, or unsolicited forecasts concerning our spiritual destiny? Of course we should! Qualities of genuine insight have been clearly stated in our books. H.P.B. explains in her introduction to The Voice of the Silence:

"Indian methods of psychic development differ with the Gurus ... because every Guru has his own system which he generally keeps very secret. But beyond the Himalaya the method in the Esoteric Schools does not differ, unless the Guru is simply a lama, but little more learned than those he teaches."

This leads us to conclude that, while all over the world there are lamas, such as Sensa meets, pretending to be gurus, yet actually knowing little more than their followers, there are also teachers and acolytes who recognize each other by a common teaching of the Esoteric Schools rooted in the East. These teachers and schools would not leave such a trail of swift disillusionment as we witness pursuing the Guru-missionaries from the Orient today.

Far-flung across the globe are brothers of differing schools. Within those very schools, if we could restore the childhood heart of Sensa, we should find the image of the White Lotus which speaks to the pure in heart, no matter how priestly the craft attempting to hide, grasp or suppress it for themselves. We need the keys to clarify our mental life so that we will be incapable of corrosion by the dark forces attempting to stem the world's progress. Although The Voice of the Silence has a power in it to change the mental life of the aspirant, it is ultimately whether he chooses the open road or the secret, the eye-teaching or the heart, which determines his ability to recognize the Elect who represent the True Teaching.

We have 643 guests and no members online