In The Light Of Theosophy - Dreams

[This article appeared in the January 2017 issue of The Theosophical Movement. For more articles published in this excellent magazine follow this link: [http://www.ultindia.org/previous_issues.html ] 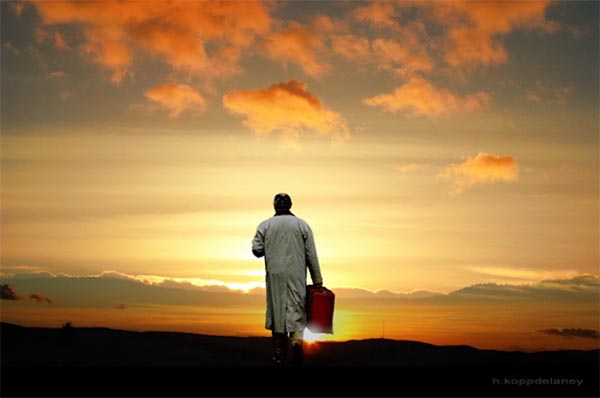 When interpreted correctly, dreams can give us major insights into our life and situations. Most dreams are forgotten but some dreams leave a vivid impact on our minds, lingering even after waking up. There are recurring dreams and nightmares, which compel people to look for their meaning and message. While most ancient cultures had their own theories of nature, function and meaning of dreams, modern experimental psychology ignored everything beyond the waking consciousness, including dreams. However, with the emergence of psychoanalysis it was beginning to be recognized that a large part of our mind is mostly unconscious, and that it contains all the wishes, desires, fears, hopes, traits and potentialities that we push out of awareness, either because they are too threatening to confront or because they are socially unacceptable. These influence our waking consciousness and often lead to conflicts. Dreams are a bridge between the conscious mind and the unconscious mind. Sigmund Freud, the founder of psychoanalysis referred to dreams as “the royal road to the unconscious,” as dreams allow us to work with and understand the unconscious.

It is believed that during sleep the unconscious mind is predominant, and yet, the conscious mind is a witness and therefore dreams are often a mix of both these minds. The contents of the unconscious mind are often expressed symbolically. Likewise, in the process of condensation, several unconscious feelings, wishes, conflicts are fused together and represented as a single image. For instance, a person who had lost his mother dreamt that an old woman wearing his wife’s bridal dress was running away, which depicted that person’s fear of losing his wife as he did his mother. Then there are dreams in which the dreamer projects his feelings and impulses onto another person.

In psychoanalysis, a dream is broken down into various small parts, and the patient is asked to consider each part and say what associations arise in his mind. After the process of free association to the dream is over, the therapist integrates all the inputs and looks to common underlying theme, in relation to the personality, symptoms and life history of the dreamer. “If we can develop the skill of interpreting dreams, they are a huge asset in understanding our own selves as well as others. They carry the potential of offering a new perspective and transforming us,” writes Pulkit Sharma, a Clinical Psychologist and Spiritual therapist. (Life Positive, October 2016)

Ordinary dreams or idle visions are the physiological dreams provoked by indigestion, or they may be caused by some idea or event strongly impressed upon the brain during waking hours. There are dreams that reflect thoughts and desires of waking state, and hence can be termed as idle dreams, having its basis in the psychological nature. Freud has dealt with such dreams at length wherein he speaks of repressed desires finding expression in dreams. We might say that real dreams are reflection of what is witnessed by our Ego on its own plane. H.P.B. writes, “The nature and functions of real dreams cannot be understood unless we admit the existence of an immortal Ego in mortal man, independent of the physical body.”

Dreams may be roughly divided into seven classes, which include “prophetic dreams” or “dreams of premonition,” Warning dreams, Allegorical dreams and Retrospective dreams, of events belonging to past incarnations. Even if one is able to bring back the memory of dreams, it is very difficult to interpret the dreams. It is said that a dream that is not understood is like a letter that is not opened. We are the only ones who can interpret our dreams. Just as in waking life, thoughts of different people are different, so also dream is peculiar to a person. Symbolic dreams are most difficult to interpret.

In his book, Man and His Symbols, Carl Jung remarks that it is plain foolishness to believe in ready-made systematic guides to dream interpretation, as if one could buy a reference book and look up a particular symbol. “No dream symbol can be separated from the individual who dreams it, and there is no definite and straightforward interpretation of any dream. Each individual varies so much in the way that his unconscious complements or compensates his conscious mind that it is impossible to be sure how far dreams and their symbols can be classified at all.”

A symbol can be interpreted in various ways. If two people dream about snake, it might signify different things for each of them. One can never be sure what exactly the symbol represents when interpreting another’s dream. Each symbol has seven meanings. A certain amount of intuition is necessary for dream interpretation.

We have 339 guests and no members online