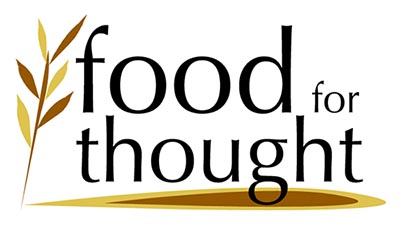 This article appeared in the October 2016 issue of The Theosophical Movement. For more articles published in this excellent magazine follow this ink: http://www.ultindia.org/previous_issues.html  ]

Once upon a time the inmates of an Ashram who were devoted to spiritual practices, assembled in a place to discuss about the utility of occult powers. There was a great controversy over the topic of discussion. At the outset, there was a division amongst the spiritual practitioners. One party held that the “Ashta Siddhis”—eight occult powers—viz., becoming (1) the smallest of the small, (2) the largest of the large, (3) the heaviest of the heavy, (4) the lightest of the light, (5) attaining overlordship, (6) getting anything and everything at will, (7) bringing everything under subjugation, (8) obtaining the power to pervade, etc., are but divine expressions and as such they are not negligible things. The opposite party held that these powers do not contribute to the unfoldment of spiritual life of the owner in the least; but, on the other hand, they drift farther and farther away from the real moorings of the spiritual life and therefore they are abominable.

Both the parties had at last agreed to approach their preceptor who brought the controversy to an end saying, “People of small intellect seek occult powers—powers to cure disease, win law suit, walk on the water and such things, but the genuine devotees of God never run after such things. They care only for that which is likely to develop their spiritual life.”

Once Sri Ramakrishna Paramahansa was prevailed upon by his nephew Hridoy to ask the Mother of some powers. Sri Ramakrishna was a man of child-like simplicity and while practicing Japa in the temple at Dakshineswar said to the Mother, “Mother, Hridoy asks me to pray to you for some occult powers.” The divine Mother at once showed him a vision—a middle aged prostitute, about 40 years old, appeared and sat with her back to him. She had large hips and was dressed in a black bordered sari. She was covered with filth in no time. The Mother showed him that occult powers were as abominable as the filth of that prostitute.

People with a little occult power gain name and fame, power and position of a Guru, gain people’s recognition, make disciples and followers. People, of course, say of such a Guru, “Ah, he is having a wonderful time. How many people visit him! What a number of disciples and followers he has! His house is overflowing with things and articles of enjoyment. People give him presents. He has such powers that he can feed any number of people if he desired.” But all these make the man more and more attached to these powers and he forgets God altogether, the highest end of human life.

The next day when they all assembled before the preceptor the disciples prayed to him to throw a little more light upon yesterday’s subject. The preceptor explained: “Once upon a time a Sadhu acquired great occult powers. He was vain about them. But he was a good man and had some austerities to his credit. One day the Lord disguised as a holy man, came to him and said, “Revered Sir, I have heard that you have great occult powers.” The Sadhu received the Lord cordially and offered him a seat. Just then an elephant passed by. The Lord, in the disguise of the holy man, said to the Sadhu, “can you kill this elephant if you like?” The Sadhu said, “Yes, it is possible.” So saying, he took a pinch of dust, muttered some mantras over it, and threw it at the elephant. The beast struggled a while in pain and then dropped dead. The Lord said, “What power you have! You have killed the elephant!” The Sadhu laughed. Again the Lord spoke, “Now can you revive the elephant?” “That too is possible,” replied the Sadhu. He threw another pinch of charmed dust at the beast. The elephant writhed about a little and came back to life. Then the Lord said, “Wonderful is your power. But may I ask you one thing? You have killed the elephant and you have revived it. But what has that done for you? Do you feel uplifted by it? Has that enabled you to realize God?” Saying this, the Lord vanished.

Once a man attained the power of walking over water. He was extremely proud of this attainment. One day he made a demonstration of his power by crossing over a river by foot. Most of the people were wondering at his power when a saint-like man asked him if it were really worth something. The man with a smile said that was really a wonderful thing, whereupon the saint said, “Well, at the most it is worth only a pice [a penny]. A man can cross the river by paying only one pice for the ferry boat. After all, if it has any worth it is worth one pice and nothing more.”

It is very troublesome to possess occult powers. A man who had acquired occult powers was sitting on the seashore when a storm arose. It caused him great discomfort; so he said, “Let the storm stop.” His words could not remain unfulfilled. At the moment a ship was going full sail before the wind. When the storm ceased abruptly, the ship capsized and sank. The passengers perished and the sin of causing their death fell to the man and because of that sin he lost his occult powers.

About the occult powers, Sri Krishna said to Arjuna, “Friend, if you find anyone who has acquired even one of the eight powers, then know for certain, he will not realize me.” For powers surely beget pride, and God cannot be realized if there is the slightest trace of pride.

[Taken from Vedanta through Stories by Swami Sambuddhananda, July 1950]