Why Not Laugh At Yourself? 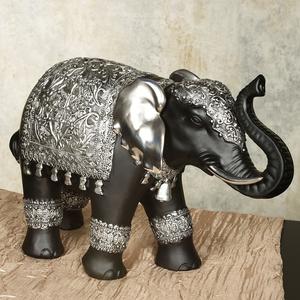 Many people talk about the heroism of self-conquest - something with which we all agree; but do you know, I sometimes wonder if our ideas of heroic battling with ourselves are not just a wee bit hysteriac, even foolish! I do not mean the heroism part of it, but this lower self of us, poor little thing! It plays havoc with us all the time, simply because we identify ourselves with it and always try to fight it and make it as big as we are. Is it heroic to fight a ghost of our own making?

How about wise old Lao-Tse? If you want to conquer your lower self, make it ashamed of itself; make it look ridiculous. Laugh at it; laugh at yourself. So long as you pay attention to something, you dignify it and put it on your own level; and then when you at¬tempt to fight it you are actually fighting another part of yourself which really could be enormously useful.

I have heard it said: Kill out the lower self. Well, suppose we could do that? We should then be most unfortunate beings; in fact we should not be here. This lower self when kept in order is a good little beastie. It helps us. Our duty is simply to keep it in order. Now when a man has a ‘fractious’ dog or a horse or a cat, or some other pet, whatever it may be, he does not kick it and beat it and hit it on the head in order to make it good. He would be apt to make it rebellious, cowardly, and vicious; he would be degrading it. Thus the lower self should be neither degraded nor clothed with the false dignity of an adversary erroneously raised to the position of the spiritual Self. It should be kept in its place and treated with kindness, consideration, and courtesy, but always with a firm and governing hand.

Take a dog. A dog can be made vicious and cowardly by brutal treatment; just as the lower self can, for the dog begins to think it is its master’s equal when the master pays too much attention to it. Just so with the human lower self. But when the human lower self, like the dog or any other pet, forgets its place and begins to presume, then put it in its proper position, but neither by brutality nor by dignifying it nor by fighting it. Ridicule your lower self, and you will soon see the lower self re-assuming its proper position because full of temporary shame and loss of dignity - ‘loss of face’ as the Chinese say.

Just so with the dog. Have you ever seen a dog stick its tail between its legs when you laugh at it? Dogs know when they are laughed at and it is one of the finest ways of handling a beast.

I do believe Lao-Tse of China was wise in his statement which runs to the effect that one of the best ways of conquering a foe is to make him look ridiculous.

Now that does not work as between man and man, because it is often very harsh and cruel, the two being on the same level. You can hurt a human being horribly and unjustly by placing him in a false position through ridicule. No; but try it on yourself. The next time the lower self begins to hold its head up and wants to tell you what to do, laugh at it; don’t dignify it; don’t give it position and power and strength by fighting it; nor on the other hand, do not abuse it nor make it weak and vicious and cowardly. Put it in its proper place by ridicule, and, indeed at times a gentle contempt. Learn the greater heroism. Laugh at the thing which bothers you!

The ability to see humor in what happens to ourselves is a spiritual attribute. For after all, humor is at the very root of the universe; and I think that one of the greatest tragedies of individual existence has been the lack of the ability to see the funny side of things when troubles come. When disasters befall you, just try to see the funny side, and you not only save yourself in all likelihood a lot of trouble, but likewise you get a great ‘kick’ out of it.

I remember the great ‘kick’ I got out of a discussion between myself and my dear old father when 1 was a boy. My father had read an article in some theological magazine by some eminent Chris¬tian clergyman who pleaded for the existence of a sense of humor ‘in Almighty God.’ 1 said this was simply grand; because although our sense of humor is human, small because we are small, yet, is it possible for a part, a human being, to have something which the almighty whole, which the Divine, lacks? So of course if Divinity has a sense of humor, I said, it is a sense of divine humor, but it is humor all the same.

I think that there is a great deal of sound science and philosophy in the old Hindu idea that Brahman brought forth the Universe in play, in fun. The words are different from those of the Christian clergyman, but the idea is the same. ln other words, the bringing forth of alI things was not a tragedy; there was beauty in it, there was harmony in it; there was humor in it; and those who are in this Universe can see the humor in it if they will.

Look at the religious wars and squabbles that never would have occurred if people had had a sense of humor. If people nowadays would see the funny side of things, then they would begin to live together, to love together, to laugh together, and to take counsel together instead of distrusting each other.

From:  Wind Of The Spirit/Theosophical University Press