[This article appeared in the July 2016 issue of The Theosophical Movement. For more articles published in this excellent magazine follow this ink: http://www.ultindia.org/previous_issues.html ] 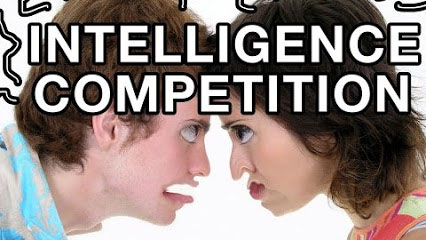 It seems the whole world is waging war on unintelligent people. In earlier days intelligence or unintelligence of the person was not as important as it is today. Instead, emphasis was laid on factors like integrity, good work ethic, and the ability to get along with others. A college degree – especially in the Western world – was not necessary even as late as the 1960s. Today, both in India and in the West, we find that a college degree is a prerequisite for most jobs. According to jobs web site, Monster.com, “smartness” takes precedence over factors like “hard working” or “ambitious,” mentioned in job descriptions.

David Freeman at The Atlantic writes, “Those who consider themselves bright, openly mock others for being less so. Even in this age of rampant concern over micro-aggressions and victimization, we maintain open season on the non-smart. People who would swerve off a cliff rather than use a pejorative for race, religion, physical appearance, or disability are all too happy to drop the s-bomb: Indeed, degrading others for being ‘stupid’ has become nearly automatic in all forms of disagreement.” The Harvard Business School professor argued that smart people can make the worst employees because they are not used to dealing with failure and criticism.

We witness a rising trend in low-intelligence jobs being lost to automation, robots, online services and kiosks, so that in future, the drivers could lose their jobs to driverless automobiles, and waiters may be replaced by robots.

It is felt that poverty is linked to child’s performance at school and that the over-all intelligence may be raised by alleviation of poverty because biggest gain in intelligence is made during a child’s early years. “We must stop glorifying intelligence and treating our society as a playground for the smart minority,” but instead shape our economy and our culture with an eye to the abilities and needs of the majority, writes Freeman. (Sunday Times of India June 19, 2016)

Almost a hundred years back H.P.B. wrote that our civilization is built on sham and appearances, to which we may add “smartness” and “intelligence.” Intelligence is a double-edged weapon. We may use a pole to help the drowning man and we can use the same pole to keep him under water. “Great intellect and too much knowledge are a two-edged weapon in life, and instruments for evil as well as for good. When combined with Selfishness, they will make of the whole of Humanity a footstool for the elevation of him who possesses them, and a means for the attainment of his objects; while, applied to altruistic humanitarian purposes; they may become the means of the salvation of many.” (S.D., II, 163)

With youngsters and adults committing suicide for trifling reasons, deteriorating interpersonal relationships, depression and deteriorating morals, it is being gradually recognized that more than the IQ (Intelligence Quotient) we need to worry about EQ (Emotional Quotient). Many are able to appreciate that development of emotional skills, which include self-awareness, managing one’s feelings, controlling the impulses, delaying gratification and the ability to handle anxiety and stress is the dire need of the hour. In his book, Emotional Intelligence, Daniel Goleman writes that to build a powerful moral character, we need to learn self-control. We should be able to put aside our own interests and learn to empathize and see another’s point of view, and this empathy would lead to altruism and compassion. Such education must be given right from childhood.

We find him echoing H.P.B.’s views who says that our education must aim at teaching children things which enable them to carry the burden of life with fortitude, and inculcate in them love for one’s neighbors instead of competitiveness. “I tell you the heart, the soul, and the bowels of compassion are of more consequence than intellectuality. The latter will take us all sure to hell if we let it govern only,” writes Mr. Judge