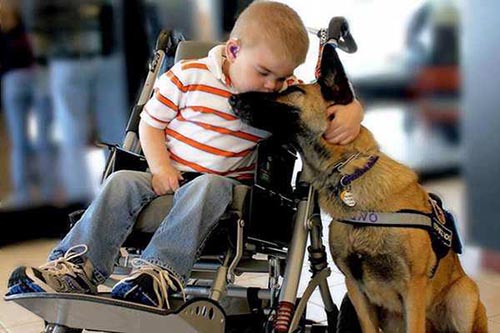 Compassion – There is no ‘other’ in this world; we are all one

I was talking with Joy Mills a few years ago, and she said that the focus of our existence as human beings is self-realization – learning who we are, who we really are. That is what we are supposed to be doing here. This, she said, is the central point of The Mahatma Letters.

As we progress along the path of self-realization, we eventually awaken, or become aware of, our buddhic nature. With this awakening or awareness, compassion based on a sense of responsibility for all beings becomes a driving force in our lives, and we act as a bodhisattva acts, for the good of all. ‘In Theosophy the term “bodhisattva” is used to denote an individual who has reached enlightenment and may pass beyond the “wheel of re-birth”, but elects to reincarnate for the good of all.’ (Theosophical Encyclopedia, p. 110, TPH, the Philippines, 2006). In other words, a bodhisattva sacrifices his or her reward of transition into nirvana to help other sentient beings until all reach enlightenment.

I do not presume to say that any of us are already bodhisattvas. But, are you familiar with the term, ‘fake it until you make it’? What that means, and what I am saying is that all of us can work as if we are bodhisattvas. All of us can help each other and humanity at large right now. These words from Annie Besant say it all.

“The spiritual man must lead a higher life than the life of altruism. He must lead the life of self-identification with all that lives and moves. There is no ‘other’ in this world; we are all one. Each is a separate form, but one Spirit moves and lives in all.” [from: The Laws of the Higher Life - 3 lectures delivered at Vârânasi, India.]

The Theosophical Order of Service (TOS) was founded by Annie Besant in 1908 as a way to put the first object of the Theosophical Society (TS) into action, as a way to demonstrate and practice the oneness of all life. The giving of our time, talent, energy, money, advocacy, and moral support to those in need is based on compassion and on the acceptance of our responsibility towards those with whom we are one. Our TOS motto, ‘a union of those who love in the service of all that suffers’, reminds us of our commitment to the Oneness of All Life. These are pretty elevated words about the TOS when on the surface it may seem as though we are simply doing “good works” as are many other humanitarian service groups.

What makes the TOS different? Our current President, Tim Boyd, answered that question in an appeal letter he sent out on behalf of the TOS in America back in 2008, when he was its President. Tim said, “There are countless groups doing valuable service work in the world . . . What makes the TOS different? Being guided by the theosophical worldview sets our service approach apart. We are motivated by a sense that we are all participants in the One Life. Suffering and overcoming suffering are not isolated or regional. We all share in it.”

Even before the TOS was formed, the Theosophical Society was no stranger to altruistic action, to working for the benefit of others, and to leading the way towards improvements in people’s lives. In a talk given in 2011, Diana Dunningham-Chapotin, former International Secretary of the TOS, said this about the work in the early days of the Society:

“We don’t need to spend much time recalling the attention to social responsibility of our early TS leaders and members because many of you are well aware of it. I refer not just to Annie Besant but to pioneers such as Col Olcott, William Quan Judge, Isabel Cooper-Oakley and Countess Wachtmeister. What is interesting, though, is that in those days the collective action of the members and their leaders actually caused the public to associate the Society primarily with social reform. Early The Theosophist magazines contain scathing commentaries on all kinds of social, educational, political and religious abuses of the time. When Col Olcott appeared on theosophical platforms all over the world, he didn’t lecture principally on metaphysics; he dealt mostly with such subjects as religious freedom, education for girls, cremation and agricultural reform. These may seem innocuous to us now but at the time they were very controversial.

Another interesting fact is that long before Annie Besant became international President of the TS in 1907, whole Branches and Sections of the TS were already campaigning in all kinds of domains: women’s suffrage, Esperanto, “higher socialism”, health reform, vegetarianism, antivivisection, the kindergarten movement, the abolition of racism, worker education, industrial relations, environ-mental preservation, and so on. Many Lodge programmes in the 1890s included ground-breaking children’s education, debating clubs, concerts, scientific and psychological research, the collection and distribution of clothing for the destitute, children’s holiday homes, prison and hospital visiting and in one branch there was even a labor bureau! In Australia, in the late 1920s and early ’30s, under the dynamic leadership of George Arundale, Theosophists ran a monthly political magazine and a radio station.

There is something else interesting to point out about all this. For Mrs Besant and her fellow pioneers, TS life and social responsibility were part of an indivisible whole. In 1913, when Mrs Besant re-entered politics to fight for independence for India, she felt she was acting on instructions from the Masters. . . . In 1908, some also say that Mrs Besant created the TOS to give an independent organizational focus for community involvement, but, if this was the case, in practice little distinction was made between the work of the TS and the TOS.”

Actually, not a lot has changed in that regard. Even our more recent TS International Presidents, Radha Burnier and N. Sri Ram, have boldly taken stands on controversial public issues in their ‘On the Watch-Tower’ columns in TheTheosophist. Mrs Burnier’s ‘Watch-Tower’ columns can be found all under one cover in the 2009 publication, The World Around U.

There have long been two views of Theosophical work, “one narrow and one wide”, as Annie Besant called them in her January 1915 ‘Watch-Tower’ article in The Theosophist. In the first view the theosophist wants to teach Theosophy without applying it and thinks that this is the only proper work of the Society. The second view is held by those who want to apply Theosophy as well as teach it. Mrs Besant said, “The other view is that the Divine Wisdom . . . exists in the world for the world’s helping, and that nothing is alien from it which is of service to Humanity.” In her article, Mrs Besant goes on to talk about both views saying that both are important to the work of the Society and that each was and is needed at different times. Throughout her presidency Besant encouraged the wider view. She founded the TOS and other groups to focus this energy. She said:

“Since elected to the Presidency, I have endeavored to organize the many activities of those who agreed with me in theosophising public life, so that no activity should compromise the neutrality of the TS, while members should remain perfectly free to work in any of them.”

Of the two views she goes on to say, "They are complementary, not hostile. But let neither depreciate the other, nor minimize its value. Let each do its work, and recognize that the other has also its place and its work.”

The older I become the more I realize that balance is the key to spiritual growth. The theosophical triad of study, meditation and service exemplifies this. Study utilizes our ability to reason and think logically. Meditation helps us to tap into our higher selves, the divine within, and gives us respite from today’s hectic world. Service then is the fulcrum – the point of balance. Service is that part of the triad which allows us to demonstrate the divine in the world. Through selfless service we help to heal suffering humanity. We draw attention to the woes of the world, and lead by example in the effort to ease suffering and right wrongs. In the process, we help ourselves. We grow spiritually as we become more and more open to seeing the unity of life wherever we look. Service can manifest itself as simple acts of kindness performed by an individual or a group, or as larger and more organized efforts. It can be aimed at family members, a neighborhood, a community, a country, a gender or other class of people, or at animals and even the planet. So let each of us work as if we are bodhisattvas. All of us can help each other and humanity at large right now.