The Public Work of the Theosophical Society (Part two) 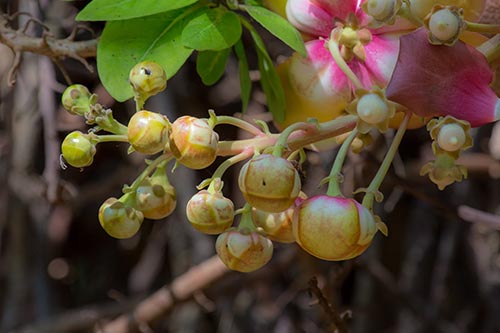 In an article by Cristian Conen, published in The Theosophist in December 2014, he began to examine the work of the Theosophical Society (TS) based on ideas expressed by the late International President, Radha Burnier. Continuing this inquiry, particularly in connection with work in the field of spiritual education, we may ask: what kind of public programmes should TS offer in order to help the spiritual growth of humanity?

To evaluate what programmes the Theosophical Society should promote so that our work for humanity remains relevant, we could ask the following question: If the TS were to disappear, what would be missing? Would the Buddhist, Hindu, or any other religion suffer a loss? Would the field of science and spirituality be affected? The same question may be asked about other traditions and fields, and the answer will probably be that none of these areas would notice the lack.

So, what would suffer if the TS were to go away? The first and most obvious answer is – the Theosophical teachings. If our organisation did not spread Theosophy, who would? Would the followers of any religion teach Theosophy? Would those in the field of Gestalt psychology or the Mindfulness Movement? Who else would? To be sure, the books could still be available on the internet, but without an organisation promoting these teachings and helping people to understand them, they would soon fall into oblivion. Co-founder of the TS, Helena Petrovna Blavatsky, said that the Society was “formed to assist in showing to men that such a thing as Theosophy exists, and to help them to ascend towards it by studying and assimilating its eternal verities.”2

It seems clear that, besides the field of work that our Three Objects lay out, the preservation, development and spreading of Theosophical teachings is a fundamental aspect of our mission.

Does this mean we should only teach Theosophy? Should we become like most spiritual traditions, a kind of Theosophical sect teaching only the words of our founders and leaders? Here again, asking ourselves what the world would miss if the TS became one more spiritual sect can bring some clarity. One may realise that the TS can offer a special kind of study that is still quite unique in the modern world.

As stated in its Second Object, part of the purpose of our Society is “To encourage the study of Comparative Religion, Philosophy and Science.” When applied to our public work, this seems to imply that we should have a variety of lectures on different subjects, for example, one on Yoga, another on Mysticism, then on Greek Philosophy, and so forth. However, this is not quite a comparative study. All we would be doing is offering a series of different approaches with no apparent connection between them. In my view, the Second Object involves more of an effort to compare the different worldviews, arriving at a synthesis in understanding that is more holistic than the mere sum of the fragments. When we do this, we have something unique to offer, a new element of understanding that may bring order to and bridge the myriad of spiritual viewpoints available today.

A simple example is Mainstream Christianity, which tends to emphasise that we are sinners, unable to win salvation for ourselves. We need to believe in Jesus and give up our personal will to follow the Will of God. In contrast, modern Advaita teachings propose that we are already enlightened and therefore need no saviour – or practice, for that matter. If our Theosophical group offers two consecutive lectures on these subjects, people will learn two apparently contradictory doctrines with little to suggest a unified view. What are they supposed to do with the information?

In the past, people were often unaware of the worldviews offered by other religions. The very act of coming in touch with a different perspective had an intrinsic beneficial effect, allowing them to think ‘out of the box’. But today, people know that there are all kinds of different religious views, quite easily accessed. In fact, many feel overwhelmed and confused by such diversity. Merely providing different perspectives is no longer sufficient.

If we want to remain relevant, we cannot just repeat old formulas that do not address the needs of the moment. This does not mean that teaching about other traditions is no longer necessary. In fact, the Society can offer something in this field that, generally speaking, no other organisation is able to do. Coming back to our example, if these religious philosophies – the Christian and the Advaita – are truly contradictory, then they are mutually exclusive; only one of them will be valuable or true for an individual, and the other will be false. But if we use the deep understanding that Theosophical teachings provide, we can shed a new light on their seemingly contradictory nature and arrive at a more unified and profound realisation.

For instance, when seen from a Theosophical perspective, Christianity is describing a necessary attitude at the level of the personal ego (kāma-manas). This level of consciousness is intrinsically limited and cannot perceive the truth. The personal ego needs to move out of the way so that the Divine can manifest. Modern Advaita, in its turn, is talking about the wisdom (buddhi-manas) that is an inherent part of our spiritual individuality. Our true nature is already enlightened, but it gets obscured when it has to express itself through the personality. Bringing these two teachings together we realise that, if our inherent wisdom is to manifest in the waking state, the personal ego has to be abandoned.

When these worldviews are looked at from this perspective, they both make sense. They are not talking about different realities, but about different aspects of the same reality. They both have a place and complement each other, providing together a more coherent picture than either of them can offer separately. Isn’t this message far more valuable than simply offering two unconnected programmes leaving people with apparently contradictory views? Granted, to do this a speaker needs to have some degree of knowledge of Christianity, Advaita and Theosophy. Simply inviting people to talk about their traditions is far easier than presenting a comparative study, but no organisation can hope to be a meaningful influence in the world while approaching its work with a commonplace attitude.

It is obvious that the quality of our Theosophical work in the public arena depends on the quality of our membership. In countries where the National Section and the branches do not stimulate a well-rounded education of their members, public activities become either more reliant on non-Theosophical speakers, or are dry and uninspiring. Here, the importance of the work of the branches, as Cristian Conen points out, becomes self-evident.

It is necessary to mention here that Theosophical education is not limited to intellectual study. If in our public programmes we want to communicate more than mere words and concepts; if we want to inspire those who come to our meetings, we need to make a sincere effort to live a Theosophical life to the degree that it is possible for us at the moment. Only thus will we be able to present the teachings as a living power that can transform our lives. In the words of a Master of the Wisdom:

The problems of true Theosophy and its great mission are, first, the working out of clear unequivocal conceptions of ethical ideas and duties ... and second, the modelling of these conceptions for their adaptation [to] daily life ... where they may be applied. 3

In this article, however, we can only examine the role of the TS in providing a rich understanding that can serve as a foundation for the spiritual practice.

The study of modern Theosophy should be a regular activity of branches and committed members. This statement is not inspired by a dogmatic spirit, but simply by the fact that the Theosophical teachings themselves provide that unique approach that our organisation can contribute to the world. Unless we are familiar with these teachings, we will be unable to offer anything original.

However, if Theosophical teachings are studied to the exclusion of everything else, we will become one more group promoting a fragment of the Truth, unable to discern the whole. We need to create opportunities for our members to learn about other traditions and integrate this knowledge.

In this endeavour, we must expose ourselves to philosophies from their own sources, rather than simply repeating what Blavatsky (or some other Theosophist) says that this tradition says. We must be careful not to see everything as if through a ‘theosophical filter’. If, for example, a tradition says that one can reincarnate in animals, we should not immediately declare that this is not true. We need to be able to understand its logic, even if we do not entirely agree with it. Once we have accomplished this step, the subject can be examined from a Theosophical point of view, to shed new light upon obscure points or add a new dimension of interpretation.

At the beginning, this comparative work may seem difficult, but great erudition is not really necessary. The example I gave above requires only a basic knowledge of the traditions involved. As is the case with many things in life, practice develops skill, and eventually we are able to do the work quite effortlessly.

Moving in this direction, the Theosophical Society can continue to be a living influence in the evolution of humanity and, perhaps, become indeed the cornerstone of future religions, exemplifying a deeper, holistic and non-exclusivist approach to life.

[This article was first published in the September 2015 issue of The Theosophist.]

Photo with courtesy of Richard Dvořák.