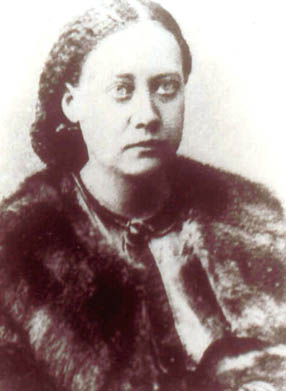 ENQUIRER. How, then, should Theosophical principles be applied so that social co-operation may be promoted and true efforts for social amelioration be carried on?

THEOSOPHIST. Let me brief1y remind you what these principles are-universal Unity and Causation; Human Solidarity; the Law of Karma; Re-incarnation. These are the four links of the golden chain which should bind humanity into one family, one universal Brotherhood.

THEOSOPHIST. ln the present state of society, especially in so-called civilized countries, we are continually brought face to face with the fact that large numbers of people are suffering from misery, poverty and disease. Their physical condition is wretched, and their mental and spiritual faculties are often almost dormant. On the other hand, many persons at the opposite end of the social scale are leading lives of careless indifference, material luxury, and selfish indulgence. Neither of these forms of existence is mere chance. Both are the effects of the conditions which surround those who are subject to them, and the neglect of social duty on the one side is most closely connected with the stunted and arrested development on the other. In sociology, as in all branches of true science, the law of universal causation holds good. But this causation necessarily implies, as its logical outcome, that human solidarity on which Theosophy so strongly insists. If the action of one reacts on the lives of all, and this is the true scientific idea, then it is only by all men becoming brothers and all women sisters, and by all practicing in their daily lives true brotherhood and true sisterhood, that the real human solidarity, which lies at the root of the elevation of the race, can ever be attained. It is this action and interaction, this true brotherhood and sisterhood, in which each shall live for all and all for each, which is one of the fundamental Theosophical principles that every Theosophist should be bound, not only to teach, but to carry out in his or her individual life.

ENQUIRER. All this is very well as a general principle, but how would you apply it in a concrete way?

THEOSOPHIST. Look for a moment at what you would call the concrete facts of human society. Contrast the lives not only of the masses of the people, but of many of those who are called the middle and upper classes, with what they might be under healthier and nobler conditions, where justice, kindness, and love were paramount, instead of the selfishness, indifference, and brutality which now too often seem to reign supreme. All good and evil things in humanity have their roots in human character, and this character is, and has been, conditioned by the endless chain of cause and effect. But this conditioning applies to the future as well as to the present and the past. Selfishness, indifference, and brutality can never be the normal state of the race – to believe so would be to despair of humanity-and that no Theosophist can do. Progress can be attained, and only attained, by the development of the nobler qualities. Now, true evolution teaches us that by altering the surroundings of the organism we can alter and improve the organism; and in the strictest sense this is true with regard to man. Every Theosophist, therefore, is bound to do his utmost to help on, by all the means in his power, every wise and well­ considered social effort which has for its object the amelioration of the condition of the poor. Such efforts should be made with a view to their ultimate social emancipation, or the development of the sense of duty in those who now so often neglect it in nearly every relation of life.

ENQUIRER. Agreed. But who is to decide whether social efforts are wise or unwise?

THEOSOPHlST. No one person and no society can lay down a hard-and-fast rule in this respect. Much must necessarily be left to the individual judgment. One general test may, however, be given. Will the proposed action tend to promote that true brotherhood which it is the aim of Theosophy to bring about? No real Theosophist will have much difficulty in applying such a test; once he is satisfied of this, his duty will lie in the direction of forming public opinion. And this can be attained only by inculcating those higher and nobler conceptions of public and private duties which lie at the root of all spiritual and material improvement. ln every conceivable case he himself must be a centre of spiritual action, and from him and his own daily individual life must radiate those higher spiritual forces which alone can regenerate his fellow-men.

ENQUlRER. But why should he do this? Are not he and all, as you teach, conditioned by their Karma, and must not Karma necessarily work itself out on certain lines?

THEOSOPHlST. It is this very law of Karma which gives strength to alI that I have said. The individual cannot separate himself from the race, nor the race from the individual. The law of Karma applies equally to all, although all are not equally developed. ln helping on the development of others, the Theosophist believes that he is not only helping them to fulfil their Karma, but that he is also, in the strictest sense, fulfilling his own. It is the development of humanity, of which both he and they are integral parts, that he has always in view, and he knows that any failure on his part to respond to the highest within him retards not only himself but all, in their progressive march. By his actions, he can make it either more difficult or more easy for humanity to attain the next higher plane of being.

ENQUlRER. How does this bear on the fourth of the principles you mentioned, viz., Re-incarnation?

THEOSOPHIST. The connection is most intimate. If our present lives depend upon the development of certain principles which are a growth from the germs left by a previous existence, the law holds good as regards the future. Once grasp the idea that universal causation is not merely present, but past, present and future, and every action on our present plane falls naturally and easily into its true place, and is seen in its true relation to ourselves and to others. Every mean and selfish action sends us backward and not forward, while every noble thought and every unselfish deed are stepping stones to the higher and more glorious planes of being. If this life were all, then in many respects it would indeed be poor and mean; but regarded as a preparation for the next sphere of existence, it may be used as the golden gate through which we may pass, not selfishly and alone, but in company with our fellows, to the palaces which lie beyond.