Compassion: Goal of Theosophy and the Spiritual Life 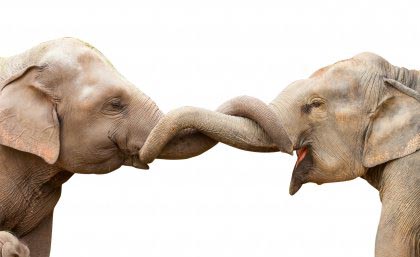 In all the main religions of the world we find some teachings concerning compassion and loving kindness. This is also the case with Judaism. There are 613 commandments in the Jewish religion, many of which are dealing with the way we should treat others. In general, we find well known commandments such as:

”Love your neighbour as you love yourself.”

“Do not do to others what you do not like being done to yourself.”

More specifically, there are commandments for helping the poor, visiting the sick, comforting mourners, and even celebrating with the bride and groom in their marriage feast.

As in other countries, we have hundreds of philanthropic organizations actively helping others: providing food, clothing and medical supplies, protecting children and women in need, and so on. Knowing the sad history of this land, one may ask, how can there be so many manifestations of charity and loving-kindness along with the walls of hatred and hostility between two nations that are destined to live side by side?

In The Mahatma Letters to A. P. Sinnett, Letter 8, Master KH, a master of wisdom and compassion, acknowledges this sad situation of humanity:

“For it is ‘Humanity’ which is the great Orphan, the only disinherited one upon this earth, my friend. And it is the duty of every man who is capable of an unselfish impulse to do something, however little, for its welfare. Poor, poor humanity! It reminds me of the old fable of the war between the Body and its members: here too, each limb of this huge ‘Orphan’ – fatherless and motherless – selfishly cares but for itself. The body uncared for suffers eternally, whether the limbs are at war or at rest. Its suffering and agony never cease.”

But having deep knowledge of the divine potential which lies dormant in the human soul he adds: ‘Since there is no hope for man only in man I would not let one cry whom I could save!’

There are moments when difficult events caused by extremists on all sides, human beings immersed in ignorance and illusion, make a person lose sight of what the Master was talking about. How can it be that with all the long history of destruction and suffering, we still experience so much hatred and violence in many parts of the world?

Meditating on the sentence ‘there is hope for man only in man’ and observing these feelings of despair that arise within, with compassion they dissolve, and gradually there begin to appear
some bright spots that exist within this harsh reality.

These sparks of light are present in many men and women, many of them young, who dedicate, and sometimes even sacrifice, their lives doing the sacred work of healing the sick in undeveloped countries, defending the human rights of the oppressed, helping refugees and those who are trapped in fighting zones; who fight ceaselessly against the ecological damage caused by governments and organizations, and help to prevent cruelty to animals. There are many light workers, who are really the hope of humanity, and who are practising compassion in action and universal responsibility.

I would speculate that many of those who dedicate themselves to alleviate human suffering in all its forms have been influenced directly or indirectly by the principles of morality and spiritual philosophy of Hinduism, Buddhism, Theosophy and many other currents. Principles such as the interconnectedness and unity of life, non-violence, and non-duality have found their way into many spiritual groups and into psychology, psychotherapy, ecology and even quantum physics.

Here we may ask how Theosophy can play a greater part in expanding the circle of those who can feel this interconnectedness and the urge to serve humanity? How can we make these principles which are inherent in Theosophy more practical and friendly?

All the wonderful teachings of Theosophy about the hidden aspects of Nature and man, about laws of Nature such as reincarnation, karma, evolution of consciousness, periodicity and other teachings dealing with the creation of the universe and man, and so on, are all forming the ‘hall of learning’, that leads to the ‘hall of wisdom’, or to the realization that one has to concentrate his energies on freeing one’s self from separateness. This consists mainly in the development of the quality of a wide open heart, of feeling close to others, really sharing their pains and joys, and being able to work for their wellbeing; this realization or active compassion is the aim of the spiritual life.

The importance of this quality is expressed in the following two quotations; the first is from At the Feet of the Master:

“Of all the Qualifications, Love is the most important, for if it is strong enough in a man, it forces him to acquire all the rest, and all the rest without it would never be sufficient.”

Most of us will agree with this saying, but how many of us (including the speaker) are willing to abandon learning, and concentrate all our efforts on the realization of our inner love-nature?

The second quotation is from H. P. Blavatsky in The Voice of the Silence, in which compassion is defined as the Law of laws:

“Canst thou destroy divine Compassion? Compassion is no attribute. It is the Law of laws — eternal Harmony, Âlaya’s Self; a shoreless universal essence, the light of everlasting right, and fitness of all things, the law of love eternal. The more thou dost become at one with it, thy being melted in its Being, the more thy soul unites with that which Is, the more thou wilt become Compassion Absolute.”

Are not these quotations and many more found throughout other Theosophical books, trying to awaken us to concentrate our study and practice on the development of true compassion? Only practical brotherhood and compassion can transform us and society. Could it be, that many of us are too attracted to the ‘hall of learning’, and this maybe the cause for the difficulties the Theosophical Society has in reaching larger sections of society, and specially the young generation? All the separative tendencies, hatred and violence in the world, call for the healing powers of true brotherhood and compassion.

Can we find new ways of teaching Theosophy, so that the principles of Theosophy will be channelled and focused on study, meditation, and practices for the development of compassion and brotherhood? We must find ways to demonstrate the truth that only through compassion and brotherhood, inner peace and happiness can be found. There is a simple exercise which we use in our course on practical ways to deal with harmful emotions, which helps in experiencing this truth: Think about someone who made you angry and observe the unpleasant sensations in your body, and then think about someone you love, and see how good it feels at the level of the body.

The knowledge of Theosophy gives us a very good basis for demonstrating through analogy, exercise, dialogue and meditation practices, the truth expressed in the following words of wisdom by the Buddha, all of which deal with the essential attitude needed for the development of compassion and inner peace. Here are the unforgettable words of the Buddha at the opening of the Dhammapâda:

“All that we are is the result of what we have thought: it is founded on our thoughts, it is made up of our thoughts. If a man speaks or acts with an evil thought, pain follows him, as the wheel follows the foot of the ox that draws the carriage.

… All that we are is the result of what we have thought: it is founded on our thoughts, it is made up of our thoughts. If a man speaks or acts with a pure thought, happiness follows him, like a shadow that never leaves him.

… ‘He abused me, he beat me, he defeated me, he robbed me’ – in those who harbour such thoughts hatred will never cease.

… He abused me, he beat me, he defeated me, he robbed me’ – in those who do not harbour such thoughts hatred will cease.”

For hatred does not cease by hatred at any time: hatred ceases by love, this is an old rule.

Where can this love or compassion that eradicates hatred be found? It can be found deep within because it is our own true nature, but we have to make space for it. So long as we are filled with
the self and all its desires and fears it cannot appear.

The making of space for compassion to be born within us, is the result of a long process of deep inner observation, combined with a willingness to meet our accumulated anger, fear, loneliness, frustration – and feeling with com-passion all the pain which is held in these emotions. We can combine this inner observation with a loving-kindness meditation on the following words from The Voice of the Silence and remind ourselves of the many forms of suffering we see and hear about:

“Let thy soul lend its ear to every cry of pain like as the lotus bares its heart to drink the morning sun.

… Let not the fierce Sun dry one tear of pain before thyself hast wiped it from the sufferer’s eye.

… But let each burning human tear drop on thy heart and there remain, nor ever brush it off, until the pain that caused it is removed.”

The question still remains, how can I bring a greater part of my nation to understand and apply these truths in relation to those who belong to other nations or religions?

In the teachings of Theosophy and Hinduism, we learn that this situation of ignorance, separation and illusion in which most of humanity is today, is vital to the development of individual human consciousness. All sparks of consciousness must fall from a state of unconscious unity to a state of separation and the suffering that goes with it, so that they can return in some future, fully conscious to the unity and wholeness which is their true home.

Should we take comfort in this knowledge, and let Nature and karma do the work of evolution leading after countless eons of suffering to that enlightenment after which illusion and separateness will be eradicated? Or should we awaken ourselves to understand and see that everyone who came to Theosophy or to any true spiritual path must become sooner or later an emissary of Nature and karma, without which the work of the evolution of human consciousness cannot be realized. Every human being is in his essence a bridge between heaven and earth.

All who are even somewhat aware of being such a meeting point between spirit and matter, heaven and earth are mankind’s hope for change towards true humanity. The Universe expects such people to take responsibility, to be their brothers’ keepers and tirelessly teach and be models of love and wisdom. How do we and others around the world wake up to vigorous and effective action demonstrating the vitality of developing compassion for the happiness and prosperity of humanity?

Let us focus in Theosophy on the path of the heart, on those truths on which it is written in Light on the Path:

“These Truths, which are as great as is life itself, are as simple as the simplest mind of man. Feed the hungry with them.”

Can we feed the world with these truths by doing more to simplify and ‘popularize Theosophy’ and focus on the teachings which motivate us towards more compassionate and brotherly living?