The Voice of the Silence 20 (Conclusion) 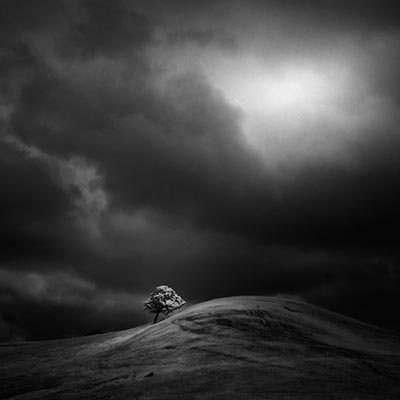 In his spiritual autobiography, St. Augustine, the greatest of the Latin Church Fathers set forth a universal principle in Christian terms: “Our hearts are ever restless until they find their rest in thee.”

Spiritual traditions all over the world have recognized that we human beings have restless hearts. We are not content just to be content. Dogs and whales do not – so far as we know – pine to be something other than what they are. They accept their dogginess or whaleship.

The human animal, on the other hand, is by nature discontent. We want to be somewhere we are not or to become something we are not. In our breasts is a divine discontent that motivates us. We are on a quest. We are pining for salvation, liberation, enlightenment, transformation, regeneration, the Kingdom of Heaven, the Pure Land, Übermenschheit = “superman-hood” – we call it many things. But under whatever name, it is something other and greater than the ordinary everyday round of existence.

The Buddha also spoke of our restless heart in his four Noble Truths. In the first Truth, he called the experience of a restless heart duhkha – sorrow, grief, or frustration. In the second, he identified the cause of that experience – the craving for what we do not have or are not. In the third, he pointed to the rest we seek as nirvana – the blowing out of all restlessness. And in the fourth, he affirmed the existence of a Path to that rest.

Spiritual traditions all over the world have offered roadmaps for the restless heart to find its rest in God, nirvāna, or whatever we may call the end of our seeking. Among the roadmaps for this quest are the Sermon on the Mount, the Bhagavad Gita, the Dhammapada, the Tao Te Ching, the Spiritual Exercises of Ignatius Loyola, and notably The Voice of the Silence.

The Voice of the Silence was published by H. P. Blavatsky in 1889, the last of the books she was to complete at the end of her life, her gift dedicated “to the Few.” It consists of 316 verses, ranging in length from several words to a few sentences. The verses are in three fragmentary extracts from a longer work called The Book of the Golden Precepts, a spiritual guidebook for “mystic students in the East. The knowledge of them is obligatory in that school, the teachings of which are accepted by many Theosophists” (preface).

We now conclude our study of The Voice of the Silence. That statement, like much else about this little book, is a paradox. For there is, in reality, no conclusion to such study. As T. S. Eliot wrote in “Little Gidding”: “. . . to make an end is to make a beginning. / The end is where you start from.”

When we reach what looks like an end, however, we have the opportunity to take an overview of where we have been before continuing our journey. And so here is an overview review of what the three fragments of The Voice of the Silence look like to one traveler at the end point of our study – which is at the same time where we start from. Of course, other travelers will have other overviews. That’s the nature of traveling and viewing.

All three fragments are about the journey a pilgrim makes on the Path of spiritual development. Each of the fragments treats that journey in a somewhat different way, but all three lead up to what lies at the end of the Path – the purpose for treading it.

The first fragment, “The Voice of the Silence,” from which the whole book takes its title, speaks of the Path metaphorically as a passage through three halls: the Hall of Ignorance, the Hall of Learning, and the Hall of Wisdom into the Vale of Bliss beyond them all. It also speaks of hearing the Voice of the Silence in seven manners: as a nightingale, a silver cymbal, an ocean shell, a stringed instrument, a bamboo flute, a trumpet, and a thundercloud. The last is succeeded by silence – the Voice of the Silence. Those seven manners are symbolic of seven aspects of our own nature and thus of seven initiations on the Path or seven stages that lead to the eighth – the end of the journey, the Vale of Bliss that lies beyond the Hall of Wisdom.

The keynote of the first fragment is answering. When the Voice of the Silence speaks, those who hear it have no alternative but to answer. The answer each gives, to be sure, is up to that person. But the Voice cannot be ignored. Having heard it, we must respond. The theme of the first fragment is integrating the personality and the individuality – becoming whole within ourselves. The Voice does not come from outside us, but from the inmost core of our being. It is our higher self speaking to our personality and calling upon us to recognize our true nature. The first fragment raises the question, “Who am I?” and thus focuses upon what in grammar is called the “first person,” the speaker.

The second fragment, “The Two Paths,” talks about a fork in the road, at which we must decide which of two directions we will travel. One direction leads to benefit for ourselves; the other leads to personal self-sacrifice for the welfare of all humanity. The second direction is that of the bodhisattvas, those saintly figures whose essence is wisdom and who have dedicated themselves to the service of all life.

The keynote of the second fragment is choosing. The Path does not end with answering the Voice. That, in one sense, is only the beginning of the real Path. When I have recognized who I am, I have an important decision to make, namely how I relate to you, and what I should do about our relationship. I have to choose between alternatives. What obligation do I have to you as a fellow pilgrim on our mutual quest? Shall I hurry ahead to reach the goal myself? Or shall I tarry to assist you and others on the same journey so that we will all progress toward the goal together? Is traveling the Path a race or a shared pilgrimage? The answer to those questions will involve my concept of your nature, as well as my own, and will require me to make a choice about how I relate to you. And so the second fragment raises the question, “Who are you?” and thereby focuses on grammar’s “second person” – the addressee, the one the speaker is talking to. The theme of the second fragment is integrating our separate identity with other individuals.

The third fragment, “The Seven Portals,” continues the theme of the second fragment in celebrating dedication to the good of all humanity as the highest ideal of life. Its central metaphor is the passage of seven gates or portals, each being opened by a key that is one of the transcendental virtues: charity, harmony, patience, clear-sightedness, courage, contemplation, and wisdom.

The keynote of the third fragment is opening. When we have chosen to become a fellow worker with others in furthering our common journey, we need to prepare ourselves to achieve that end. That preparation requires us to open all the portals of our nature. We do not need to withdraw from life, but rather to become fully, totally involved with it – in the right way and for the right purpose. The third fragment depicts that involvement as a passage through seven doorways, to open each of which we need a key. The theme of the third fragment is integrating the human and the whole, and thereby transforming human nature into something beyond the limitations in which we live our ordinary personal lives. By calling our attention beyond the personal and individual to a total involvement with life, the third fragment raises the question, “What is all that?” It focuses on the grammatical third person, which is neither you nor I, but everything else – the totality around us, the whole in which we live and move and have our being.

The book ends with an ecstatic celebration of what it means – not just to arrive at the end of the Path, where the restless heart finds peace – but, more important, to return from that peace to help others along the way. Or in a different metaphor, to cross to the other shore of life and then come back to this shore. The final words allude to the theme of The Voice of the Silence, for a “wordless voice” speaks. What it says can be lightly paraphrased: “Nature’s Voice of the Silence, in a thousand tones, arises to proclaim: Joy unto you, O people of Earth. A pilgrim has returned back from the other shore. A new saint is born. Peace to all beings.”

The call of this little book is that we should answer the Voice from within, choose the Path we will follow, and open the Portals of our being, so that we can enter through them into the fullness of Life. It needs now only for us to make a beginning, to start out together on this journey, which leads from life to beyond life, and then back again to the life of this world and service by each of us to each other and to all beings.