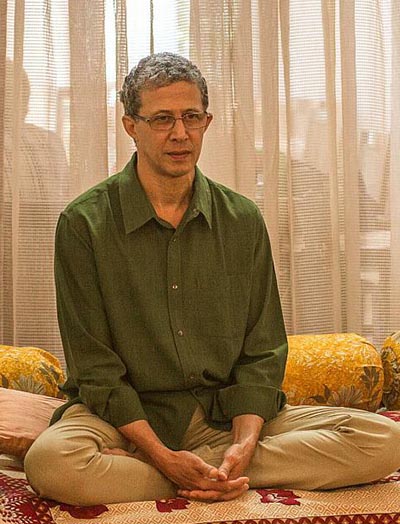 Recently while visiting one of our Theosophical groups one of the members asked me a question. Obviously it was someone who was not in the habit of asking the easy ones. The question was, “What is wisdom?” As sometimes happens, when called upon to speak to a question which is unanswerable an odd thought dropped into my mind. It drew me back over thirty years.

In May of 1980 the world’s media had descended on the state of Washington. For almost two months the eyes of the world had been turning to watch the unfolding events at Mount Saint Helens. In March geologists had detected seismic activity around the volcano. For over one hundred years it had lain dormant. They had also been monitoring a rapid swelling on the mountain's north side, as molten magma from deep beneath the earth’s surface pressed its way upward. Among the scientific community there was a certainty that Mt. St. Helens was on the verge of erupting. All of the media attention, along with word of mouth had turned the area into a tourist Mecca. Curiosity seekers hired planes and helicopters to fly over the volcano. Before the National Guard was called in to seal off the area, people were driving their families to hike up the mountainside and to picnic at its base. A nervous expectancy enveloped the entire scene.

On May 18 at 8:32 am the anticipated eruption took place. Even though it was expected, the magnitude of its destructive force was shocking. I can remember watching the time lapsed photographs of the entire north side of the 9,000 foot high mountain collapsing and being propelled up and out by the blast; photos of the ancient glacier that was melted in a matter of minutes and poured out as steam and mudflows engulfing everything in its path; of the plume of ash going up miles into the atmosphere. I also remember my sense of humility and insignificance in the face of such power.

The toll of the volcano's destruction was quantified, but impossible to fully imagine. Every living thing within a 230 square mile area was killed – every person, every tree, every plant, 11 million animals – everything. Bridges, highways, railroad tracks, buildings, all of the supposedly enduring monuments of human importance disappeared.

A few years after the eruption I was on a plane flying to Seattle. The pilot came on the public address system to announce that we were about to fly near to Mt. St. Helens. I looked out the window and marveled. The first thing that struck me was the barrenness. Everything was gray and dead. It made me think of pictures I had seen of the surface of the moon. The next thing that impressed me deeply was the state of the dense forests that had been standing at the time of the eruption. Every single tree for miles had been blown down by the force of the explosion. Thousands of regal eighty foot pine trees were fanned out on the ground like matchsticks. All of them laying side by side, pointing, like so many compass needles, to the epicenter of the blast. It was awe inspiring.

Ten years after my first flight over the area I was again on a plane heading for Seattle. Again the pilot flew over Mt. St. Helens. Looking down on the land I was amazed at what I saw. What ten years earlier had been lifeless and gray was alive and verdant. Trees were springing up all over. Animals had returned to the area and were flourishing. Vegetation was thriving in the soil that had been fertilized by the mineral rich volcanic ash. The changes that time had brought about and the inseparable link between the earlier total destruction and today's vibrant creation made an impression on me. When the question about wisdom came up, all of these things popped up in my mind.

In Sanskrit the term for wisdom is prajna. The same word is used in Buddhism for one of the six paramitas (perfections). In The Voice of the Silence it is said, “Prajna, the key to which makes of a man a god.” In conventional practice each of the paramitas is regarded as an antidote to some of our limitations. So, the paramita of generosity is an antidote to a mind of lack or limitation; patience is an antidote to anger; meditation is an antidote for mental wandering, etc. Wisdom is said to be the antidote for everything because it addresses the fundamental condition of ignorance – wrong knowing. Simply put, we are wise when we can see things as they are. Wisdom could be called the perception of reality.

In the normal way we use the term we believe that wisdom comes with age, or with experience; or that people with extensive knowledge are wise. So, when in the presence of an old, experienced person with extensive knowledge, we conclude that they must be wise. For many a gray haired professor who rides a Harley Davidson motorcycle would fit the bill. Because we are as yet relatively undeveloped people, our habit is to mistake knowledge for wisdom. To know that the shirt I am wearing is green, is not qualitatively different from knowing that the universe is composed of trillions of stars and is expanding at a certain rate, or knowing the history of H. P. Blavatsky and the writing of The Secret Doctrine. These are facts, small, neutral things that bear no relationship to wisdom. Some of the great tyrants and despots in history have been extremely knowledgeable and superficially cultured people, whose knowledge did nothing to limit their cruelty. In the words of HPB, “It is at the expense of wisdom that intellect generally lives.” The phenomenon of the “educated fool” is far too common. The simple arithmetic is that knowledge does not equal wisdom.

In Buddhism the word which is used as a synonym for wisdom is emptiness. Although the mental process stalls in the absence of things to compare and contrast, the word emptiness at least suggests something about the nature of wisdom. It is best described negatively. It has no qualities, no form, no feeling, no knowledge. It also has no lack of these things. In many ways it is like space, which contains all things, defines all things, but cannot be identified by any or all of it. In Krishna's words, “Having pervaded this universe with a fragment of myself, I remain.”

One of my favorite sections of the Bhagavad Gita is Chapter 11 where Arjuna asks for Krishna to reveal himself in his true form. Prior to this moment in the story, Arjuna had regarded Krishna as his friend and charioteer. Certainly he was aware that Krishna was special. As the conversation that forms the basis of the Gita unfolds, he becomes convinced of Krishna's divinity, but the full measure of what that might mean is unknown to him.

When Krishna allows Arjuna to see his “universal form” it causes Arjuna's mind to reel. He sees the entire universe within his body. Krishna has numberless faces seeing in all directions; countless mouths devouring the living and “licking up all the worlds.” All of the gods and great beings are within his form. He sees Krishna's radiance “burning the entire universe.” The vision of this divine form embracing creation, destruction, and maintenance of the universe is more than Arjuna can handle. So much so that he pleads with Krishna to return to a more familiar, less dreadful and expansive form. Reality is hard to take.

The point is made that even though, by its very nature, we cannot grasp wisdom or conceptualize it, we can and do experience it. In the poet's words, it is “closer...than breathing, nearer than hands and feet.” In the Voice of the Silence wisdom is described as “the flame of Prajna that radiates from Atman” – the highest, or most inward reaches of ourselves, universal and impersonal.

In the Bible in Chapters 8 and 9 of the Wisdom of Solomon, a most beautiful and esoteric description of wisdom and the process of acquiring it is given. For Solomon wisdom is feminine. She is described as a woman who “mightily reaches from one end [of the universe] to another and sweetly orders all things”. Solomon sought wisdom above all else and “perceived that I could not obtain her, except God (Atman) gave her to me: and that the point of wisdom is also to know whose gift she was: I prayed to the Lord and sought Him...with my whole heart.” Then he prays, “Send her out of your holy heavens, and from the throne of your glory, that being present she may labor with me, that I may know what is pleasing to you.” Rightly understood, this is powerful.

Rays of light are constantly streaming from the sun. The only thing that prevents them from falling on us are the obstacles that stand in between – the clouds in the sky, or the walls that surround us. Remove those and in the words of the “born again” of whatever faith, our experience will be “I see the light.” The point of any spiritual path is to recognize and transcend those clouds of emotion and thought that wall us off from the beauty, gratitude, joy, peace, clarity, compassion, etc. that come with the experience of oneness that we name wisdom. As much as I travel in airplanes these days I am still impressed every time the plane takes off on a cloudy or rainy day; how it rises in darkness, enters the blindness of the cloud layer, then comes out the other side to the full shining of the sun. It is not that emotion ceases, or thought disappears. They are simply seen for what they are, our own internal weather.

Our fleeting encounters with wisdom are marked by a sense of harmony and power, and often catch us unaware. Those rare moments when gazing on the magnificence of a setting sun, or lost in wonder at the spontaneous joy of children at play, our fascination with ourselves momentarily slips away. At these times the walls of worry and thought that we carry with us briefly fall away. When the moment passes we look back and notice that we were peaceful, worry free. For that moment the cares and problems in the world had not gone away, but were subsumed in a larger vision. For the truly wise there are no boundaries, no differences, no ordinary moments. Whether poor or rich, sick or healthy, in the midst of destruction or ecstatic creation, they see something more. In Sir Edwin Arnold's poetic rendition of the Gita the vision of the wise is shown. “Never the spirit was born; the spirit shall cease to be never; Never was time it was not; End and Beginning are dreams! Birthless and deathless and changeless remaineth the spirit for ever; Death hath not touched it at all”.

May we all grow in wisdom.

[This article was previously published in Quest magazine, Viewpoint, winter 2013.]