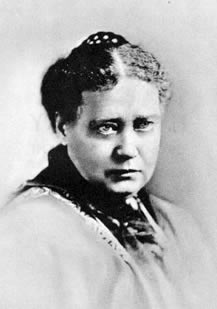 It is really amazing what Madame Blavatsky accomplished in just 4 years.

Yet in these 48 months she accomplished so much.

She came to England with her three feet high manuscript of The Secret Doctrine to live with a very small group of students (the two Keightleys and others.)

These students became her first helpers and co-workers in England. 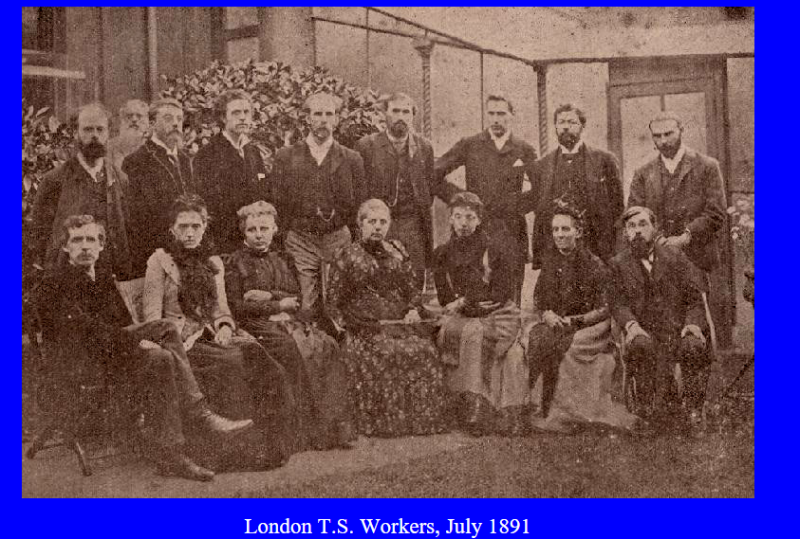 HPB was like a magnet and as the months rolled by she attracted more and more people .......potential students and helpers. Some of course fell by the wayside but in these 48 months she was able to attract around her a devoted and dedicated group of people who then tried to carry on her work after she died.

With the help of all these people (many of them in the London 1891 photo above) she was able to not only finish the first two volumes of THE SECRET DOCTRINE, but was able to found LUCIFER and write scores of articles for this magazine.

Plus HPB gave the world THE KEY TO THEOSOPHY, THE VOICE OF THE SILENCE, 2 volumes of the TRANSACTIONS, her 3 ESOTERIC INSTRUCTIONS as well as the 4th E.S. Instruction which was being typeset by James Pryse in early April 1891.

Plus she worked on the 3rd volume of THE SECRET DOCTRINE, THE THEOSOPHICAL GLOSSARY and THE TREATISE ON ARCHAIC SYMBOLISM.

Plus she left in manuscript the rest of her SECRET DOCTRINE DIALOGUES OR COMMENTARIES....hundreds of pages!!

Plus she gave us some 60 pages of esoteric teachings as found in the INNER GROUP TEACHINGS manuscript.

In these 48 months she carried out the mandate of her Teacher given to her in January 1887 when she was still in Ostende, Belgium.

Here is the mission given to HPB by Master Morya:

"After a long conversation with Master....either I have to return to India to die this autumn or I have to form ....a nucleus of true theosophists, a school of my own.....with as many mystics as I can get to teach them....."

Well, we know she certainly chose not to die but to live and be sick and struggle and work and write and teach to fulfill this mission.

So Madame Blavatsky went to England in May 1887 and with the small group of theosophists who wanted her to come there, she transformed this nucleus into the BLAVATSKY LODGE and then later created THE ESOTERIC SCHOOL with members in England, America, Europe, India and Australia as well as later forming in London THE INNER GROUP.