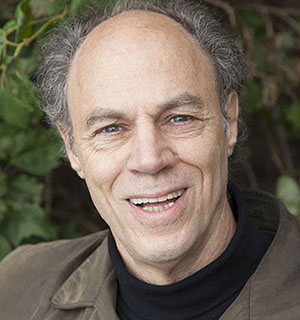 It has been said that “Philosophies do nothing, only people do”. Yet that may not be quite true if we take into consideration the statement attributed to Plato that “Ideas rule the world.” So putting ideas out there is actually doing something. This was the work of H.P.B. She once said she was plagued to writing. And what a plague it was. Not since Plato had anyone brought forth a comprehensive expression of what we often call “The Ancient Wisdom Tradition” or “The Perennial Philosophy” that takes into consideration the Spiritual, Psychic (or intellectual) and the physical sides of life as well as science, philosophy and religion and shows how they are “interwoven and inter-blended at every point”.Where does this knowledge come from? H. P. B says from an unbroken lineage of great teachers of mankind. They have always been on the scene. She refers to them as the Theosophical Adepts and that she was commissioned, so to speak, to re-present the core principles and teachings into this transitional age.

Theosophy proposes that there is a purpose to life and that all sentient beings visible and invisible are an expression of this purpose as it unfolds like a flower through a triple evolutionary scheme, spiritual, psychic and physical, the spiritual giving impulse to the psychic and physical. It further teaches that all is life, that there is no dead or blind matter that life is directed from within outward. Every outer action has an intelligent inner impulse that consciousness at some level is always at work. And that reincarnation and karma provide the field and means for this ongoing dance to take place.

The core principles of Theosophy, if absorbed and understood, lead one to the realization that knowledge is responsibility. When this happens a kind of alchemical process or transformation takes place within where the question naturally arises, “how can I best act within my circumstances on behalf of the whole?” In relation to the blatant problems that confront society right now how can I act in a way that becomes part of the solution and not the problem? In practical terms am I living a life that will allow the earth to continue as a habitable vehicle for human life and evolution? What is my responsibility in light of the huge human displacement going on at present? What can I do in some small way to counter the absolutely destructive tendencies being played out in various countries through the distribution of weapons and destroying the lives of innocent people that just want to live a life in peace, raising their families and pursuing their dreams. From the karmic standpoint, within the cause lies the eventual outcome.

In her article On Pseudo-TheosophyH.P.B writes:

“Is it not enough to bear the burden of the knowledge that from birth to death, the least, the most unimportant, unit of the human family exercises an influence over, and receives in his turn, as unconsciously as he breathes, that of every other unit whom he approaches, or who comes in contact with him? Each of us either adds to or diminishes the sum total of human happiness and human misery, “not only of the present, but of every subsequent age of humanity”, as shown so ably by Elihu Burritt, who says:

‘There is no sequestered spot in the Universe, no dark niche along the disc of non-existence, from which he (man) can retreat from his relations to others, where he can withdraw the influence of his existence upon the moral destiny of the world; everywhere his presence or absence will be felt - everywhere he will have companions who will be better or worse for his influence.’”

This cannot help but weigh on students of Theosophy who have an understanding of the workings of reincarnation and karma. In terms of disseminating ideas H.P.B. says in her article The Tidal Wave, that we should work to present theosophical ideas to the public, but not only, we must find a way to touch and open the human heart. She says,

“Whether Theosophists, in the present or future, will ever work out a practical application of the suggestion is doubtful. To write novels with a moral sense in them deep enough to stir society, requires a great literary talent and a born Theosophist as was Dostoevsky––…..Yet, even in the absence of such great gifts one may do good in a smaller and humbler way by taking note and exposing in impersonal narratives the crying vices and evils of the day, by word and deed, by publications and practical example.”

Each of us in our own quiet hour must determine when we must act in behalf of a particular cause in the world, when our conscience demands that we do something to ameliorate a particular suffering or stand up for a blatant injustice affecting others or against destructive actions affecting the environment and thus future generations. We are reminded of the true story when Ralph Waldo Emerson the American transcendentalist visited Thoreau in the local jail.

Henry David Thoreau was jailed for not paying his poll tax. He did this out of conscience. He did not want his taxes in any way supporting the deplorable institution of slavery. The story goes that when Emerson went to visit him in the jail and asked Thoreau, “what are you doing in here?” Thoreau’s response was “the question is what you are doing out there?”