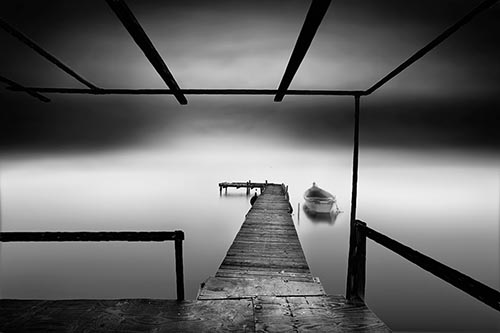 The final verses of the book present a summary of what TheVoice of the Silence has been saying about the Two Paths and the Seven Portals — and the choice, the inescapable choice, that is each of ours to make. That choice is a question of what we value in life and of what we will dedicate our lives to. The last six verses evoke a sense of admiration at the achievement of a return from “the other shore” by one of us, of joy at the benefits that achievement will bring to all of us, and of wonder at the magnificent mystery of a new birth. The very last verse is a conventional ending for works of this sort. But is it just conventional? In fact, the four words of the last verse are the theme of the whole book.

[303] Withal what mean the sacred scrolls which make thee say:

[304] “Om! I believe it is not all the Arhats that get of the Nirvānic Path the sweet fruition.”

[305] “Om! I believe that the Nirvāna-Dharma is entered not by all the Buddhas.”* HPB notes: *Thegpa Chenpoido, Mahāyāna Sutra, “Invocations to the Buddhas of Confessions,” Part 1, iv. Gloss 32. In the Northern Buddhist phraseology all the great Arhats, Adepts and Saints are called Buddhas.

[306] “Yea, on the Ārya Path thou art no more Srotāpatti, thou art a Bodhisattva. The stream is crossed. ‘Tis true thou hast a right to Dharmakāya vesture; but Sambhogakāya is greater than a Nirvāni, and greater still is a Nirmānakāya — the Buddha of Compassion.”

[307] Now bend thy head and listen well, O Bodhisattva — Compassion speaks and saith: “Can there be bliss when all that lives must suffer? Shalt thou be saved and hear the whole world cry?”

[309] Thou shalt attain the seventh step and cross the gate of final knowledge but only to wed woe — if thou wouldst be Thatāgata, follow upon thy predecessor’s steps, remain unselfish till the endless end.

[311] Behold, the mellow light that floods the eastern sky. In signs of praise both heaven and earth unite. And from the fourfold manifested Powers a chant of love ariseth, both from the flaming fire and flowing water, and from sweet-smelling earth and rushing wind.

[312] Hark! . . . from the deep unfathomable vortex of that golden light in which the Victor bathes, all Nature’s wordless voice in thousand tones ariseth to proclaim:

[314] A Pilgrim hath returned back “from the other shore.”

Verses 303-305 quote and question the meaning of a passage from one of the Northern Buddhist scriptures, which HPB identifies: HPB note: *Thegpa Chenpoido, Mahāyāna Sutra, “Invocations to the Buddhas of Confessions,” Part 1, iv. This quoted passage comments on the future of arhats and buddhas, the latter term referring, as HPB explains, to anyone who has achieved the purpose of human life on earth.

The quoted passage says that not all of those who have achieved the purpose of earthly life for our species pass out of it into nirvāna, which is the next field of experience. Some remain in the world as bodhisattvas. The term bodhisattva has several meanings. In Southern Buddhism, it may refer to someone who is on the way to becoming a buddha, but has not yet achieved that status — a buddha in training. In Northern Buddhism, it refers to someone who has completed the path to buddhahood, but who has chosen to remain active in the world in order to help others on that same path. And for that reason, a bodhisattva may be held in higher regard than a buddha; they are often called “Buddhas of Compassion,” as in verse 306. HPB comments on this distinction: Gloss 33. A Bodhisattva is, in the hierarchy, less than a “perfect Buddha.” In the exoteric parlance these two are very much confused. Yet the innate and right popular perception, owing to their self-sacrifice, has placed a Bodhisattva higher in its reverence than a Buddha.

Verse 306 includes a reference to the three “vestures” (kāya means “sheath or body”), which have been treated earlier in The Voice of the Silence, but are discussed in the longest and most detailed of the glosses HPB wrote for the book: Gloss 34. This same popular reverence calls “Buddhas of Compassion” those Bodhisattvas who, having reached the rank of an Arhat (i.e., have completed the fourth orseventh Path [fourth in the Yogic tradition or seventh in The Voice]), refuse to pass into the Nirvānic state or “don the Dharmakāya robe and cross to the other shore,” as it would then become beyond their power to assist men even so little as Karma permits. They prefer to remain invisibly (in spirit, so to speak) in the world, and contribute toward man’s salvation by influencing them to follow the Good Law, i.e., lead them on the Path of Righteousness. It is part of the exoteric Northern Buddhism to honor all such great characters as saints, and to offer even prayers to them, as the Greeks and Catholics do to their saints and patrons; on the other hand, the esoteric teachings countenance no such thing. There is a great difference between the two teachings. The exoteric layman hardly knows the real meaning of the word Nirmānakāya — hence the confusion and inadequate explanations of the Orientalists. For example, Schlagintweit believes that Nirmānakāya means the physical form assumed by the Buddhas when they incarnate on earth — “the least sublime of their earthly encumbrances” (vide Buddhism in Tibet) — and he proceeds to give an entirely false view on the subject.

The real teaching, however, is that the three Buddhic bodies or forms are styled: (1) Nirmānakāya, (2) Sambhogakāya, and (3) Dharmakāya. The first is that ethereal form which one would assume when, leaving his physical, he would appear in his astral body — having in addition all the knowledge of an Adept. The Bodhisattva develops it in himself as he proceeds on the Path. Having reached the goal and refused its fruition, he remains on earth, as an Adept; and when he dies, instead of going into Nirvāna, he remains in that glorious body he has woven for himself, invisible to uninitiated mankind, to watch over and protect it.

Sambhogakāya is the same, but with the additional luster of “three perfections,” one of which is entire obliteration of all earthly concerns. The Dharmakāya body is that of a complete Buddha, i.e., no body at all, but an ideal breath: consciousness merged in the Universal Consciousness, or Soul devoid of every attribute. Once a Dharmakāya, an Adept or Buddha leaves behind every possible relation with, or thought for, this earth. Thus, to be enabled to help humanity, an Adept who has won the right to Nirvāna, “renounces the Dharmakāya body” in mystic parlance; keeps, of the Sambhogakāya, only the great and complete knowledge, and remains in his Nirmānakāya body. The esoteric school teaches that Gautama Buddha with several of his Arhats is such a Nirmānakāya, higher than whom, on account of the great renunciation and sacrifice to mankind, there is none known.

Those explanations can be related to the interpretation that HPB gives. The nirmānakāya is indeed the physical body of historical buddhas, but not the dense physical. It is rather composed of a subtler form of physical matter, an ethereal form, sometimes called the “etheric body,” in which the bodhisattva continues to live after passing beyond the necessity of having a dense form. The sambhogakāya is a body of more rarefied matter with “entire obliteration of all earthly concerns,” that is, not physical matter at all. This body is formed for certain specific purposes. The dharmakāya is “no body at all,” for it is a state of existence unhampered by bodily form. One who dons the dharmakāya vesture is (in the term of verse 306) a “nirvāni” or dweller in nirvāna.

Verses 307-310 review the process of choice by which the aspirant decides not to give up bodily form and enter nirvāna, but instead to stay within the world as a nirmānakāya, helping in the evolution of others.

The final verses of the book, 311-316, celebrate the decision of an aspirant who has passed the seventh gate to become a nirmānakāya and join the ranks of the servers of humanity and the world. It is an ode of joy to all human beings — the denizens of “Myalba,” which HPB explains: Gloss 35. Myalba is our earth — pertinently called “Hell,” and the greatest of all hells, by the esoteric school. The esoteric doctrine knows of no hell or place of punishment other than on a man-bearing planet or earth. Avitchi is a state and not a locality.

She might perhaps just as well have said that Myalba or earth could also be called “Heaven,” since both heaven and hell are states of mind, and not localities.

The joy in these final verses is at the return of a pilgrim from “the other shore,” from Nirvāna to the world of Myalba, in which we dwell, and at the birth of a new arhan: Gloss 36. Meaning that a new and additional savior of mankind is born, who will lead men to final Nirvāna, i.e., after the end of the life-cycle.

According to an old Chinese proverb, which the American statesman Adlai Stevenson used in praise of the life and works of Eleanor Roosevelt, it is better to light a candle than to curse the darkness. We are in a land of darkness, but there are a few who light their candles so that the rest of us can find our way. When a new candle-lighter comes into the world, it is a cause for rejoicing. And so The Voice of the Silence ends: Peace to all beings. Gloss 120. This is one of the variations of the formula that invariably follows every treatise, invocation or Instruction — “Peace to all beings,” “Blessings on all that Lives,” etc.

After that, there can only be the silence that passes understanding.

To be continued (final)