Theosophy in the World Today 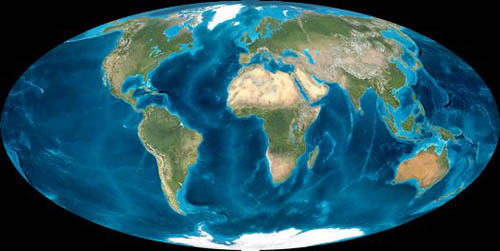 Theosophy is not new to the world. Some say there have always been those amongst us seeking the divine wisdom or theosophia. However history shows that the term Theosophy was used as far back as the third century by Ammonius Saccas and Plotinus who founded the Alexandrian school of Neoplatonism. The modern-day Theosophical Society was founded in 1875. Its declared three objects are:

1. To form a nucleus of the universal brotherhood of humanity without distinction of race, creed, sex, caste, or colour.

2. To encourage the study of comparative religion, philosophy and science.

3. To investigate unexplained laws of nature and the powers latent in humanity.

The Society presents for consideration ideas, distilled from the study and experience gained from exploring these objects over the last 140 years. Some of these ideas came from the founders of today’s Theosophical Society, while others are based on a study of the Sacred Texts of the world, from modern science and philosophy. The Theosophical Society does not require its members to accept all or indeed any Theosophical teachings. The motto of the Society is “There is no religion higher than Truth.” The term “religion” in that motto refers not only to churches, but to any system of belief or ideas – including the Society’s own statements on Theosophy.

Most Theosophical members agree generally on the basic ideas and ideals of Theosophy, but they are free to reject any of them and to interpret all of them according to their own worldviews. Yet the Society does offer a view of life that is remarkable for its comprehensiveness, coherence and timelessness, a contemporary formulation of an ancient Wisdom Tradition that is the basis for a satisfying, productive life that enables those who follow it to discover their own inner nature and to contribute to the welfare of the world.

Although this Wisdom has been offered throughout the ages under various names and in many languages, its essence is fundamentally the same, however much its outer aspects and manner of presentation may vary. It especially points to the reality of an underlying unity and brotherhood and the imperative necessity of practising it; but it also gives insight into the unexplained around us and helps the development of our latent powers; it is the inner harmony of religion, philosophy, art and science.

The Philosophy of the Theosophical Society

The Society not only promotes an underlying unity of life but also fosters religious and racial understanding by encouraging the study of religion, philosophy and science and enquiry into the spiritual aspect of life. The Society stands for a complete freedom of individual search and belief while promoting a willingness to examine any concept and belief with an open mind, and respect for other people’s understanding.

In the modern Theosophical movement the word ‘Theosophy’ has been used with different meanings:

These two usages refer to a body of teachings transmitted by different sages, in different parts of the world and at different times.

It is important to note that the intellectual study and daily practice of Theosophy is only a means to reach the real theosophia or inner enlightenment. As we become more mindful of this, we open the door to a flash of insight that comes from the part of us that is Divine. The process of becoming more and more receptive to these theosophical insights is the spiritual path or journey.

Modern Theosophy postulates that the field of existence embraces more than this material world and the passing reality we perceive through our senses. In fact, a lack of knowledge about higher aspects of reality makes us see things from an incorrect perspective, which is the root cause of suffering. We can gain knowledge of the Real, both in the universe and in human beings, by means of a holistic spiritual practice that includes study, meditation and service.

The Theosophical Society does not ask its members to adhere to the basic ideas that the Theosophical literature offers for consideration or any ideas in particular. Members are only expected to be in agreement with the Three Objects of our organisation. Here are some basic ideas of Theosophy:

“Theosophy is the shoreless ocean of universal truth, love and wisdom reflecting its radiance upon earth... The Theosophical Society was formed to show mankind that it exists.”

To be sure, this “shoreless ocean” is not the exclusive possession of the Theosophical Society; it exists everywhere and has always been available to the fearlessly questing mind. Some of the central concepts of this universal truth have, however, been formulated more specifically in the literature of Theosophy, and their totality is coherently set forth in Theosophy, which has a special relevance to our times.

Blavatsky has also been reported as saying that the study of the great universal principles of Theosophy requires a special kind of mental effort that involves “the carving out of new brain paths.” It is not always easy for us, with our conditioned minds, to submit to so rigorous an undertaking, but once we have overcome our reluctance and inertia, we may find it the most exciting adventure of our lives.

[This article appeared in the December 2015 issue of TheoSophia, the official magazine of the TS in New Zealand.]