[The magazine Vidya http://www.theosophysb.org/site/publications.html , edited by associates of the United Lodge of Theosophists in Santa Barbara, USA, published the following article in its winter/spring 2015 issue; here slightly revised version] 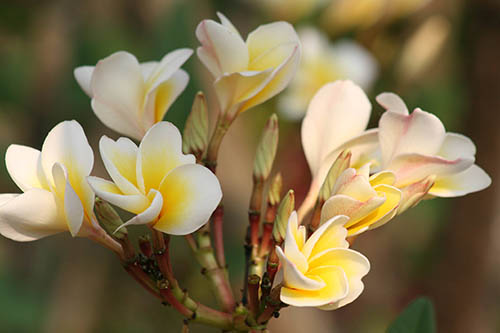 Theosophists honour teachers such as H.P. Blavatsky, William Q. Judge and Robert Crosbie on the anniversary of their death more than on their birthdays. Buddhists honour the Paranirvana of the Buddha when he passed into a state of liberation from worldly life. Christians celebrate the death and resurrection of a Jew named Jesus. Why this focus? Is it a greater sacrifice to die than to live or to live rather than die? Generalizations cannot be made about the timetables of teachers, nor anyone else. A Christian view is that it was necessary for Jesus to die in order to teach in a dramatic, public way that he would voluntarily atone for the sins of others including those who precipitated the events leading to his crucifixion and thereby offer redemption to all humanity. Another perspective is that he accepted a death that he had done nothing to deserve so as to teach people about injustice and expose the priests who egged on a mass of people to kill the source of a true spiritual teaching. Thus his death becomes a moving story of self-sacrifice and helps explain how a teacher with twelve disciples gave a message that has converted millions to the Christian faith. Yes, there were stories about his miraculous birth, but such a birth was attributed to other spiritual teachers such as the Buddha. Yes, he may have been born in poverty and understood the deprivations of life experienced by so many. Yes, he persisted in speaking out with a message of spiritual salvation despite vilification, persecution and betrayal. But his calm acceptance of an unjust death and forgiveness for “those who know not what they do” demonstrated with courage the reality of transcendence and transformation through spiritual consciousness. “Christ is Risen” used frequently by followers of the Eastern Orthodox traditions is a fulfilment of a chosen material death. Extraordinary is such a choice.

The Buddha lived a long life and passed away peacefully despite the poison that precipitated his death. For fifty years he experienced vilification, misunderstanding and persecution by others, particularly by the Hindu priests who opposed his offering of ancient spiritual teaching to all humanity regardless of caste. He rejected "the last temptation" to withdraw from public exposure and go live quietly with a memory of his own attainment of Nirvana. Instead, he persisted in helping and teaching others, thereby exemplifying the fulfilment of a life lived with purity and compassion. Thus the physical death of this larger than life teacher points to the possibilities of freedom from fear, from attachments and of liberation. Physical death is not to feared but seen as part of a much larger cycle of reincarnation for the sake of more learning and service. The Buddha's last words to his disciples were, “Be ye lamps unto your selves. Seek out your own salvation with diligence.” In other words fear not, don't rely on others offering authority over your thoughts and actions. Rely on yourself to grow towards perfection of all your potencies. Life is meaningful as a preparation for death.

H. P. Blavatsky said that anyone who comes forth as a spiritual teacher is going to suffer a moral death. This profound but puzzling statement suggests that those who come to teach a message of truth and liberation will encounter ceaseless confrontation with those who oppose the ideals and practice of morality. The teacher and the teaching will be shrouded with false and pernicious accusations that create an environment of psychological and social evil. The deaths of H.P.B, W.Q. Judge and Robert Crosbie were not spectacular. They bore much physical pain. But those who knew them and those who have studied their life and teaching can recognise the enormous contribution each made to the Theosophical Movement. Most importantly, despite the problems, each kept alive and strong a line of meditation that shaped their goals and energized their wills. By the end of their lives a rounded and full picture of their purposes and accomplishments is apparent. As souls, as servants of the Masters of Wisdom, they did not die morally despite the enormity of their sacrifice. They implanted in hostile and materialistic civilizations a powerful current of Theosophy. This is why their death anniversary should be honoured and learned from. Life and death reflect a continuity of right effort.