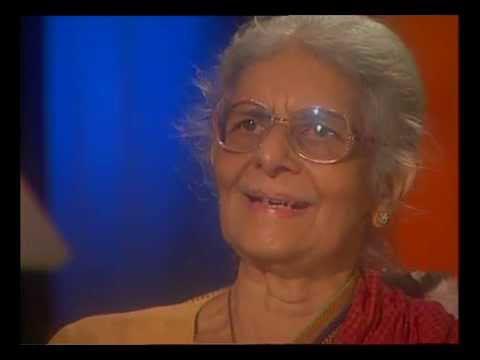 From a certain point of view, it is difficult to say what the T.S. is. Theosophy is a wisdom which is not possible to define, and which is the source of inspiration. The openness of the Society is at the same time its weakness and its strength. It is remarkable that after a hundred years of existence the T.S. is still alive and functioning. Could you comment on this?

CB: The openness of the T.S. is in a way a weakness, because when people come there is nothing very definite to tell them. But in fact it is a strength, because we can meet people and discuss what is of interest to them. We should listen carefully to others to find out what are their questions, their problems, and not immediately come up with this or that teaching. Something we have integrated into our own lives, which is part of our deeper understanding, is what can appeal to the person we listen to. This openness must be maintained and we must give people what is part of our own life, in our own hearts.

RB: The T.S. is a worldwide, non-sectarian brotherhood of people who are earnestly seeking the way for all humanity to reach a truly happy state. The elements of many different things are involved in finding that way. A philosophical perspective is necessary which theosophical literature presents. A way of life that is essentially religious is also important. The T.S. is not a religious Society. HPB said theosophy is not a religion but it is religion per se, it is the wisdom religion. We realize that with the present limitations in our perception, we cannot find the way to true well-being. We have to cleanse our minds and shatter our limitations. In this religious element are included what is called culture and education. Educating oneself about life, cultivating all the faculties, including intuition, bringing out what is deeply hidden within ourselves, and developing awareness - all this is part of the religious life. .

There is also a scientific element in the T.5., because our view of the universe is not irrational. We recognize there are depths which transcend the rational, but we do not despise the rational. The rational mind has its own role in understanding. One must learn to examine everything without pre-conclusions, for only such a mind is fit for spiritual investigation. The T.S. is also philanthropical in a large sense of the term.

A balance between all these elements gives the T.S. its character. If only one element were stressed, the T.S. would not be itself. It is not meant to be a philosophical society. It is not a religion with a church, priests, or ceremonies. It is not a scientific body, for it cannot limit itself to the field which science has chosen as its province. It is not a philanthropical body in the narrow sense, practising outer charity. It is not a psychical research society. The special characteristic of the T.S. stems from a recognition that the human being is a complex entity who functions at different levels: the physical, emotional, mental, intellectual/ moral, and spiritual. The whole human being must be understood in order to bring about regeneration. We must not confine ourselves only to man's physical well-being, or to advancement in the intellectual area.

The rather subtle character of the Society, is also in a way a problem. If it had a more easily definable character, it would be easy to understand and explain what the Society is. Because it has a rather complex and comprehensive work, it is more difficult to help people to understand what its work is.

T.S. membership is very open. Practically anybody can fill an application form, subscribe to the objects, pay a very small amount, and become a member. Often a new member does not understand what he is entering, has only some vague ideas. If there are many members with vague ideas, the lodge itself becomes vague. Sometimes new members have definite ideas, but they are different from what the Society stands for. When people with definite and contradictory ideas join a lodge it creates problems; because they want to convert the lodge into a body that suits them. However, there may be an advantage in not closing the door even to people who have only a superficial interest in the real objects of the Society. HPB said that it creates a karmic link; something moved them to find out what the Society is, and that impulse may influence them later on. A large number of members float in and then drop out. Perhaps it does not matter; they are touched in some way. In this sense the Society is open.

There is the other kind of openness. We do not try to impose any dogmas or tenets on members. We believe in enquiry, in finding the way to experience of truth. There is an apparent weakness in this approach, but actually it gives strength. This is why the T.S. has survived so long in spite of crisis after crisis. It is meant to go on as long as it maintains its essential character. Its openness gives it moral and spiritual strength. It would be easier to say: this is Theosophy; accept it, and being a good student who has learnt his lesson, repeat it to others. But that is not our way.

Another point is important. As you know, there is no authority in the Society. The structure of the Society is democratic. The President does not have the constitutional power to tell the sections what they should do. Both they and the lodges are autonomous; they have their own rules, and managing bodies. Nobody from “above” interferes, nor does one section tell another what it should do. They are all independent, but they are not autonomous in the sense of having the freedom to change their character. Every lodge is a representative of the Society in its own place and it must continue to be so. A lodge is not free to convert itself into a Hebrew temple or a Sai Baba shrine. As long as it maintains the character of the Society it has freedom to function as it wants, to elect its own officers, and so on.

It would be easier not to have a democratic structure, to have no membership, no properties, no elections, no officers. This is the way some other Theosophical societies are organized. There is a central committee which arranges meetings, owns the properties, etc. People come to meetings, use the library, but they have no rights, no responsibilities and no problems.

In our T.S. we give responsibility to every unit, and member. It is important to learn, to take responsibility, to cooperate, without being ambitious or greedy. That is an education in itself. We must learn to work together. There is both weakness and strength in our Society. It is truly remarkable that it has so far not collapsed. What holds the society together? As we said, the international president and officers have no direct power. Each section is separate, yet we have all had a feeling of togetherness for more than a hundred years. It is not the organization which has created this feeling. It is some living quality, which we sense.

We have 846 guests and no members online