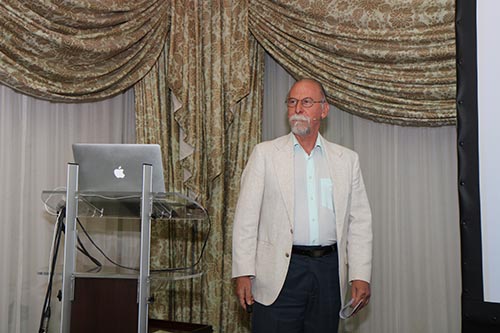 During the 19th century, two Buddhist masters in Tibet – Jamyang Khyentse Wangpo (1820-1892), and Jamgön Kongtrül Lodro Taye (1813-1899)– witnessing that the various ways to transmit the Buddha’s message by the main schools of Tibetan Buddhism was plagued with dissensions and sterile quarrels, and that some important teachings of the traditions were almost extinct, they decided to launch a movement to re-unify the various streams of Tibetan Buddhism. It is called the Ri-Me movement, which aim was and still is to filter out the core message of the Buddha from the historical traditions (Sakya, Kagyu, Nyingma). And it was quite a challenge, based on the deepness and complexity of the subject. But it succeeded, and this tradition is well alive today, bringing a fresh, non-sectarian vision of the Tibetan Buddhism Tradition.

ITC may be on a similar track, and the gatherings held over the past two years were like foundation stones for such an approach. In 2014, the Naarden gathering was like a big cauldron where the various streams of Theosophy were plunged into and stirred, and from which a new species of Theosophical approach started to emerge. It was embodied in the Naarden Declaration. The magic of this outcome is the fact that it surfaced naturally – after three days of hard work – and it was genuinely lacking of any partisan tension. It was a confirmation that provided we wipe away the dust on the ground, golden treasures can reappear. A major step was achieved during these days, new grounds full of hope emerged at a time where Theosophical teachings are so badly needed in our world. The strength of it came from the fact that it was framed as a personal engagement: “We commit ourselves through learning, training and cross-pollination to popularize and keep the teachings alive for future generations.”

In 2015, ITC gathering landed in The Hague, an historical place incarnating Justice at the International level and a renowned cultural heritage. After Naarden, it was time calling for action. Intellect and heart have built a Declaration. Now it needed to be to put it into motion. It was one of the objectives of the The Hague Conference: To exchange ideas and best practices on how to present Theosophy in an accessible and inspiring way. Working together requires a common understanding of each other, and The Hague provided a great opportunity for each Theosophical stream to explain their particular approach, history, and starting points. It was fruitful to discover how Theosophical teachings are implemented throughout the world by the various organized streams. As in Naarden, the richness of informal exchanges was great, allowing the creation of a necessary network to go further on. There was a real sense of a “Family gathering” there, without any “Godfather” who could hamper free speech.

The last part of the gatherings – the World Café - was dedicated to the preparation of the future, a concrete future, facing real life issues like Religious Sectarian Violence with Theosophical solutions. That will be the real challenge ahead of us and yet another step on path of spiritual collaboration.

We have 402 guests and no members online