The Problem with Spirituality

[This article was previously publish in Quest magazine, Viewpoint, winter 2011.] 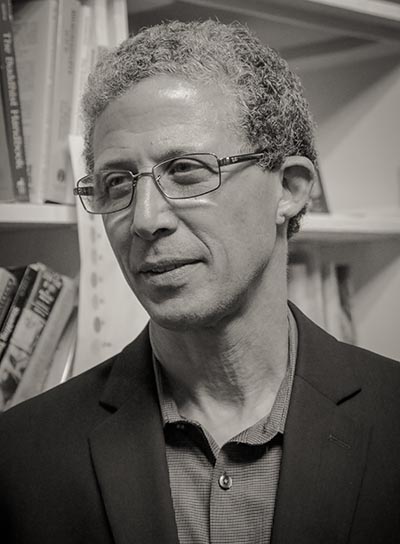 Recently a group of us at the Olcott center got together to plan an eight week program on “The Essentials of Spiritual Practice”. The idea was that during the course of those eight weeks we would address the elements of a holistic and effective practice, making the necessary links between practice and the principles that stand behind and support it. Our thinking was that regardless of whether someone had been practicing for years, or was just beginning, they would leave feeling empowered to more deeply pursue their chosen path. In the process of talking it through it became clear that some effort at defining our terms was required.

In contemporary culture we find the word “spiritual” popping up with increasing frequency. In questions about religious matters it has become common for people to say “I am spiritual, but not religious” as a way of identifying their approach to the divine. More and more we hear people referring to their “spiritual practice”. Spiritual leaders also seem to abound. And we now find ourselves exposed to Buddhist, Hindu, Kabalah, Gnostic, Native American, Druid, Mayan, and a host of other forms of spirituality. All of these currents of things spiritual can easily get muddled. It's enough to confuse a person.

Although we get a sense that spirituality is about something like religion, for most people the meaning of the word is unclear. The normal view is that spiritual things are otherworldly, removed from what is regarded as the “real world”. If we were to look in the dictionary, the various definitions might not be a great help to us. In the dictionary that which is spiritual is defined as “incorporeal”, “affecting the soul of man”, “pertaining to God”, “sacred or religious”, etc. While all of this gives some shades of meaning, it does not give us much to work with in terms of defining our own approach to spirit. One useful hint is found in the word's etymology. The root for the word spirit is the Latin word for breath. In the Bible God “breathed the breath of life” into Adam. In Hinduism universes are breathed out, and breathed in.

A few years ago I had become a little frustrated with the slide in meaning for the term. I had the sense that it was being overused to the point that it was becoming meaningless, a mere buzzword. I thought I was joking when I predicted that at this rate, soon “spiritual” would become a marketing term. There would be spiritual clothing, spiritual gym shoes, spiritual spas, and dances. A few months later I found myself driving through a neighborhood that I had not visited for a while. As I turned a corner I looked up at the sign for a local business and there it was - “Spiritual Boutique”.

So what do I mean by spiritual? Let me begin with an example. In the human body there are an estimated 75 – 100 trillion cells. It is an astounding number which is beyond our comprehension. It is a number larger than the number of galaxies in the universe, and even greater than the US national debt. The cell is the basic building block of all living organisms. From the perspective of biology it is the smallest living thing. Although clearly we think of these cells as being a part of that greater something we each call “me”, to the individual cell that me is irrelevant. Each of these 100 trillion cells that make up our bodies has needs and activities of its own. The cell needs nutrition. It is looking to reproduce. It seeks an environment that will be hospitable to its growth. Whether I have a good day at work, or enjoy the movie I am watching, or am mad at my daughter is of little consequence to the cell.

If we were to imagine that somehow one of these cells began to sense that it was a part of something greater, and it felt an urgency to connect with, or more consciously participate in that greater something, that would be a cell with a dawning spiritual awareness. If the cell began to inquire into the workings of that greater something, it would be spiritual study. If from the information that the cell acquired, it developed a discipline that enhanced its awareness of the greater whole that would be its spiritual practice. If the cell became aware of other cells who had this same awakening and who had pursued it to a point where they actually were in harmony with the energies and patterns of that greater something, cells who could say, “I and the 'greater' are one', those cells would be spiritual teachers. You get the idea. Unity is the basis of spirituality, and all movement in the direction of a deeper experience of oneness can be termed spiritual.

The cell example, although impossible, makes a point. We, like the cells “live, move, and have our being” within a greater life. The various ways that we describe that life are indications of both the extent and the limits of our perception. In the opening lines of Shakespeare's Hamlet the statement is made, “there are more things in heaven and earth...than are dreamt of in your philosophy”. This applies as much to our individual musings as to contemporary scientific opinion, or the formulations of the world's religions. Each of these attempts at knowing have a certain merit to them, but are at best partial. It could not be any other way.

It is no far-fetched idea for any of us to say that we live within an ever expanding hierarchy of these greater wholes. The most obvious of these “greaters” are the connections we have with blood family members, the tribe or community, the nation, and more and more the planet. As human beings we all recognize ourselves to be a part of the “human family”. For a long time the obviousness of this observation could be ignored. The farthest we had to extend our sense of relationship was the local community, or maybe to our particular nation. We could feel sufficiently comfortable to think and act locally, only occasionally looking up to focus on a broader network of relationships. However, circumstances are such that today an awareness of our intimate involvement in things greater than ourselves is imposing itself on us. We don't have much choice. We have to wake up.

There are a number of other greaters which are perhaps less obvious, but which powerfully influence us. One of the most overlooked, but perhaps most potent “world” we live in is the world of thought – not just our own thoughts, but the environment created by the combined thinking of all of the people in the world. On one level it seems far-fetched to consider the possibility of being influenced by the thoughts of people we have never encountered, people who are not the leading thinkers, or movers and shakers on the world scene. If the president says something, it probably will affect us. If a famous scientist says something, we might consider it. Poets and artists can move us. But to believe that we are influenced by the countless nameless, faceless people, like you and me, out there somewhere thinking their private thoughts, might seem like a stretch. In the book ThoughtPower Annie Besant comments, “Most people think along certain lines, not because they have carefully thought a question out and come to a conclusion, but because large numbers of people are thinking along those lines, and carry others with them”. She goes on to point out, “There are also certain national ways of thinking, definite and deeply cut channels, resulting from the continual reproduction during centuries of similar thoughts, arising from the history, the struggles, the customs of a nation. These profoundly modify and color all minds born into the nation”.

The necessary companion of a broadening spirituality is a broadening level of responsibility – for our actions, our feelings, and our thoughts. As we unfold we lose the option of, “It's not my fault”. One of the greatest messages of the founders of the Theosophical Society which we find echoed in the global message of the Dalai Lama, is compassion. In The Voice of the Silence it says, “Compassion is no attribute. It is the Law of laws”. With the growing awareness of the ever presence of the One life, our responsiveness to the needs and suffering of the myriad individual lives participating in the greater whole must also grow. Spirituality is not merely a balm for the individual soul; or a feeling of peace and harmony, although certainly these are some of its byproducts. The problem with genuine spirituality is that it exceeds the individual. It is a problem only in the sense that was expressed in the Christian scriptures, “the spirit is willing, but the flesh is weak”. A sense of responsibility for the suffering of others, which is the hallmark of spirituality, is an uncomfortable mindset for the immature personality steeped as it is in self-admiration.

Fortunately, our level of control over this process is minimal. Much like a gardener, our role in all of this is not to manipulate the sunshine, or cause the sky to rain, but to nurture and provide the conditions for the seed to grow. As we wisely fulfill this role, within ourselves we witness the stirrings of new life. The seeds of compassion, kindness, and responsibility, which ultimately yield the fruits of the spiritual life, come alive and flourish. May this time soon arrive for all of us.